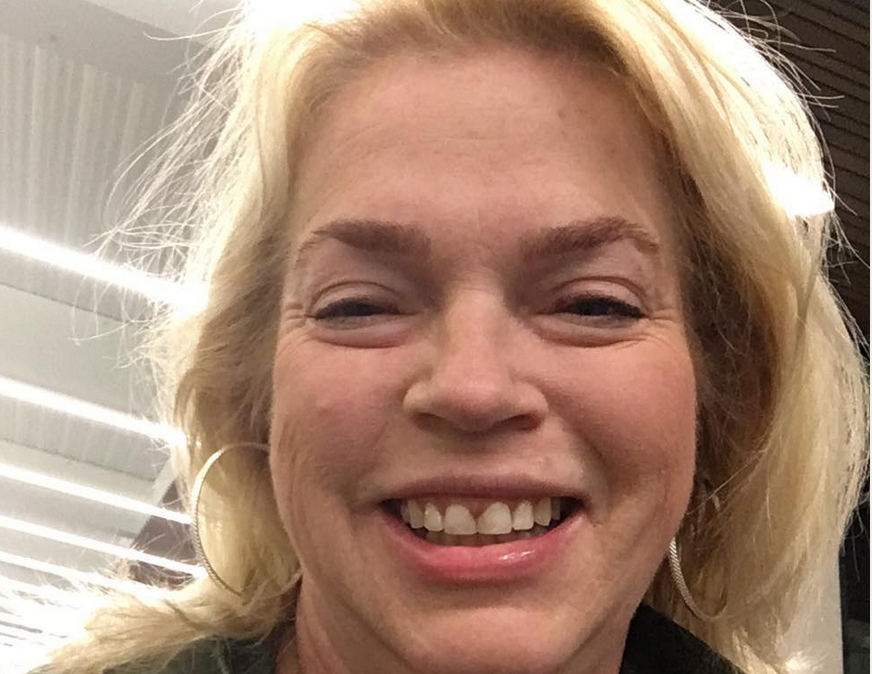 Though Sister Wives Season 14 has come to an end, fans are still keeping up with their favorite stars via social media. Most of the updates on social media are positive. The wives are spending more time with their kids due to the coronavirus lockdowns. This is leading to plenty of special moments.

Not everything the family shares is positive though. On social media about a week ago, Janelle Brown opened up about her skin cancer scare. She reveals that she was diagnosed with skin cancer.

Janelle had a mole above her lip, but she didn’t think anything of it. The Sister Wives star shares her thought process, saying, “It came in the one spot my cold sores have occurred for decades. I’m so careful about sunscreen, because I’m so fair, it never occurred to me that it may be skin cancer.”

So, Janelle didn’t even think it could be skin cancer. She assumed she was in the clear because she wears sunscreen all the time. Because of this, Janelle waited a year before seeing a doctor. She thought it was just a scar so she didn’t see a reason to see a doctor. She tried a few scar treatments at home.

Eventually, because she waited a year and it didn’t go away, even with the at-home treatments, she decided to visit a doctor. She made an appointment, but it was canceled due to the coronavirus. She explains, “In mid-April, they brought their telemedicine online and I saw my doctor via my phone. I had it biopsied a week later and removed yesterday.”

Well, Janelle reveals that the biopsy revealed basal cell carcinoma. This is a common type of skin cancer, and it typically affects people with fair skin.

Savanah and I got outside for a walk, enjoying some sunshine and fresh air. Good for the body and soul. We have been doing this more and finding more and more time for talking. A nice bonus to this – to connect more with your teen. It was nice to see that people automatically observed social distancing as we passed them. #familytime #momsanddaughters #quarantine #socialdistancing

Fortunately, basal cell carcinoma is a type of skin cancer that’s easy to treat. So, Janelle had it removed. She talks about the experience, saying that there was, “little discomfort considering that they had to take a dime size lesion off my upper lip.”

Things are looking up for Janelle and she will be just fine. She is going to have to take additional precautions to protect her skin.

Fans are relieved to hear that Janelle is okay. So, did you know about Janelle’s skin cancer scare?

The fate of Sister Wives is unknown. Christine Brown previously hinted at another season. Stay tuned for more updates from TV Shows Ace.