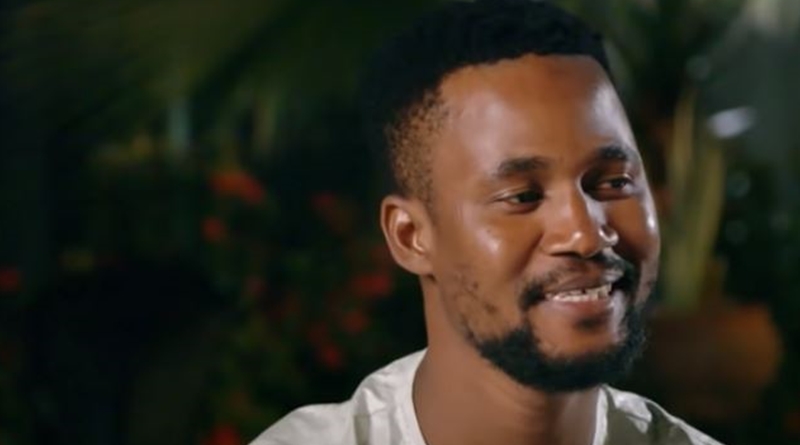 90 Day Fiance: Before The 90 Days Tell-All got leaked, unedited footage. Lisa dominated much of it using foul language and totally disrespected Shaun Robinson, as well. Shaun tried preventing the use of the N-Word with Sojaboy, but Lisa shut everyone down. Now, because Sojaboy seems unconcerned by the racial slur, many fans no longer support him on his official Instagram.

TV Shows Ace reported about the leaked Tell-All footage. Lots of things emerged, but Lisa mainly dominates the social media chat after her performance. Furious and disgusted fans hated that she “dominated” the Tell-All with a lot of bad language. But their fury over her repeated use of the N-Word with Usman (Sojaboy) really gets their goat.

For those critics, Lisa’s rather unedifying performance during the 90 Day Fiance Tell-All just capped their feelings about her. And now, Sojaboy seemingly takes a hit with previously loyal fans turning on him. Many of them, including Nigerians, grow angry that he “allows” her to disrespect him so badly. The anger became evident when Usman posted up a photo and asked, “Where are my #SojasNations?”

Fans diss on Sojaboy because of the way Lisa treats him

The final straw for many fans came when Sojaboy spoke about Lisa using the N-Word with him. The Blast reminds readers that came when he said, “I can’t call you any name. Lisa, last week you called me ni—er. Which I know is totally inappropriate in America, because I am used to how you are behaving.'” Well, that won him no love at all. Fans think he debases himself by accepting ill-treatment from Lisa.

One upset 90 Day Fiance follower wrote, “Don’t allow yourself to be so publicly disrespected. If Lisa really loves who you are then she needs to maybe try and not act so controlling. to date a black man does not mean to own you.” They added, “The n word is a no no for her to use.” Another one hit hard with, “There are no nations of Sojas for you… Kings don’t lay in the gutter with trash. You’re a slave. You let that white woman call you a N. I’ve lost all respect for you.”

Plenty of people hated that Sojaboy allows himself to be disrespected. And, someone mentioned the rumors they heard about the couple splitting. Others talked about how they suspect they already divorced. Many 90 Day Fiance fans hope so. But, it seems that Sojaboy’s got a long way to go for letting his woman use the N-Word with him.

One person of color really slammed Usman. They wrote, “You claim to be a proud Hausa man yet you allow your wife to disrespect you by sticking up her middle finger at you, calling you a N—–…and cursing you using the F bombs.”

Where are my #SojasNations? I have love for everyone ❤️❤️❤️

Degrading to people of color everywhere?

The angry 90 Day Fiance follower added, “you continue to act like you are unbothered by it. Are you seriously so determined to come to America that you would allow this disrespect to be aired on television without demanding a public apology from your wife?” Next, they raged, “You are a disgrace to black men and women every where. We are ashamed of you.” Finally, they noted,  You would never put up with a Hausa woman speaking to you this way, so why allow a white, non attractive woman who is old enough to be your mother, speak to you in this derogatory way?”

They stated the sentiment of many other 90 Day Fiance fans when it comes to his music: “I wouldn’t buy your music if it came in a platinum and diamond encrusted box for free… this is degrading and belittling to Black people everywhere.”

What do you think about all those fans going off at Sojaboy for “allowing” Lisa to disrespect him? Sound off in the comments below.