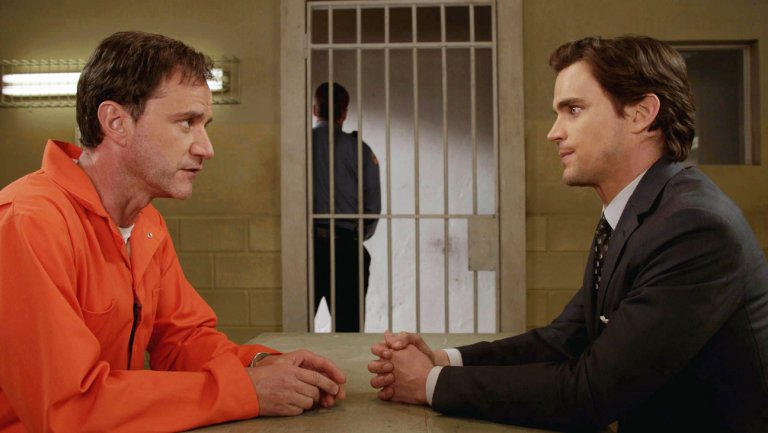 Jeff Eastin joins a fan in wondering what fans miss most about White Collar.

Executive producer and creator of White Collar, Jeff Eastin, has been pushing HARD for a reboot of the series. And, as we previously reported, both fans and core cast members are here for it.

Jeff Eastin continues to push the idea on Twitter.

Jeff Eastin has been pushing White Collar related content on Twitter for a period of time now. He has engaged in conversation about a reboot. He has shared stories related to a potential reboot. And, he has even praised White Collar fans for pushing so hard for the reboot to happen.

Matt Bomer, Tim DeKay, and Willie Garson all noted on Twitter they were up for a reboot. So, if the reboot happens… Fans would get to enjoy Neal, Peter, and Mozzie once more!

Just yesterday, a fan questioned what people miss most about White Collar.

A little less than 22 hours ago, one fan of the USA crime drama posed an interesting question on Twitter. They pondered what fans missed most about the addictive show. The individual even posed a few possible ideas on what fans could miss most:

Jeff Eastin appears to be keeping up with White Collar related chatter on Twitter. In fact, he noticed the tweet wondering what fans missed most about White Collar. And, he responded to it.

I'm curious to know that myself.

So, did fans tell Jeff Eastin what they miss most about White Collar?

Those who responded to the topic of conversation had a lot to say on the subject.

One Twitter user noted there would be a lot of different points of view regarding what fans miss the most about the series. They, however, clarified that is not the important takeaway.

But we’re united in this: we want the gang back, some adventure, happy endings for all.”

A second Twitter user opted to chime in with a much more specific answer. They noted what they missed most was the relationship between Peter and El.

I miss watching a show that depicted a husband/wife that were on equal footing, had love & respect & complimented each other. Peter & El were passionate about their jobs without sacrificing their relationship in the process. #whitecollarfamily pic.twitter.com/Stm6HEjs2g

As those who have watched the series would agree, El and Peter did have a truly beautiful relationship. They shared the kind of relationship fans desire to see more of on television.

Could he be fishing for what a new season of the series would need?

Fans of White Collar remain hopeful and elated to see Jeff Eastin continuing to push White Collar on social media. But, could he be fishing for content and story line ideas for a potential reboot?

Do you ever really know the ones closest to you?

Unfortunately, a reboot of White Collar has NOT been confirmed yet. But, fans remain hopeful! And, it certainly wouldn’t be the first time a series rebooted after being cancelled several years prior.

So, what do you miss most about White Collar? Are you holding out hope for a reboot?