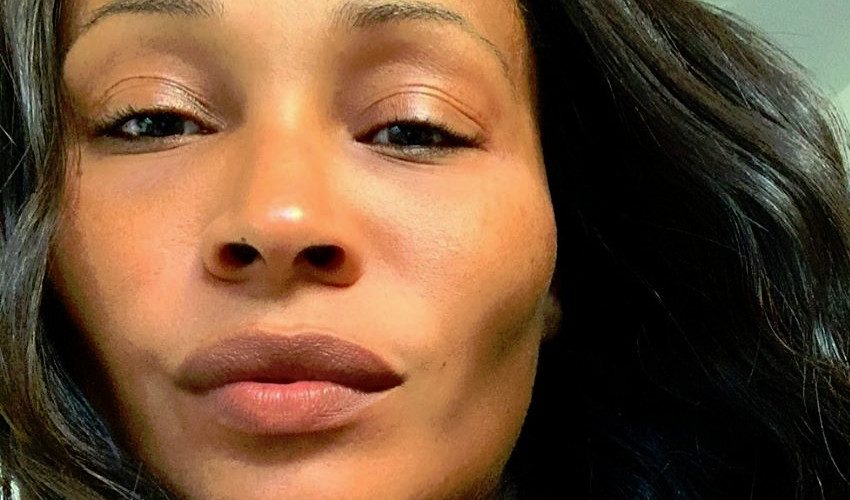 The end of an era? Sources report that Cynthia Bailey is leaving The Real Housewives of Atlanta after 12 seasons. What do we know about the alleged exit?

While it seems like Cynthia is an original star of the Real Housewives franchise, she’s not. The former model joined RHOA along with Kandi Buress at the start of Season 3. Over the years, fans have seen her marry and divorce Peter Thomas and co-parent her daughter with ex, Leon Robinson. Cynthia will marry Mike Hill later this year.

Online blogger Tamara Tattles reports that her RHOA sources tell her Cynthia is done with the Bravo show. The blogger’s original report said that Cynthia quit. However, a new update indicates that the production company offered the RHOA star a reduced role at a lower rate.

The demotion is similar to the offer Bravo gave to RHOC star Vicki Gunvalson. While Vicki did appear in Season 14 in a limited role, she declined to return for Season 15 unless she was given a full-time role.

As a result, Tamara Tattles refers to the Cynthia situation as being “Vicki Gunvalsoned.”

Cynthia May Be Moving to California

In another report, Tamara Tattles reports that Cynthia’s Atlanta home, ‘Lake Bailey,’ is up for sale, unlisted to the public.

Cynthia’s daughter, Noelle, lives in Los Angeles with Cynthia’s fiancé, Mike Hill. Fans speculate that Cynthia may be making the move to L.A. after the wedding to live with her new husband and daughter.

The Real Housewives of Atlanta wrapped up Season 12 last month. Due to the coronavirus quarantine, the reunion happens remotely via webcam. The three-part reunion starts this Sunday, May 10.

TV Shows Ace reports that the sneak peek of the trailer released by Bravo shows a lot of drama between the RHOA ladies. However, fans note that Cynthia is barely in the trailer at all.

Fans have been shading Cynthia for years for staying in the background when it comes to drama between her co-stars.

One fan asked if Cynthia was even at the reunion.

Cynthia was front and center for much of the Season 12 ‘Snakegate’ drama. As fans know, Cynthia allegedly spoke poorly about NeNe on an audio recording.

However, the alleged snake, Yovanna Momplaisir, alleges at the reunion that the tape never existed, TV Shows Ace reports.

Cynthia Posts Cryptic Message About Not Giving Up

Another indication to fans that Cynthia’s RHOA days are over is a recent Instagram post with a cryptic message. Hours after the news of her supposed exit, Cynthia posted a photo of her reunion look.

“The strongest people are not those who always win, but those who don’t give up when they lose.” #motivationmonday #modelmonday

Do you think Cynthia is leaving RHOA?

Part 1 of The Real Housewives of Atlanta Season 12 reunion airs Sunday, May 10.