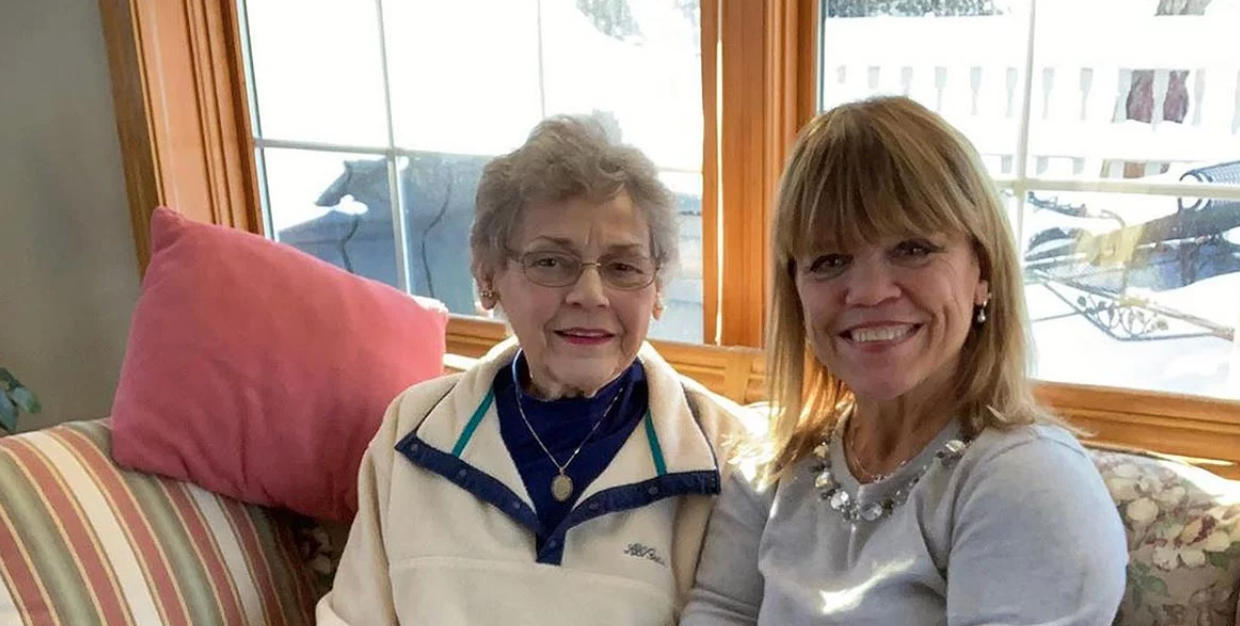 The next episode of Little People, Big World airs Tuesday, May 5 on TLC. The episode includes the kickoff of pumpkin season at Roloff Farms. So, it’s full of happy and exciting moments. But, the LPBW family is also crushed by the loss of Amy Roloff’s mother. In an exclusive clip from PEOPLE, Amy opens up about this hard loss.

Amy’s mother, Patricia Knight, spent several months in the hospital prior to her death. So, the news of her passing was not a big shock to the family. But, Amy does reveal that her mother’s health got worse quickly. Amy was open with her social media followers amid her mother’s health challenges. In June, Amy revealed that she was heading home to Michigan to visit her parents due to her mom’s health issues.

When her mom passed away in September at the age of 86, Amy spent some time with her dad so he didn’t have to be alone. At the time, the LPBW matriarch spoke with PEOPLE about the loss and said, “I am so sad about my mom’s passing but comforted by all the memories I have and that she lived a happy, long life with my father. She was a great mom. Thank you for all the condolences and well wishes. Life is a gift, appreciate the moments in each day.”

The last two weeks have been a roller coaster ride. Happy and sad. Chris asked me to marry him and I couldn’t be happier – I said Yes. ❤️ and so excited and looking forward to continuing our journey together. 😊💍 So sad because A few days later my father told me mom was in the hospital and a day later my sister told me mom had passed away. She died on the 24th. My heart broke, I cried and sadness came upon me. I didn’t know what emotions to feel. Happy one moment sad the next. The woman who raised and taught me so much and loved me along w/ my dad passed away. She isn’t here anymore. I won’t be able to see and talk to her. And yet she’s not in pain and hurting anymore either. She lived a good life with my Dad. She didn’t have to go in a home but was able to stay in her home until she died. She would have been 87 years old and my parents would have been married 67 years on the 3rd. I’ll miss her a lot. I’ll miss not seeing her when I go back home – her strong feisty ways along with her gentle soft loving heart. I’m thankful for so much because of my Mom. I’m thankful she believed and had faith and know she’s with Jesus now. I’m thankful I got to talk to her on Sunday before she went to the hospital and then passed away. I know she’ll never stop loving me and is proud of me, I’m thankful all my kids got to go to Michigan last summer and see her and my dad and she got to meet her great grand kids. She was happy because of that. ❤️ I’m sad because I won’t be able to see and talk to her anymore and yet happy because she’s home with the Lord. I pray for my Dad. He’s by himself and He misses her so much. He’ll be 91 soon and he lost his friend, his wife and the person he’s known for over 70 years and been married to for 67 years ❤️ Even in my mom’s passing she is lovingly teaching and reminding me- life is but a moment. Be and do your best today and if tomorrow comes do it again. Mom, I love you ❤️ always. 2 Timothy 4:7-8

As mentioned, the new episode includes the loss of Amy’s mother. In the episode, Amy reveals that her mother has passed away. She says, “My mom was 86 and she passed before my parents celebrated their 67th wedding anniversary and you know, she was just having some health issues. Eventually they found out that it was her heart. So her heart was starting to give up.”

Then, Amy adds that she’s heading to Michigan to be with her father. She wants to spend time with him and comfort him during this time. “I want to go to Michigan about three days prior to the memorial service, so I’m going to leave right after the prom. I’ll definitely be missing pumpkin season.” As TV Shows Ace reports, Amy is planning an adult prom since she missed hers as a high schooler.

Amy is dealing with a lot of emotions during this time. She has both happy feelings and sad ones. Just weeks before her mother’s death, the LPBW matriarch got engaged to her boyfriend Chris Marek. But, at the same time, she’s grieving the loss of her mother. It’s hard for Amy to navigate all of the emotions, especially when there’s a mix of them.

The new episode of Little People, Big World airs Tuesday on TLC. Will you be watching it?