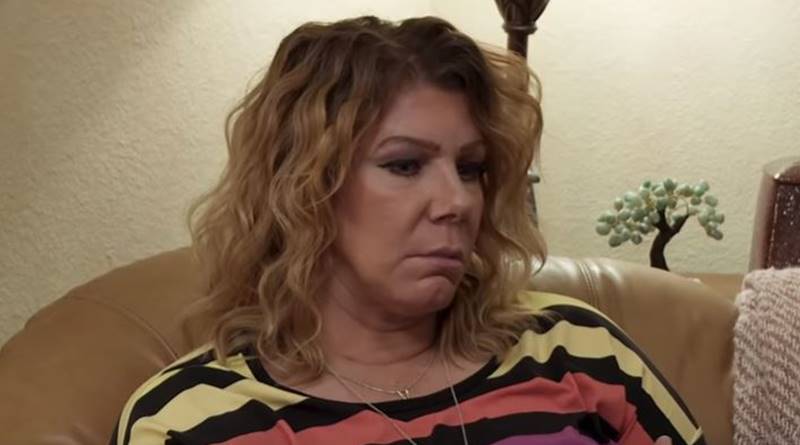 Sister Wives star Meri Brown’s sister passed away at the age of just 32 in 2006. It’s been 14 years since she succumbed to cancer but she’s not far from Meri’s mind. Teresa Barber Kunz would have celebrated a birthday on May 2, so Meri shared a tribute to her memory on Instagram.

Sister Wives star Meri remembers her sister on her birthday

Teresa passed away just 11 months or so after her bowel cancer diagnosis. Close to her sister, Meri took to Instagram to remember and honor her memory on May 2. In her post, she explained that Teresa simply adored Disneyland. And, fans know that when Meri visits the place, she seems to be in a happy place. So, perhaps every time she goes there, the memories of her sister flood back. Memories can be so bittersweet. In her post, she shared a throwback photo of Teresa at Disney World in Florida.

The photo resulted from an occasion after her diagnosis. According to the Sister Wives star, as children, they often visited Disneyland as their grandparents lived in Southern California. A dedicated Mickey Mouse fan, Teresa always hoped that one day she could visit the Florida Disney World, Meri Brown said. So, when she became ill, her husband took her there. And, for Meri, the fact he did that still sits very well with her.

In her post, Meri urged fans to go and live their lives and “dreams.” Referring to the photo of her sister smiling and standing next to Mickey Mouse, she reminded people that life’s too short and can be “cut short” at any time. She added, “Love your people…Teresa was way too young, but she lived her life to the fullest while she was here.” Then Meri noted, “How strange it is that I’ve lived 14 years without her here,” before wishing her “sweet sister” a happy birthday.

Meri and her granddog #meribrown #sisterwives

The Sister Wives Blog reminds readers that after Teresa passed away, Meri talked about her on the early seasons of the Sister Wives show. The outlet noted, “Every time she speaks of her, tears well up in her eyes. They were obviously close, loving sisters.” As Teresa also lived a polygamous lifestyle as a second wife, at least she passed on knowing her children would be raised in a close and loving family. Meri used her sister’s death to remind viewers of the importance of medical checkups.

Meri and all her siblings went for a colonoscopy after her sister’s death and they all tested positive for polyps. When she passed away, the checks the family underwent possibly saved the others from suffering a similar fate. Perhaps, Meri talking about the painful loss also saved fans of the Sister Wives show who went along for the same checkups.

If you know me at all, you know how much I LOVE Disney. All things Disney. Mr Walt himself I am fascinated with. If you may have had the pleasure to know my sister Teresa, you would have known that her love for Mickey would have left me in the dust! I mean, Mickey was where it was at! We were lucky enough to have grandparents who lived in southern California, and most summers we got to visit, and always went to Disneyland. Teresa always had a dream of going to Disney World in Florida. When she was diagnosed with cancer, her sweet husband knew it was time to get here there. I'm so glad he did. This is one of my favorite photos of her there. What a dream come true for her!! Go, live your life. Live your dreams. Love your people. You never know if life will be cut short. Teresa was way too young, but she lived her life to the fullest while she was here. How strange it is that I've lived 14 years without her here. Happy Birthday sweet sister!! 💙💙💙 #LivingMyWhy #BecauseICan #LoveWhatIDo #LoveWhoIAm #LiveYourLife #LoveYourLife #LiveYourDreams #HappyBirthday #Family

One Sister Wives fan mentioned they worked with Teresa and loved her sweet nature. Then another one wrote, “You only get one life, Meri. I hope you too are making the most of it. ❤️” Do you agree that’s something everyone should think about? After all, during these difficult times, death isn’t far away from the minds of everyone who lives through the coronavirus.

Remember to check back with TV Shows Ace often more news about the cast of TLC’s Sister Wives.

Hallmark’s ‘Welcome To Mama’s’ Brings Romance To Loveuary
Bates Fans Go Full Throttle On UPtv, Dumping Network In Droves?
‘My 600-Lb. Life:’ Can Dolly Martinez Get Her Life Back?
‘Too Hot To Handle’: Are Nathan Soan & Holly Scarfone Still A Couple?
Did TLC Canceling Duggars Inspire UPtv To Cancel The Bates?