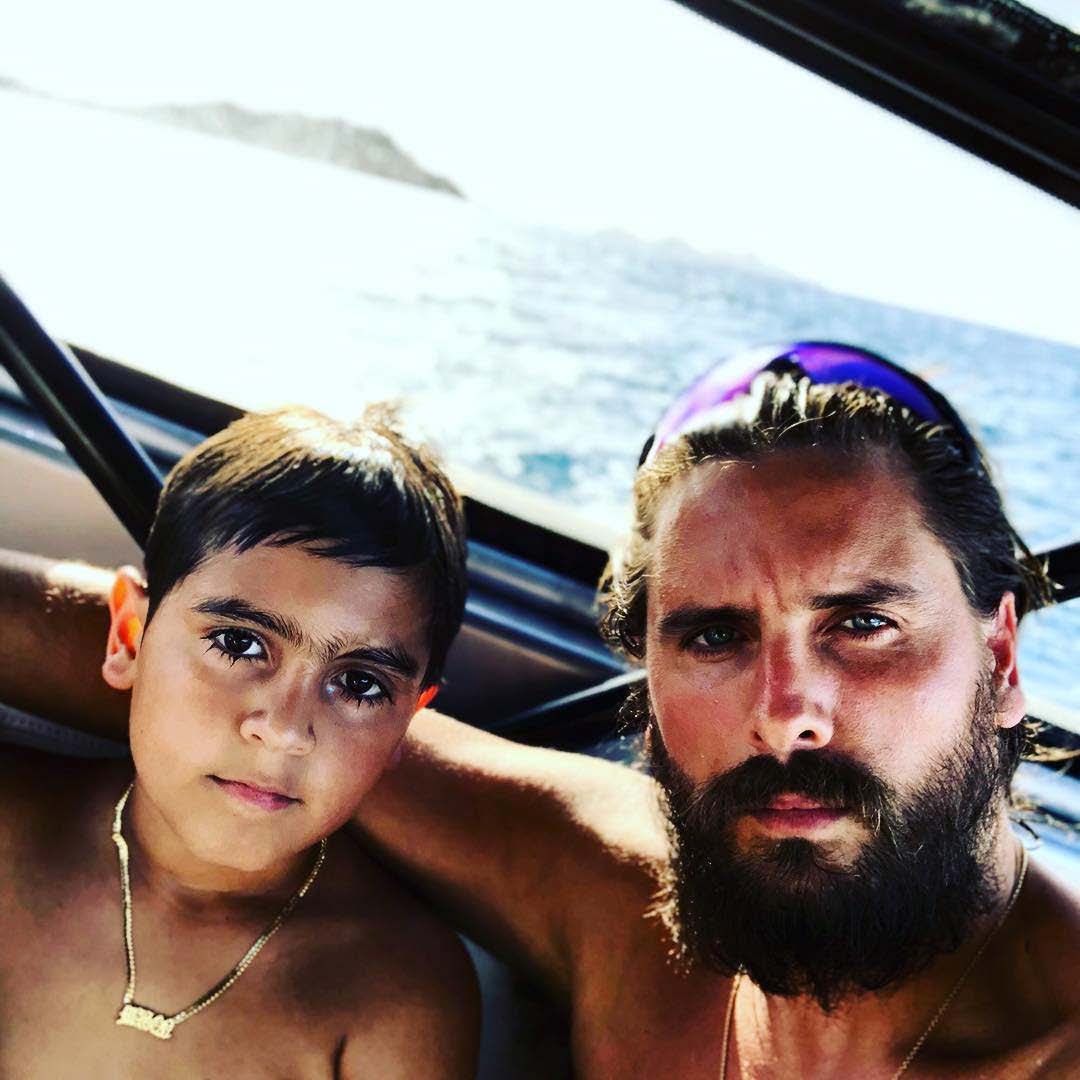 Keeping Up With the Kardashians star Mason Disick drew attention to himself on social media, again. Mason is the 10-year old son of Kourtney Kardashian and Scott Disick. The pre-teen is already making quite an image for himself. This is the second instance in a few short months that Mason makes headlines with his online escapades InTouch Weekly reports.

This draws the attention of fans. One even comments, “He is rich rich.”

As early as February, Keeping Up With the Kardashians fans spot Mason on TikTok and Instagram. InTouch Weekly reports, Mason collaborated with Landon to make the most recent TikTok video that causes a stir. The video isn’t recent, however, fans find that Mason is still active on his account. Thus, the video resurfaced.

Ultimately, TikTok removes the Keeping Up With the Kardashians youngling’s account when they initially discovered it. The platform cites that his account was deleted for violating their terms of service. Consequently, this is because users of the social media platform must be 13 years old.

I’m so proud of the place we’re at as parents to our children now and all the work we’ve put into getting here. Video on our biggest challenges and what works for us on poosh.com

When it comes to Mason’s Instagram, his mother, Kourtney Kardashian, took down his Instagram. The oldest Keeping Up With the Kardashians sister took to Instagram Live to update fans. “I did delete [it] because Scott and I just felt like he isn’t… he’s 10. I think there’s an age limit,” she says. Kourtney also says, “The thing that really worries me with kids is just comments, people can be so mean.”

Recap On the Jeffree Star Beef

Fans may remember the feud between Mason and makeup mogul, Jeffree Star.

No better name could suit you my baby True…such True love I see between you and your mommy. Happy Birthday sweet girl.

The Keeping Up With the Kardashians bunch are no strangers to drama. A family insider tells InTouch Weekly, “Mason sticks up for his family, and he knows more about the feuds between Kylie [Jenner] and Jeffree and Kim [Kardashian] and Jeffree than anyone suspected.”

In April, Mason took to TikTok and called Jeffree “spoiled AF”. TeenVogue reports that the comment is in response to a fan asking Mason who his favorite beauty gurus were. To which Mason responds, “I don’t really watch makeup YouTubers, but I think James [Charles]- he’s really nice. Because Jeffree Star is, like, spoiled AF.”

Jeffree’s response on Twitter has since been deleted, but TeenVogue was able to get a screenshot.  Jeffree tweets, “I had $500 in my bank account six years ago… Maybe he’s confused with his own privilege versus mine being self-made, hopefully his father can educate him soon.”

Keep it tuned to TV Shows Ace for your Keeping Up With the Kardashians and reality television news!