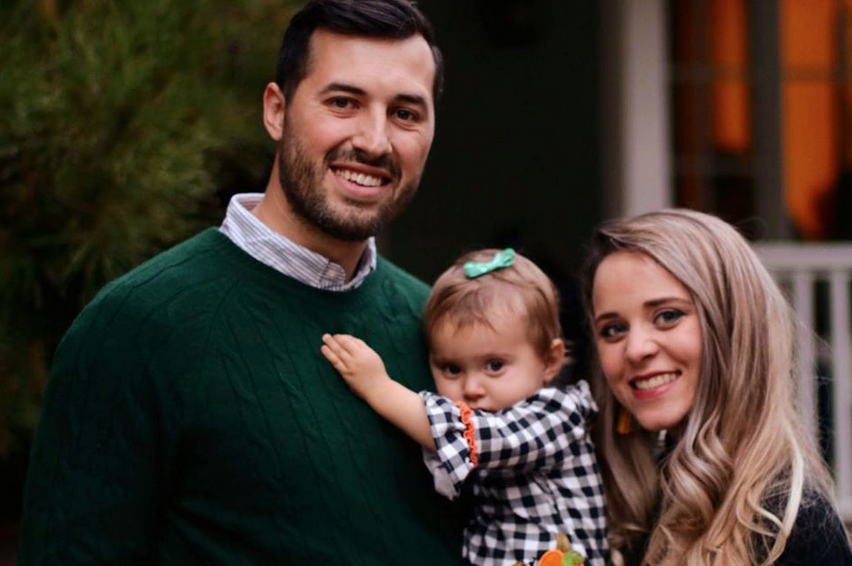 After Jinger Vuolo shared a photo of herself and her husband Jeremy Vuolo, Duggar fans grew concerned about the state of their marriage. In her post, Jinger writes, “Two people, joined together as one; two souls bound in a commitment of love and loyalty. Marriage is a beautiful reality.”

The picture Jinger shared with the caption is of herself and Jeremy sitting in the grass together. She got her arm around him and she’s smiling at him. The couple looks happy in the picture. And, some fans mention how “in love” the couple seems. But, other fans just don’t buy it.

Two people, joined together as one; two souls bound in a commitment of love and loyalty. Marriage is a beautiful reality.

One of Jinger’s followers commented, saying, “I’m a big believer in the theory that the more one brags about one’s wonderful, amazing relationship on social media, the worse that relationship is.” Others left similar comments. They think that this might be a coverup for their possible relationship issues.

In the past, fans have wondered whether Jinger is really happy. She and her husband moved away from her family in Arkansas. They lived in Laredo, Texas for a little while. Then, they moved to Los Angeles, California. So, she’s away from her family and living a new life in a new city. She appears to be happy on social media, but some fans are convinced that she’s faking it.

Jeremy and Jinger recently made a video where they played a game of Would You Rather? After watching the video, Duggar fans feel that Jeremy is “controlling” and “argumentative.” Fans point out that he argues with every one of Jinger’s answers. He doesn’t let her answer for herself and makes her defend her answers.

It’s worth noting that fans don’t see it all. Jeremy and Jinger each post on Instagram a couple of times a week. They are on Counting On when it’s airing new episodes. But, fans only see a small portion of their actual lives. So, other fans argue that it’s unfair to make those kinds of assumptions about their relationship. While things may look bad, Duggar fans aren’t looking at the big picture. Much of the couple’s life is private, despite being in the public eye.

No one really knows what’s going on between Jinger and Jeremy. And, it’s unlikely that Jeremy and Jinger will tell fans if things aren’t going well.

So, what do you think of Jeremy and Jinger’s relationship? Share your thoughts below.