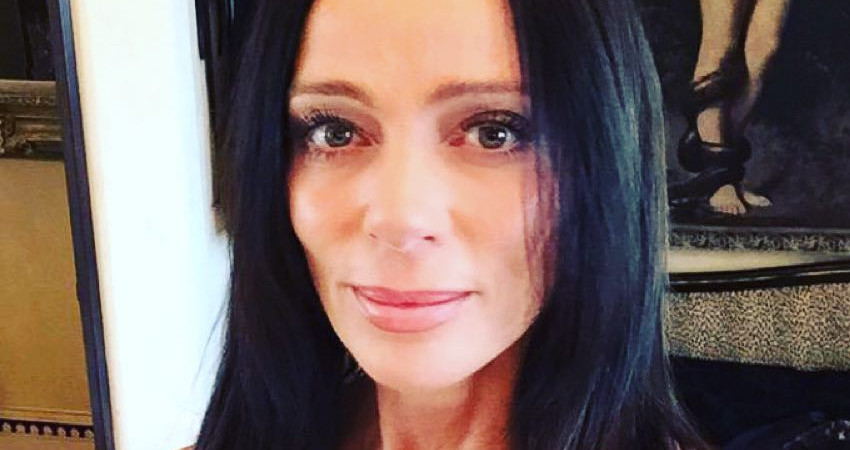 The Real Housewives of Beverly Hills star Kyle Richards is the last original Season One castmember still on the show. As such, she’s been there for the revolving door of Real Housewives ladies. Which of her former co-stars is her least favorite? The answer may surprise you.

After the April 29 show, Kyle was a guest on Andy Cohen’s Watch What Happens Live. Kyle talked about how ‘weird’ it was at first without Lisa Vanderpump, TV Shows Ace reports.

As fans know, Lisa left RHOBH after a falling out with Kyle and the other ladies during Season 9.

While discussing Lisa, Andy asked Kyle about which of her 17 former co-stars “brought the least” to RHOBH. Kyle barely hesitated before blurting out Season 4 star, Carlton Gebbia, Reality Blurb reports. According to Kyle, Season 4 is “the season I like to pretend never happened.”

Watch this YouTube clip of Kyle and Carlton arguing on Season 4 of RHOBH.

Kyle Stills Thinks Carlton Put a Spell on Her

Carlton was RHOBH’s resident witch. As a Wiccan, Carlton believes in crystals, spells and other “freaking freaky” stuff, as Kyle calls it.

After an argument between Carlton and Season 4 castmate Joyce Giraud, Joyce’s husband fell ill. Joyce thought that Carlton put a spell on her husband.

In another weird situation, Kyle’s screensaver on her computer changed abruptly from a family photo to words like “bigot.” Kyle confided in Joyce that she thought Carlton put a hex on her computer.

Earlier this week, Kyle told Andy on WWHL that she still thinks Carlton put a spell on her. She said, “I’m still convinced that she put a spell on me because bees always torture me in the most random places.”

Andy and RHOBH star Teddi Mellencamp, who was on the panel with Kyle, awkwardly laughed off Kyle’s comment.

One of the things that makes the Real Housewives franchises successful is the real friendships between the women. According to Andy, that played a huge part in Joyce and Carlton’s RHOBH exit after just one season.

He says that the two women’s lack of prior connection to any of the RHOBH stars is why they were both fired after Season 4. Ahead of Season 5, Days of Our Lives actress Lisa Rinna was brought onto the show.

As Andy notes, Lisa had a previous connection with Kyle and some of the other ladies that made it easier for her to fit in.

Tell us in the comments what you remember about Carlton and her doomed Season 4.

The Real Housewives of Beverly Hills is just starting Season 10. It airs Thursdays on Bravo. Watch a preview of next week’s episode below.

Rough waters are ahead in Beverly Hills!