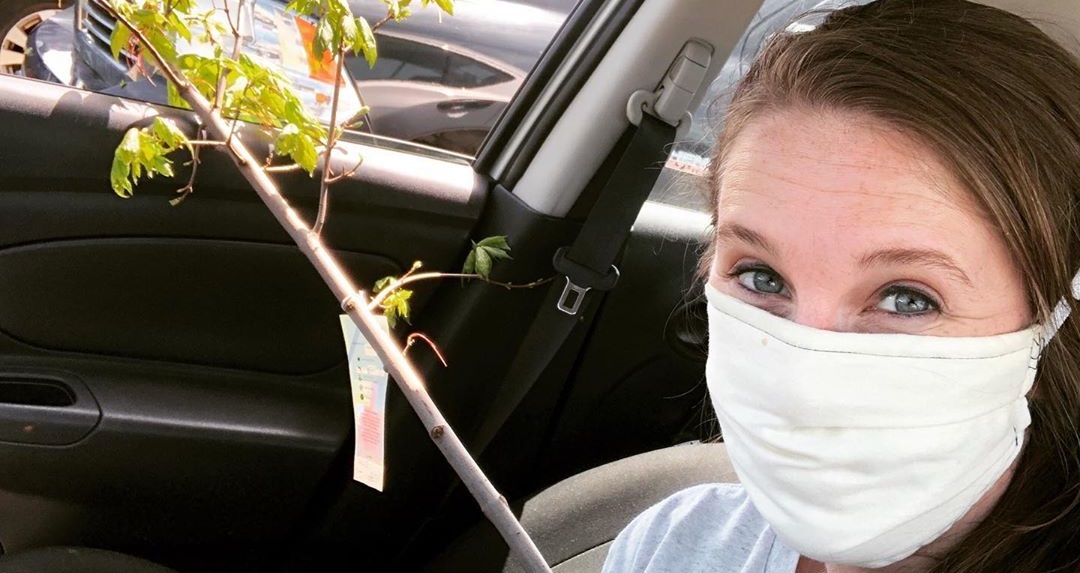 Jill Dillard shared a truly bizarre photo on her Instagram yesterday. The photo featured her freezer open with stuffed animals on every single shelf. She crammed the freezer full of stuffed animals. Was this a fun photo of something her sons did? Fans initially thought that might be the case. Reviewing the very lengthy caption… However, fans learn Jill Dillard (and possibly her husband Derick) placed all of these stuffed animals in her freezer.

Why did Jill Dillard cram all of her boys’ stuffed animals in her freezer?

According to the first paragraph of her VERY long Instagram caption, Jill Dillard reveals she and Derick learned Sam has an intense allergy to dust. While some parents in this situation will just throw the stuffed animals in their home out… Jill explains that both Sam and his brother Israel have a lot of stuffies they really love.

Jill noted that Sam’s allergist explained stuffed animals were a breeding ground for dust build up. Fortunately, the allergist also give Jill Dillard tips on how she could handle it.

“The allergist recommended freezing anything that’s tough to wash at least once a month for 48-72 hrs. to hopefully kill the dust mites!” Jill explained.

Will placing her sons’ stuffed animals in the freezer for a few days actually work?

Experts (including Sam’s allergist) recommending washing everything in hot water to kill dust mites. According to Nationwide Children’s Hospital, “The water should be at least 130 degrees F.” While some stuffed animals can technically be run through the washer and dryer, it is possible to damage them by doing this.

For things that cannot be washed, Nationwide Children’s Hospital says: “If it can’t be washed, place it in a plastic bag in the freezer for 24 hours. Freezing it will kill the dust mites.”

So, it does appear as if placing her sons’ stuffies in the freezer will work. It, however, is worth noting it doesn’t appear as if she placed any of them in plastic bags first.

🐻 Stuffies in the freezer! We recently found out Sam has strong allergies to dust! 😳 Both of the boys love their stuffies…so when the allergist mentioned they could be contributing to collection of dust it made total sense! . . 💦 In addition to being better at washing bedding and vacuuming at least once a week (I know…we still have carpet 😬), the allergist recommended freezing anything that’s tough to wash at least once a month for 48-72 hrs. to hopefully kill the dust mites! I usually bag them up to keep moisture off of them and contain them a little. 🤗 . . Do your kids have favorite stuffies or a lot of them? Do your kids have allergies? What have you done to help? ⬇️ Comment below ⬇️

Her followers reacted to the bizarre picture of stuffed animals in the freezer.

One follower admits they found how much space her family has in the freezer to be surprising. Some, however, questioned why the freezer was empty enough to accommodate so many stuffed animals.

Others pointed out that most stuffed animals could be washed as long as she did so on the proper setting.

What do you think about Jill Dillard putting her boys’ stuffed animals in the freezer? Do you think she should have put them in plastic bags first?

Teresa Giudice Said One ‘DWTS’ Judge Had It Out For Her
‘The View’ Sunny Hostin Attacks Ana Navarro, Whoopi Breaks It Up
‘Big Brother’ Fans Certain This Houseguest Will Win
‘The View’ Whoopi Goldberg Appalled, Threatens No More Shows
‘GMA’: Things Get Awkward Between TJ Holmes & Jenny Mollen