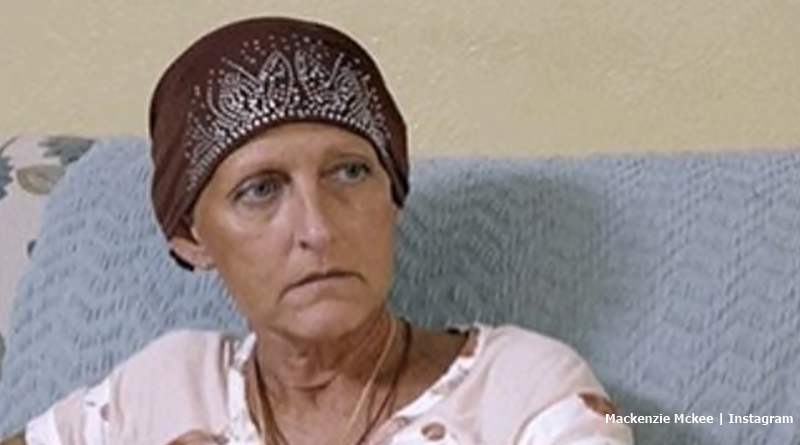 Teen Mom OG fans felt terribly sad when they heard that Mackenzie McKee’s mom passed away. Close to her mom, Angie Douthit, fans said they wept when she revealed a letter she found from near mom after her death. This week’s episode showed Mackenzie revisit her mom’s death back in December last year. Ahead of the episode, she spoke more about that very sad time.

TV Shows Ace reported in early February that Mackenzie discovered a letter her mom secreted away. Unsure when her mom placed it there, she discovered it in her bag. That came when Mackenzie traveled to New York. Previously, she always made the trip with her mom. They shared very special memories of the place. But this time, she discovered her mom thought ahead. Almost as if to soften the pain of going alone this time, she hid a letter for her daughter.

The note came inside a wallet inscribed to her “daughter,” and the touching contents got fans weepy on her Instagram. Many of them thanked the Teen Mom OG star for sharing such an intimate moment with them. Now, in the last episode of the show, those last few days with her mom again reminded fans of the tragic death. Before the show aired, Mackenzie talked with People about her final days. She died after fighting cancer for two years so so.

I have been to New York countless times but never without my momma. It was her favorite place and we always had the time of our lives there together. This trip was hard. I cried and was lonely but also spent time being thankful for these times with her. I opened my suit case after arriving and who knows how this wallet got here but it did. Mom, you figured out how to come with me. Thank you 💗

Mackenzie felt it right that fans shared her memories of her mom, Angie Douthit

When she spoke with the outlet, Mackenzie said that “so many people care,” and that helps her as well. So, she never objected to the last days of her mom being aired by MTV. Naturally, she really misses her mom and still looks for “closure.” But, she sounds grateful she could be there for her when she passed away. Her family knew Angie was dying. After a lifetime of giving love, they made sure she knew love right until the end.

The Teen Mom OG star recalled how they stayed by her mom’s side right up “until the end.” In fact, they feel she knew that they were “there for her.” Mackenzie explained, “We slept there, we stayed up all night.” Plus, she noted that they “held her until the end. She had us holding her until her last breath.” Now her mom’s gone, Mackenzie’s determined that she will also try and live her life the right way, in honor of her mom.

Tonight’s episode pays a special tribute to the best human I’ve ever watched on tv. We will continue your legacy momma. Please if you watch any episode, watch tonight’s in honor of her. @angiedouthit thank you @mtv for allowing her to share her story and spread Gods love. 8/7c tonight @angiedouthit

What do you think about the Teen Mom OG star opening up about her most intimate feelings for her mom? Did you also love Angie? Sound off your thoughts in the comments below.

Remember to check back with TV Shows Ace often for more news about the cast of MTV’s Teen Mom OG.