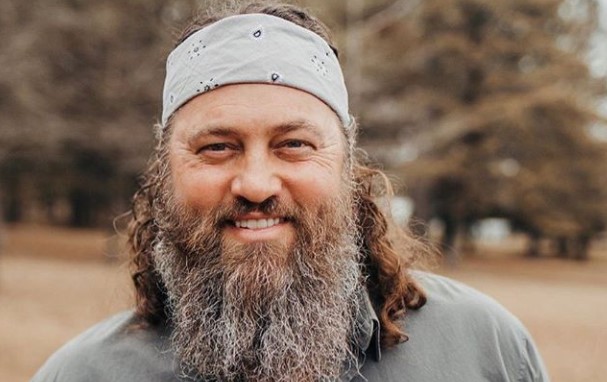 Willie Robertson the outdoors and reality TV star of Duck Dynasty had his family home riddled with bullet holes Friday. He says “I had just gone to the store when it happened.” However, there were other family members at the Monroe, Louisiana home when the shooting started. Including Willie’s wife Korie, his son John Luke Robertson, and his wife and infant son. Willie’s daughter Sadie and her new husband were also inside the home during this time.

Willie Robertson is so grateful no one was seriously injured at the time of the shooting. He claims to local media that eight to ten bullets had hit the home. However, there was one bullet that went through one of the windows on the gated property. Willie said, “our home and other buildings on the property are located far off the road.” “It looks like they were just spraying bullets across the property.”

How The Shooting Happened

Willie said, “witnesses told them that a F-250 pickup truck pulled up to the gate and just started shooting.” Willie said, “that whoever it was, knew they were firing on his home specifically.” He did not have any explanation on why they were targeted beyond that. “The family members did see the vehicle in question drive by at least once before the bullet’s started flying,” Willie said.

The truck was captured on surveillance cameras, and is helping in the investigation. The F-250 in question is either white or brown with large aftermarket tires and rims. The driver is a white male in his twenties. There seems to be other passengers in the vehicle at the time. Hopefully they will have luck finding the culprits. Willie Robertson said, “he is working very closely with the investigators.”

Staying Safe During This Time

Willie Robertson and the rest of the Robertson family are sticking with the stay at home order in Monroe, Louisiana. In order to keep the coronavirus from spreading everyone is being encouraged to stay at home. Since the drive-by happened during broad daylight the perpetrators knew that Willie and his family would be at home.

According to TMZ, Willie said, “no one was outside, but everybody was out there just five minutes before, we were all pretty shook up.”

The Robertson family is the kind of family who loves to give back to the community and the world. It’s hard to believe that anyone would want to cause harm to any of them. Even if this was a joke to some teens it’s a very serious offense. We hope Willie Robertson and his family find some sort of peace during this scary time.

You can re-watch Duck Dynasty on A&E or stream each episode to see what a great family the Robertson’s are. Sadly, this show is not filming anymore.