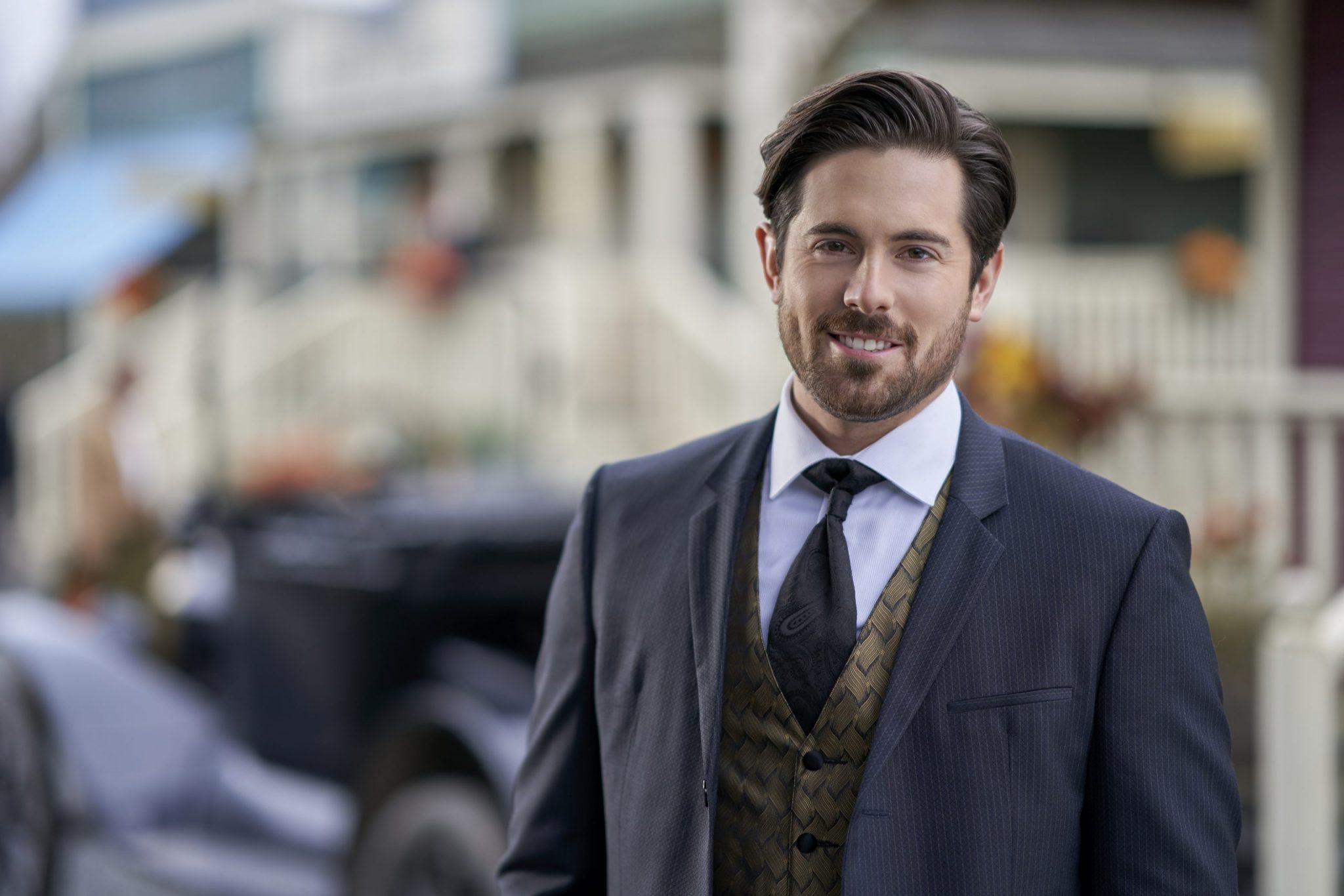 When Calls The Heart is ready to wrap up Season 7 on Sunday, and #hearties are still divided on which man Elizabeth should choose! Fans of Lucas Bouchard may be interested to find out what Chris McNally thinks of his character. Does McNally have any Season 8 wishes as well?

Chris McNally Shares What Surprises Him About Lucas Bouchard

Throughout When Calls The Heart Season 7, Elizabeth Thornton Thatcher has been become closer to both Lucas Bouchard and Nathan Grant. Both men have qualities that she admires. And both are clearly attracted to her.

Chris McNally recently spoke to TV Fanatic to discuss Lucas’ journey in Season 7. He reflects on what surprises him about the character, Lucas Bouchard, that he currently plays. McNally’s biggest surprise is Bouchard’s “confidence in risk/reward.”

Hearties see his adventurous spirit in how he deals with all adversity. He is a strong businessman and he trusts his intuition and his instincts. Lucas Bouchard is also a romantic. He believes in soul mates and he is willing to put his heart on his sleeve and go the extra mile to win his desired love’s heart.

While McNally does not know what will happen in When Calls The Heart Season 8, if there should be a Season 8. But he does believe that Lucas is so determined, he will do all that he can to win over Elizabeth’s heart. He won’t stop until Elizabeth makes her decision. That said, McNally insists that Lucas is a gentleman. “If she chooses to be with someone else, I feel Lucas will respect that decision.” McNally also adds that if he loses, Lucas will take this in stride. He will learn from the defeat.

Chris McNally was also asked why Lucas is the best man for Elizabeth. He is a well-traveled, adventurous man. Lucas brings something different out of Elizabeth. This gets her out of her comfort zone. This gives her an opportunity to grow as a person.
Could Nathan be Mr. Right? McNally is quick to list off his great qualities. Chris thinks that Nathan has some of the best traits for a life partner. He said that Nathan is a “sensitive, caring, and protective person.”
The irony of that question is that McNally nearly portrayed Nathan Grant. As TV Shows Ace reported, Chris McNally first auditioned for the role of Lucas Bouchard, but instantly knew that he blew his audition. The shy actor was lucky. Chris got a second chance. This came in the form of an  opportunity to audition for the role of Nathan Grant. Then, producers had him audition once again. This time for the original role of Lucas Bouchard.

Who Should Lucas Spend More Time With In When Calls The Heart Season 8?

So, who does Chris McNally think he should work with in a potential Season 8? He would love to work with Ben Rosenbaum. Chris admires Ben’s humor in the role of Hickam and would enjoy more scenes with the two together. In fact he envisions even more.  McNally could even see Lucas and Lee go into business together. Chris joked that they could “open a men’s clothing store since they both have great style!” But then added, “Just kidding,” after he made that hysterical suggestion.
TV Shows Ace has already reported that the cast would like to do a musical episode in Season 8. Hopefully WCTH will be renewed and #hearties can imagine more good times in Hope Valley real soon.
Be sure to check back with TV Shows Ace for the latest When Calls The Heart news. WCTH Season 7 final episode airs on Sunday night, at 8 p.m. Eastern, on the Hallmark Channel.