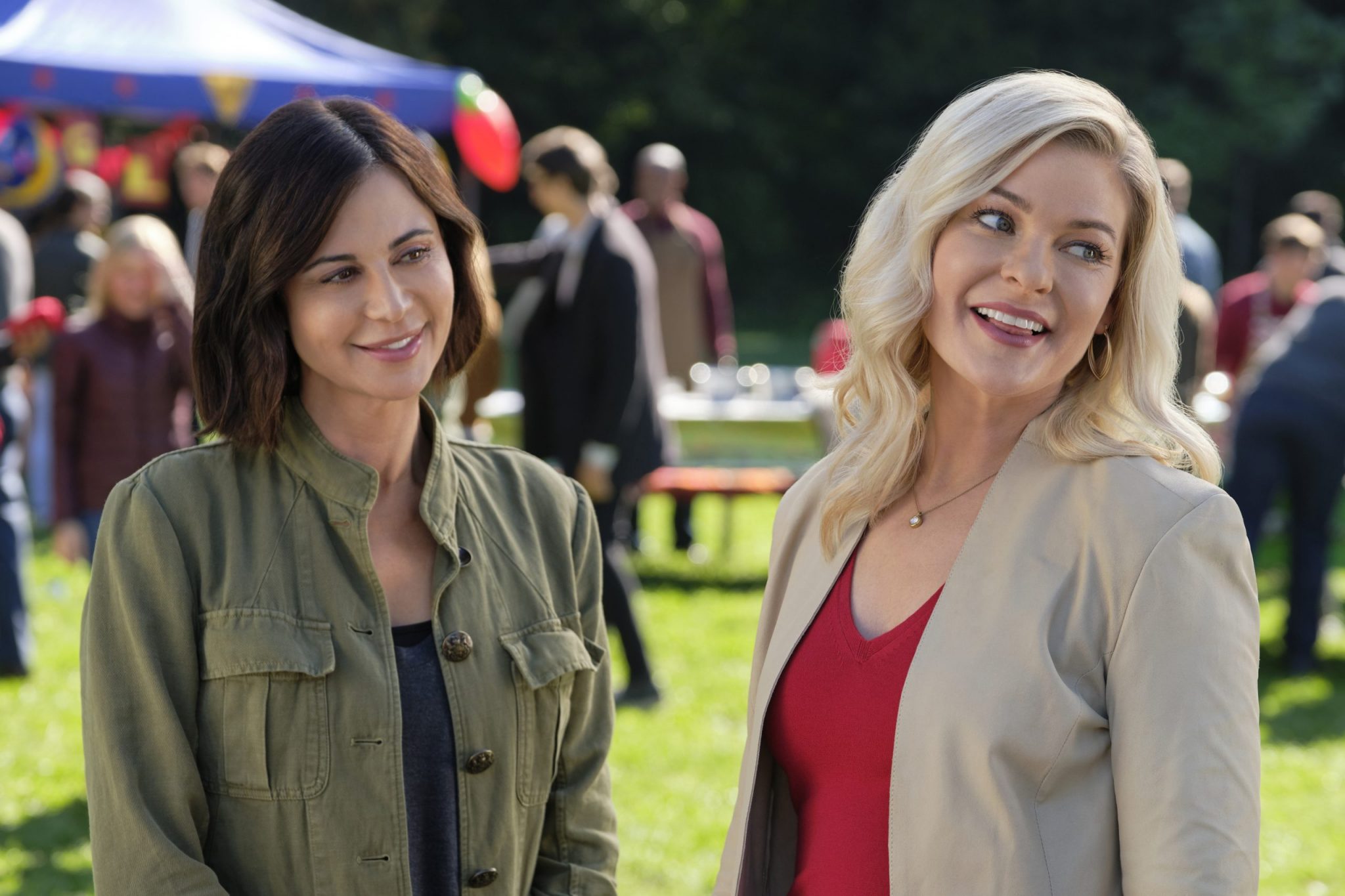 Good Witch is back on Hallmark, premiering on May 3. What do we know about Season 6, including who is coming back, who the mystery newcomer is  and which star will not be returning? Catherine Bell and Jamie Denton are back for another season  of mystery and magic.

Season 6 Will Be More ‘Mystery Based’

Good Witch is returning to Hallmark on Sunday, May 3. Are you ready for Cassie Nightingale (Catherine Bell) the sleuth? According to TV Insider, a newcomer, Joy Harper (Katherine Barrell) arrives to Middleton with a distinct purpose. She wants to renovate Mayor Matha Tinsdale’s (Catherine Disher) new abode. But, that is not Joy’s real motivation. According to executive producer Darin Goldberg, Joy is “investigating” the Merriwicks. “She’s got an agenda.”

Because Joy is staying at Cassie’s B&B, Grey House, Cassie can keep tabs on what sort of mischief Joy is up to. Catherine Bell reminds fans that Cassie has keen intuition. She always knows what other people’s “intentions” are.

That is not the only mystery for Cassie to solve. There is her cousin Abigail Pershing (Sarah Power) and Donovan Davenport (Marc Bendavid), her boyfriend. There appears to be a “confounding curse” that seems to be plaguing Abigail Pershing.

Good Witch fans may remember that at the end of Season 5, Sam found an antique music box. This object is interfering with Abigail and Donovan. Catherine Bell shared more about the importance of this object. “Cassie’s ancestors and the town’s [founders] were really interesting.” Bell then shared why there could be a major mystery from the past, for Cassie to solve. “There was a love triangle and some jewels that were involved in that, and curses — all of us get very involved in trying to figure it out.”

The names of the first two episodes have been released. According to the Hallmark Channel, Season 6, episode 1 is called “The Anniversary. This is Cassie (Bell) and Sam’s (Denton) first wedding anniversary! They are both empty nesters, as Grace (Bailee Madison) and Nick (Rhys Matthew Bond) are away at school. In this first big anniversary, Sam wants to match the sentiment of Cassie’s meaningful gift. Sounds romantic and a great start to the new season.

The second episode is “The Chili.” Cassie is judging a chili cook-off, a friendly, but competitive Middleton event. Sam finds himself bartering for that one key ingredient that he didn’t bring along.

Hallmark Channel hit, #GoodWitch, brews up magic and a fresh mystery for Season 6 and we have the scoop. Also in this issue, Christopher Meloni's Stabler is back, your Comfort TV guide, and much more. Pick up a copy at your local grocery or drug store. pic.twitter.com/xRNwOmV37X

Bailee Madison Will Not Return For Good Witch Season 6

One of the biggest changes in Good Witch Season 6 is that the high school stories are over. That is because the high schoolers have moved on. The biggest change is that Bailee Madison is not returning. While irl, the actress is pursuing other acting opportunities, Grace, the character, is offscreen. She is collegebound. Because Grace is “living offscreen,” this still leaves room for a welcome guest appearance.

Love Hallmark’s original series? TV Shows Ace recommends When Calls The Heart, a turn-of-the-century, frontier series, beloved by millions of fans. WCTH airs on Sunday nights on the Hallmark Channel. Perhaps you like mysteries? Hallmark Movies & Mysteries offers many signature mysteries. Be sure to check out the Gourmet Detective, Crossword Mysteries or Matchmaker Mysteries for romantic stories with a thrilling mystery twist.

Be sure to check back with TV Shows Ace for the latest Hallmark news. Good Witch Season 6 premieres on Sunday, May 3 on Hallmark at 9 p.m. Eastern.