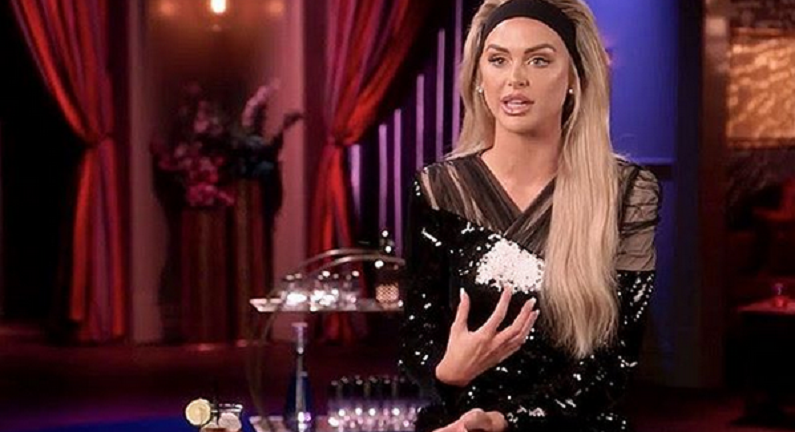 Lala Kent is spilling the tea. She revealed her true feelings on Tom Sandoval and Ariana Madix. She also dished on what Jax Taylor does toward the end of the season of Vanderpump Rules.

But that’s not all. The former SUR-ver shared her thoughts on the new cast. She feels that they’re so boring that she skips over their scenes. Lala has always been outspoken on and off the show, so this doesn’t come as a total shock to fans.

Sounds off on her fellow cast members

Lala Kent and Randall Emmett sat down for an exclusive interview with People Now. She shared her true feelings on the cast members. Lala admitted that Tom Sandoval and Ariana Madix are “not my cup of tea.”

“I think Tom and Ariana are really great people and they were there for me when I was struggling, but that’s just their M.O.,” Lala explained. “They seem to only appear for you when you’re really, really struggling. And I need a friend whether I’m struggling or thriving.”

Lala was especially hurt at last year’s reunion. She opened up about the passing of her dad. Ariana told her that she needs to “toughen the f*** up,” which didn’t sit right with her. Lala asked what the death of her father has to do with Tom and Ariana.

New episode of #PUMPRULES airs tonight at 9/8c. Only by @bravo

She just wants them to own up to their behavior and apologize. Lala said that Tom and Ariana are now trying to help Kristen Doute with her own problems. She feels that while they’re “great people,” they’re just not her kind of people.

As for the Witches of WeHo drama, Lala has some hope. She feels that it’ll take some time for Stassi Schroeder and Katie Maloney-Schwartz to welcome Kristen back into their lives. But she believes that their friendship is strong enough to survive.

She also teased Jax Taylor’s behavior in upcoming episodes of Vanderpump Rules. The trailer shows drama between Jax and his wife, Brittany Cartwright. Kristen even says that, “Jason is gone and Jax is back.” Lala confirms that Jax goes off into the deep end.

“Jax goes crazy. I don’t want to give too much away. But he, yeah, he definitely gets back to being Jax for a hot second.”

Lala was asked if Jax is back to acting like Jason again. Both Randall and Lala laughed. The reality star said there was one point during Jax’s wedding when she caught a glimpse of Jason. But in the rest of the season, he starts spiraling.

She also shared her thoughts on the newbies. Lala thinks they’re so boring that she skips their scenes. “I just don’t find them very interesting,” she admitted. She has nothing against them. Lala just feels that the show hasn’t found the right group of people to focus on. She feels that they act like VPR fans who watched every episode and “reenact” what they saw.

Have you heard the new episode of GIVE THEM LALA… with Randall? We have @raquelleviss as our guest and she spills all the tea about how she met James, what it’s like being on VPR, and how she stays so calm & cool ♥️

What are your thoughts on what Lala Kent said? Do you agree with any of her thoughts? Sound off below in the comments section.