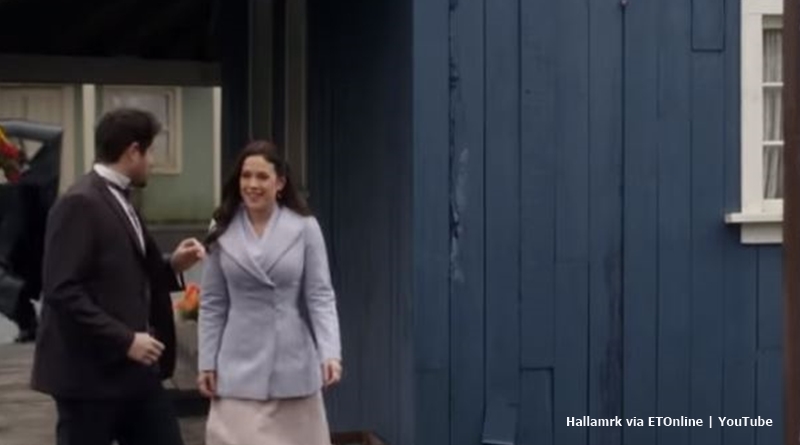 When Calls the Heart Season 7 comes to an end next weekend. In the last episode of the show, fans saw a lot about Lee and Rosemary, as he recovered from his accident. She learned about his sister, which came as a surprise. But these two have other issues to work through as well. Then Elizabeth’s predicted to get some good news. Maybe it’s about getting the books published. Anyway, she has other decisions to make as she looks to expand her life.

When Calls The Heart – What might fans see in the finale?

TV Shows Ace reported that if Rosemary and Lee get a happy ending, their story could still lead to reasons for renewal. Recall they have concerns about having children. And with Lee looking into his sister’s whereabouts, that could open a new chapter as well. No word comes yet on whether Season 8 comes out. But, fans rally around a hashtag as Brian Bird encourages the Hearties to push for another season. The ratings still do well, and with a massive fan base, nobody really believes it won’t get renewed by Hallmark.

People already try and guess what will happen with Elizabeth in the finale. One Heartie said in Twitter, “Calling it now: #Nathan will be the one to get shot and Elizabeth will realise she cares for him and choose him and #Lucas will accept it cause the other is hurt…so predictable…” But is it that easy? After all, Nathan apologized but it never came from Elizabeth. Perhaps if she really cared for him that deeply, she’d have asked him an apology instead of thinking he might not trust her. It seems some communication’s missing between the two When Calls the Heart characters.

No official final season announcement came which could be a good sign. Cartermatt suggests fans might even end up with a “cliffhanger.” That’s also a good sign for another season. Plus, fans really need some final resolution to Elizabeth. The outlet notes that fans watched her love life for pretty much a “solid year.” What they do propose is that fans could expect some tears and heartbreak from the title of the finale episode. It’s called “Don’t Go.”

From previews of the finale for When Calls the Heart fans know someone gets shot. Maybe it won’t be fatal. But still, that could tie in with a stressful time as people hope whoever it is lives. It also hints at Elizabeth and her romances. Fans actually grow a little irked with the love-triangle in her life. And of course, if she gets exceptional news about her book and future prospects as an author, and that could take her in a completely different direction.

What do you think will happen in the finale of When Calls the Heart, Season 7? Do you think there’ll be a cliffhanger? Or, will we finally see some resolution in Elizabeth’s life? Sound off your thoughts in the comments below.