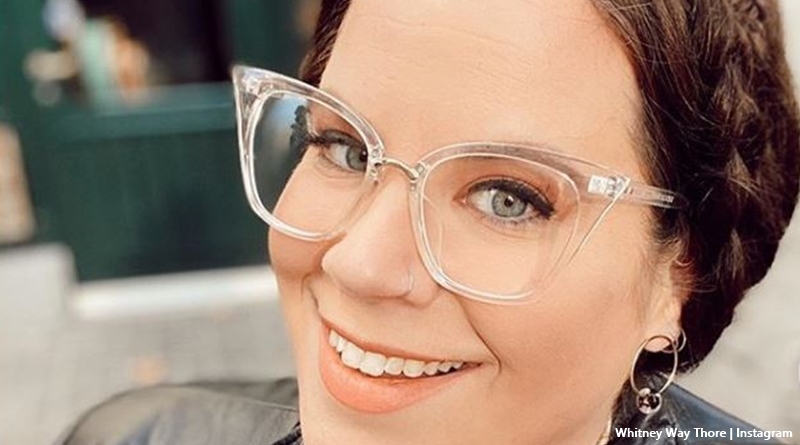 My Big Fat Fabulous Life star Whitney Way Thore is engaged to Chase Severino. But, she sits out quarantine without him. At the moment, she is home with her mom. Meanwhile, Chase is in Wilmington where he works every day. But, at least on her birthday, she saw Buddy even though from a distance. He’s helping her out at the moment.

TV Shows Ace reported that when fans finally met Chase Severino, they liked him a lot. He seemed kind and considerate. Mind you, later, they thought the scenes where he actually became engaged might be faked for the show. Nevertheless, less skeptical fans still hope for a fairytale wedding one day. But right now, the couple doesn’t see each other.

Thanks to the COVID-19 pandemic, Whitney sits it out with her mom. Meanwhile, hardworking frontliner Chase stays in Wilmington where he’s working. But, Whitney and her mom aren’t totally alone. TV Season Spoilers reminds readers that Buddy’s always been there for Whitney. Long before the appearance of Chase, on My Big Fat Fabulous Life, he’s been like her best friend. Now, he looks out for Whitney.

Whitney says Buddy looks after her and her mom

On April 16, Whitney took to her Instagram and shared about how Buddy helps her. She shared a photo of her standing at her front door. Wearing a mask, she took in some groceries. Whitney explained in her caption that Buddy “brings Mom and me groceries…then I bring the animals out on the porch for him to look at them.” After that, he goes back home. Whitney is so happy that she’s got some “good friends.”

When fans of My Big Fat Fabulous Life asked Whitney why Chase couldn’t do that, she said he’s not with her right now. She told them that he works in Wilmington. In her post, Whitney also mentioned her birthday. Whitney celebrated that on April 14. Chase couldn’t be with her, but Buddy gave her a present. And, Chase spoke with her on her birthday. He also shared a throwback picture on his Instagram from her previous birthday.

@thebuddybell and I have started a weekly ritual wherein he brings Mom and me groceries (and this week a birthday present!), then I bring the animals out on the porch for him to look at them and then we say bye and he drives back home. I have good friends! (I KNOW MY YUCCAS ARE DYING PLEASE CUT ME SOME SLACK)

Fans wished Whitney a great birthday and gave kudos to Buddy for helping her out right now. Many of them also sent their best wishes to Chase Severino. One fan wished they could be on the list of friends that My Big Fat Fabulous Life‘s Whitney Way Thore hangs with.

Celebrating your birthday for the second year (only this time through quarantine 😞) wish we were in that beautiful cabin again this year. I love you baby, and I can’t wait for things to get back to normal! See you tonight (via FaceTime).

What do you think about Buddy helping Whitney out? Are you sad that she and Chase couldn’t get together for her birthday? Sound off your thoughts in the comments below.

Remember to check back with TV Shows Ace often for more news about TLC’s My Big Fat Fabulous Life.