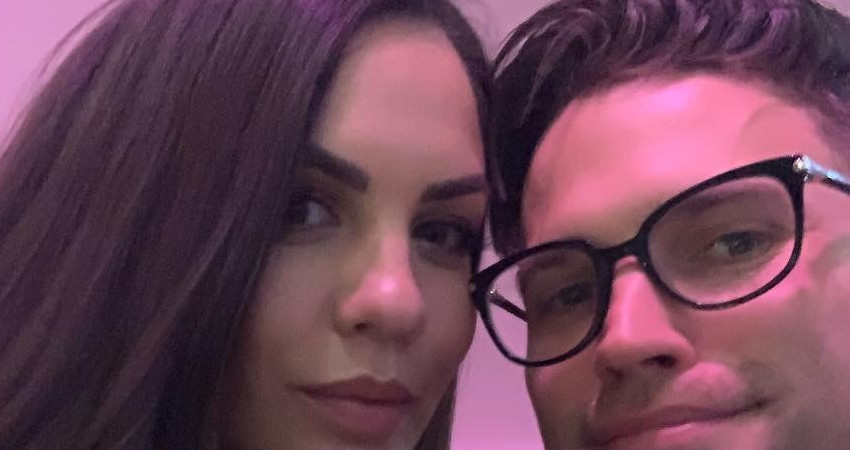 Vanderpump Rules stars Tom Schwartz and Katie Maloney aren’t letting an argument from last summer affect their self-isolation happening right now. Like most of the country, the married couple are stuck at home together, which is a test many marriages and relationships may not survive.

However, the VPR couple seem to be enjoying discovering new things about one another during quarantine.

VPR Star Katie Maloney Has a Love for LEGOS

Could VPR’s Katie be the next contestant on Fox’s new show, LEGO Masters? Schwartz recently told Us Weekly that his wife is surprisingly good at the childhood activity. According to Schwartz, the couple have put together several LEGO structures.

The TomTom co-owner jokes that Katie is so good at LEGOS that she can do it blindfolded, using only her feet.

As for her husband, Katie says that he is a “better cook” than he thinks. According to Schwartz, the couple are trying to improve themselves during their time in isolation. He says,

“We do try and motivate each other. [We] both want to come out of this better versions of ourselves.”

There is, however, one activity the VPR stars aren’t partaking in.

The odds are at least one Vanderpump Rules couple will come out of the “corona baby boom” pregnant. Schwartz tells Us Weekly that it is very unlikely that he and Katie will be that couple. He says they are feeling very “unsexy” at the moment due to the scary and uncertain times.

During a heated argument on Season 8 of Vanderpump Rules, Schwartz called Katie an idiot and a moron. He also said that her behavior is why he doesn’t want to sleep with her. As TV Shows Ace reported, he did apologize and it seems Katie has forgiven him. At least enough to share her LEGOS with him.

How Are Their VPR Co-Stars Faring During Quarantine?

Everyone handles quarantine differently. Some people want to be with their friends and others seek their intimate partners. Stassi Schroeder and Beau Clark briefly stayed with VPR’s Schwartz and Katie while their new million-dollar home was being renovated.

Jax Taylor and Brittany Cartwright are focused on their three children. FUR children, that is. Brittany recently posted this photo of her “Quarantine Crew.”

Scheana Shay sought refuge in Palm Springs. Joining her new boyfriend, Brock, along with her sister and her boyfriend. To help pass the time, Scheana posted this makeup tutorial on her new YouTube channel.

But she’s not the only one glamming it up during quarantine. VPR’s Lala Kent posted in a hot pink dress while fiance Randall Emmett snapped photos.

Tell us in the comments what you’re doing to keep busy during the quarantine.

Season 8 of Vanderpump Rules continues Tuesdays on Bravo. Check out what’s coming up on the next episode.