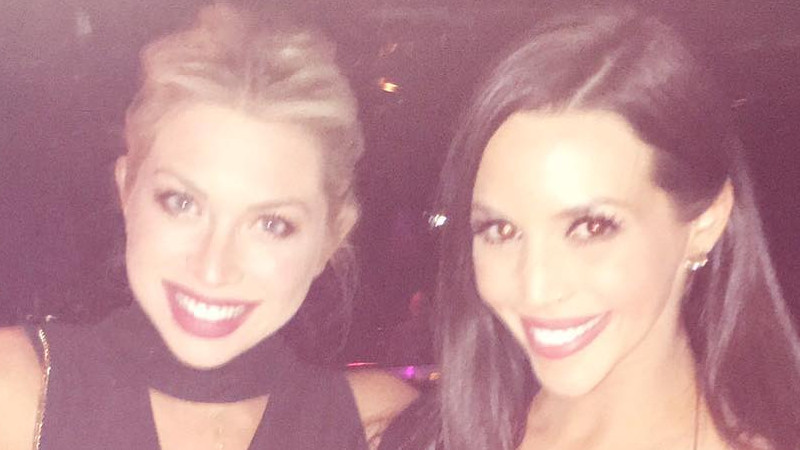 Vanderpump Rules star Stassi Schroeder never took to co-star Scheana Shay. The published author spent most of the show’s first season turning everyone against Scheana for having an affair with a married man.

As fans may recall, Scheana had an affair with RHOBH star Brandi Glanville’s husband, actor Eddie Cibrian. Eddie later went on to have an affair with and marry country singer LeAnn Rimes.

Even though VPR is a long way from Season 1, Stassi and Scheana still aren’t truly friends. According to Scheana, they are “frenemies.”

Scheana recently sat down and spoke with Reality Roundup about all things VPR. Her relationship with her VPR co-star came up. Scheana admitted that the pair have a “weird” relationship. They’re not quite friends but no longer enemies either.

The Good as Gold singer reveals that she purposely does things sometimes to get under Stassi’s skin. For example, she told a story about an incident at Bravo’s fan convention in November of 2019.

According to Scheana, Stassi doesn’t like platform shoes. So the SURver made sure to wear them “every and every night” just to annoy Stassi.

Despite their differences, Scheana has a surprising revelation about Stassi’s upcoming wedding to Beau Clark. Unlike Kristen Doute, Scheana did garner an invite, which she thinks means they are friends, after all. She says,

“I wouldn’t be invited to her wedding if we weren’t friends.”

She goes on to say that they are more “frenemies” than “best friends.” Scheana says she wouldn’t call Stassi for advice.

According to Scheana, her friendship with VPR co-star Lala Kent has suffered now that Lala and Stassi are friends. She doesn’t think she will ever “fit in” with Stassi and the others.

Watch the full interview below.

One person Scheana did fit into – or vice versa – is actor Jesse Metcalfe. You know him as the “hot gardener” who had an affair with Eva Longoria’s character on Desperate Housewives. The two briefly dated back in 2007, Scheana says.

Reality Blurb reports that the VPR star recently spilled some tea about Jesse on the Everything Iconic podcast hosted by Danny Pellegrino.

Scheana revealed that Jesse was “great” in bed. She also wants everyone to know he has other talents, such as singing and playing the guitar.

The VPR star is now dating former rugby player Brock Davies. As TV Shows Ace reported earlier this week, the couple are in self-imposed quarantine at her home in Palm Springs.