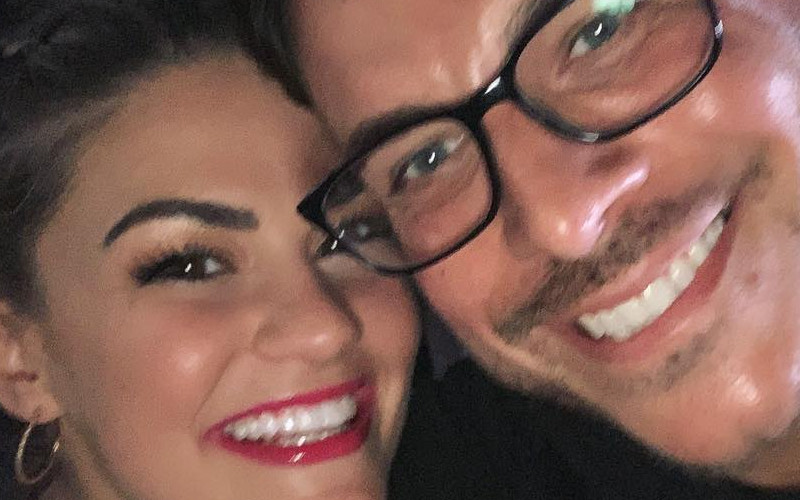 Vanderpump Rules stars Brittany Cartwright and Jax Taylor have babies on the mind. During the Season 7 reunion, the couple said they would like to start trying after their wedding. Jax and Brittany celebrate their 1st anniversary in June.

TV Shows Ace reported back in January that plans for a baby Jax were on hold. Brittany didn’t want to risk missing VPR co-star Stassi Schroeder’s wedding if she were pregnant and couldn’t fly. However, with Stassi’s wedding possibly on hold, it seems Brittany is going ahead with her baby plans.

As fans know, VPR’s Lala Kent and Randall Emmett had to postpone their April wedding due to the coronavirus pandemic. Stassi’s wedding will take place in Italy in October. However, Italy was hit hard with a coronavirus outbreak. Time will tell if they are able to proceed as planned.

Speaking to Entertainment Tonight, Jax and Brittany said Stassi is still deciding what her options are.

Jax is ‘Scared’ to Try for Babies During Quarantine

Brittany would “love” to get pregnant while the couple are quarantined in their California home. However, Jax is not a fan of the idea. According to the ET interview, Jax has seen too many horror movies about women not being able to get to the doctor during quarantines.

Jax cited The Walking Dead and Colony as examples of what could go wrong if Brittany got pregnant right now. Brittany, on the other hand, is “hopeful” that she will wind up pregnant soon. She says,

“I just feel like we’re gonna be OK, everybody’s gonna get through this together, hopefully we can contain everything quickly, hope people stay home and wash their hands, and then we’ll be just fine to have a baby.”

Can’t wait to share the most special day of our lives with you all tonight! It was the perfect day and I’m so excited to relive this moment. I hope this episode brings you a little bit of happiness with everything that’s going on 🥰 Stay safe everyone and God bless 💝 #PumpRules

The VPR stars are running out of ways to keep themselves entertained during the self-imposed isolation. Too much snacking has led them to leave a scale in front of the fridge as a reminder, TV Shows Ace reports.

Jax and Brittany have taken up another type of binging: Netflix. The couple are currently watching Netflix’s latest viral hit, The Tiger King. Like most couples, they watch it together, but Jax couldn’t help sneaking the next episode. And she caught him. He tells ET,

“I got in trouble last night, I stayed up until about 3:30 watching all of it until the very final episode, and she caught me — she was looking at her camera upstairs and caught me watching it.”

The most interesting part of this story is that Brittany watches Jax on the security camera to see what he’s up to.

The interviewer tried to bring up the feud with VPR co-star Tom Sandoval. However, Jax said he’s hitting “pause” on talking about it until the Season 8 reunion.

The reunion taping is affected by the coronavirus outbreak. Bravo’s Andy Cohen recently tested positive for the respiratory infection.

Tell us in the comments if you think it’s odd Brittany spied on Jax on their security cameras. Check back with TV Shows Ace for any new information on when the VPR reunion will tape and air.

The second half of Vanderpump Rules airs Tuesdays on Bravo. The mid-season trailer is below.