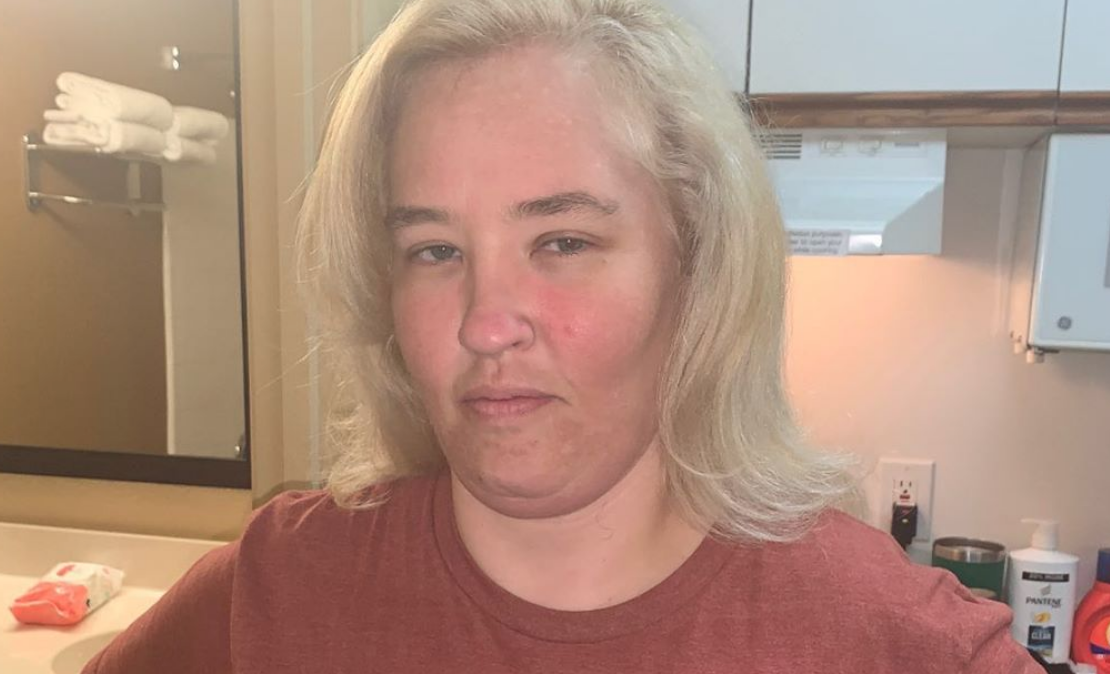 Mama June Shannon of Mama June: From Not to Hot hasn’t proven to be the best mom. She gets a lot of heat for how she’s raising her kids. And, she’s not really even raising them anymore. Her daughter Lauryn “Pumpkin” Shannon is Alana “Honey Boo Boo” Thompson’s legal guardian. Honey Boo Boo is now 14 years old and Pumpkin is 20 years old.

Things have been rocky between the mom and daughters for a while now. There’s been a lot of drama. In March 2019, Mama June and Geno Doak, her current boyfriend, were arrested due to possession of drugs. Since this point, the girls aren’t able to have very much contact with their mom.

Right now, it seems that Mama June is trying to make money on Instagram. In a couple of her recent posts, she shares about a brand partnership she has. But, while she’s doing that, she’s neglecting her relationship with her kids.

Pumpkin and Honey Boo Boo claim they aren’t able to get a hold of their mom. In a People exclusive clip from WEtv, June’s daughters talk about not being able to contact her. Pumpkin says, “She doesn’t even answer our phone calls. It goes to voicemail.”

Then, Pumpkin adds, “Geno’s phone goes to voicemail.” Geno has gotten into quite a bit of trouble with his girlfriend. This includes drugs, gambling, and being arrested. Honey Boo Boo also says, “Or they’ll say all their phones are dead and they were sleeping.”

And, Pumpkin says, “It’s gotten so low to this point, like, what more is there to do? What more can we physically do for her? I mean, we tried to send her to rehab. The network even gave her the opportunity that anybody in their right f—ing mind would take. She checked out within less than 24 hours.”

When does Mama June: From Not to Hot: Family Crisis air?

More of this drama is going to unfold on WEtv. If you’ve been a longtime fan of Honey Boo Boo’s family, you’re in for a treat. There’s a new season of Mama June: From Not to Hot right around the corner. This season is appropriately titled Family Crisis, and most viewers know why. Fans can only imagine what’s about to go down in the upcoming season. The previews promise a lot of drama, as expected.

As TV Shows Ace reports, Mama June won’t be getting a paycheck.

There’s a lot of excitement building around the show. As TV Shows Ace reports, fans are looking forward to seeing what goes down. And, with nearly everyone being on lockdown in their homes, it’s the perfect time for a new season to come out.

Can you believe that Mama June and her daughters aren’t on speaking terms? Will you be tuning in to the new season? Comment below.

Don’t miss the new season premiere! Mama June: From Not to Hot: Family Crisis premieres on March 27 at 9pm EST on WEtv.

Janelle Brown Admits Kody Around Less, Where Is He?
UPtv’s ‘Plus One At An Amish Wedding’ Stars Real-Life Couple
What Inspired Jordin Sparks To Compete In ‘DWTS’ Season 31?
‘Jeopardy!’ Host Mayim Bialik Gets Sultry, Revealing Makeover
Where Is Kelly Clarkson On ‘The Voice’ Season 22?