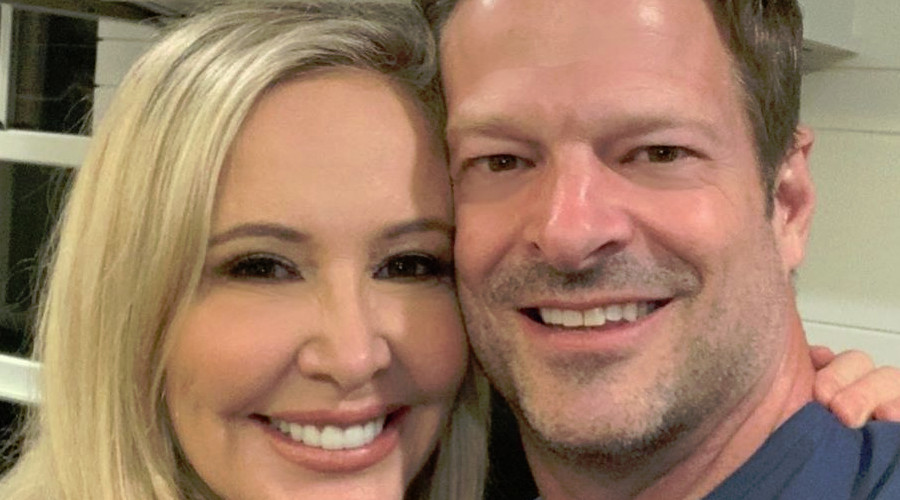 RHOC star Shannon Beador is the latest in a long line of celebs facing social media’s ire for not taking the coronavirus seriously. California is one of the states that are ordering residents to stay at home to stop the spread of the respiratory infection. What did Shannon do to make fans mad?

Over the weekend, Shannon ran into co-star Braunwyn Windham-Burke and documented the moment on social media. The original caption simply said, “Look who John and I ran into on our walk.” As fans know, John is Shannon’s boyfriend of almost a year.

Also in the photo is Braunwyn’s husband, Sean Burke. The foursome are on a grassy lawn. While Shannon and John are standing close to each other, Sean is a few feet behind them. Braunwyn is in front of the others, taking the selfie. Shannon’s dog Archie can be seen in the photo, too. Well, at least his fluffy hindquarters.

Look who John and I ran into on our walk… @braunwynwindhamburke #socialdistancing #6feetapart #neighbor #quarantine=eating😳 #gratefultobeoutsodeforabit🙌 UPDATE: Unbelievable some of these comments. I am in quarantine with John who is next to me on the grass. We are following all guidelines and I have taken this seriously— to the point of obsession because I have a lung condition. Ask my kids. Hoping everyone stays healthy and safe. ❤️

Shannon’s Instagram followers immediately responded, criticizing the star for breaking quarantine. Some comments include the sage advice to “stay home.” Another fan told Shannon to start taking coronavirus seriously. Most of the time, the RHOC star lets negative comments go. However, in this instance, she was quick to fight back.

At some point, Shannon edited the photo to update her caption. The new caption calls some of the comments on her original post “unbelievable.” Shannon assures fans that she is taking the guidelines seriously.

While defending herself in the comment section, the RHOC star revealed that she has a lung condition. She didn’t elaborate but she wants fans to know she isn’t taking any unnecessary risks, Reality Blurb reports. Shannon encouraged her fans to stay safe amid the coronavirus pandemic.

Former RHOC star Tamra Judge is close friends with Shannon. Or she used to be. Earlier this month, fans noticed that both Tamra and Vicki Gunvalson stopped following Shannon on social media after Shannon posed for a photo with Kelly Dodd.

Tamra and Vicki refuse to discuss the possible feud with Shannon, citing more important worries at the moment. However, Tamra threw some shade at Shannon last week during an appearance on Whoop It Up With Vicki.

The Cut Fitness owner said on the podcast that Shannon isn’t secure in her role on RHOC. According to Tamra, Shannon is afraid she won’t be on the show much longer. Tamra said, “Shannon’s all worried, like, ‘I don’t know how long I’m going to last on the show.’”

The RHOC alum recently admitted the show isn’t as good as it used to be. Tamra cites the exit of Heather Dubrow as the turning point, as TV Shows Ace reports.

Back in February, we reported that Bravo is in the process of slashing the budget for the entire Real Housewives franchise. During Vicki’s podcast, Tamra seemed to confirm that rumor. According to Tamra, RHOC and the other Bravo shows will no longer do cast trips overseas.

That would be a shame, since the trips are always filled with alcohol-fused drama.

Tell us in the comments if you think the Real Housewives shows would suffer without an international cast trip.

The Real Housewives of Orange County was supposed to air in late 2020 on Bravo. However, the coronavirus crisis halted filming on Season 15.