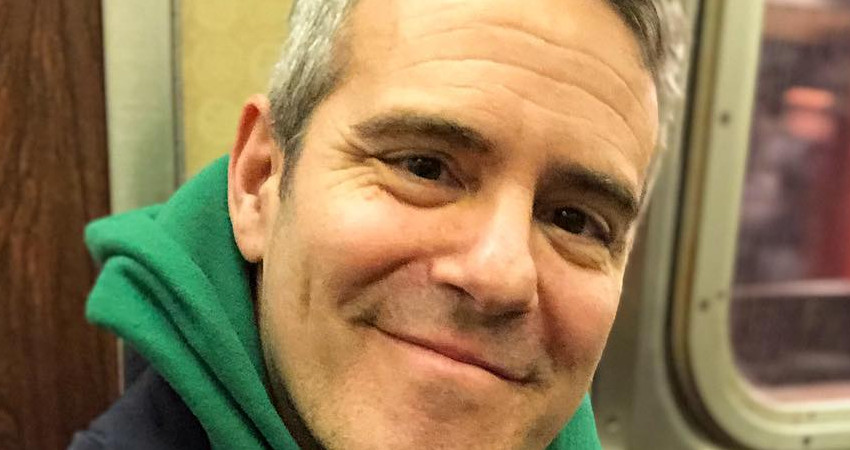 Bravo exec and Watch What Happens Live host Andy Cohen is quarantining at home after a positive coronavirus test result. The diagnosis forced Andy to scrap his plans to film WWHL from his apartment.

The talk show is on break during the rampant spread of the viral infection. Bravo joins a long line of TV networks that have temporarily stopped production. Check out TV Shows Ace’s coronavirus archives to find out what other shows have been affected.

While Andy may be isolated in his apartment while he recovers from the sickness, he is still being productive. He continues to host his radio show, Radio Andy. Andy revealed to listeners how he thinks he was infected with coronavirus.

Why Real Housewives Premiere Dates Can’t Be Pushed Up

With many industries shutting their doors temporarily, people are sitting at home with nothing to do. Reality Blurb reports that Andy is getting swamped from fans asking for the Real Housewives to drop early.

However, that’s not going to happen. There’s one very simple reason why, Andy says: editing. According to the television executive, only a handful of episodes are complete. Editing is slow going due to employees working remotely.

Andy points out that airing the seasons earlier would mean they end earlier. He says,

If we released all those now, we would wind up screwing ourselves in the end, so that’s the issue. The truth of the matter is, if this [coronavirus crisis] is going to go on for a while, just think of how much more we’re going to be ready for RHONY when it premieres!”

Bravo did tease the RHONY taglines this week on Twitter. The RHOBH taglines are still a secret.

They're heeeeereee! Which #RHONY Season 12 Tagline is your favorite? pic.twitter.com/kBTcP8NzxM

Good Deed May Have Resulted in Bravo Host Getting Coronavirus

When doing his own radio show, Andy shared his suspicions of how he got coronavirus. Even though he was self-quarantining at the time, he brought some groceries to one of his neighbors who was sick. Andy said,

I have a neighbor who has coronavirus and I went out to get them food at the supermarket, and some supplies, and I left them in front of their door.”

Several other people who live in the building were also sick. Andy began to feel symptoms, notably a high fever, within two days of his good deed.

Speaking of good deeds, several of the Real Housewives have been in touch with Andy. NeNe Leakes (RHOA) and RHONY alum Bethenny Frankel spoke with Andy on the phone.

He has also been texting Denise Richards and Lisa Vanderpump, both from RHOBH.