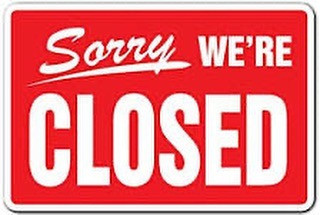 Vanderpump Rules star Lisa Vanderpump is well-known for her iconic restaurants around the world. She currently has several eateries in West Hollywood and a cocktail garden in Las Vegas.

The West Hollywood restaurants include SUR, where VPR is filmed, and PUMP, among others. The newly remodeled TomTom bar is co-owned by and named after VPR stars Tom Sandoval and Tom Schwartz. Just a few days ago, TV Shows Ace reported that SUR was still open.

However, the country is now on the verge of a complete lockdown due to the coronavirus outbreak.

Unless all the episodes are in the can already, it’s likely your favorite television show is temporarily halting production. Bravo has suspended filming for returning shows such as The Real Housewives of New Jersey and Andy Cohen’s Watch What Happens Live. The reunion taping for Season 12 of The Real Housewives of Atlanta is on hold until further notice.

ABC’s The Bachelor franchises stopped filming and in some cases, canceled completely, for one season, TV Shows Ace reports. Even the Kentucky Derby isn’t immune. It was recently rescheduled from May to September, the hope being that the crisis is over by then.

On March 16, the Governor of New York State issued a directive that all restaurants in the state will close, along with bars and movie theaters. California issued the same directive over the weekend.

Many stars of The Real Housewives franchises chose to self-quarantine in preparation of the ban, TV Shows Ace reported. What does the closings mean for Lisa Vanderpump’s West Hollywood restaurants, including VPR‘s SUR ?

In the early seasons of Vanderpump Rules, Tom Schwartz was a total doofus. However, he is now a prominent businessman with his small percentage of the TomTom bar. The VPR star took his responsibility seriously on March 17 to announce, via social media, that TomTom is abiding by the direction of California lawmakers and closing its doors indefinitely, Us Weekly reports.

Gonna miss you guys. We’ll be back in a jif (hopefully)❤️

SUR’s official Instagram posted saying they will be closed until at least March 31.

To our West Hollywood Community, It saddens us to have to do this, but with the advisement of the government and local authorities, we have closed our restaurants until further notice. These are scary times right now, but nothing is more important than the health and safety of our employees and guests. We encourage everyone to social distance themselves, to allow our community to prevent the spread of COVID-19, and we hope everyone does their utmost to fight this. Together we will get through this and come out stronger on the other side. Keep following us for updates and we hope we can welcome you back again soon. Stay safe. Much Love, PUMP

However, the VPR star’s Las Vegas restaurant is still open, at least for the moment.

As TV Shows Ace reported last week, the RHOBH star’s stint as Roxie Hart in Chicago came to an unexpected end. New York City shuttered all Broadway shows until further notice. Erika apologized to fans on her Instagram account, but it seems she’s still hurting from the loss.

Fans will likely see some of her Broadway experience on the upcoming season of The Real Housewives of Beverly Hills.