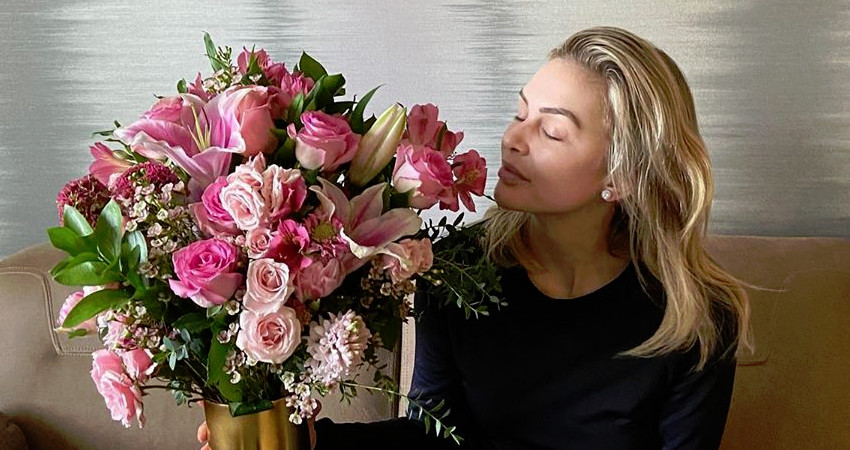 Lala slammed co-stars Tom Sandoval and Ariana Madix on Instagram Live earlier this week. Lala was upset they called her a “bad friend,” TV Shows Ace wrote. Over the weekend, Lala took to Instagram again to post about the coronavirus pandemic sweeping the globe.

The question on every VPR fan’s mind is if Lala will have to postpone her upcoming wedding to fiance Randall Emmett because of coronavirus concerns. Co-star Stassi Schroeder is planning an October 2020 wedding in Rome, Italy that the viral infection may cause cancellation.

Italy has been hit much harder than the U.S. so far and is currently under government-sanctioned lockdown.

Lala, on the other hand, is to marry Randall on April 18 in Newport Beach, California. With many states cracking down on mass gatherings, Lala’s nuptials could be in danger. While she doesn’t address the possibility directly, her Instagram Live video strongly implies that the wedding will go on as scheduled.

In her video, Lala says she doesn’t think “God would let her” get coronavirus before her wedding. Page Six managed to snag a recording of the Instagram Live video that has since disappeared from Lala’s social media.

Lala jokingly suggests that if she does get coronavirus, it was for “publicity.”

She does admit later in the video that she is not leaving her house. Her Instagram has since gone dark, literally. She posted a black photo with a caption announcing that she is going in a self-imposed quarantine.

About to quarantine my ass off. This whole situation has been way too heavy. I’ll catch y’all when this is over. Until then, be safe, stay healthy, and try not to kill each other over toilet paper 👋

As longtime VPR fans know, Lala’s relationship with Randall began under sketchy conditions. For several seasons, no one on the show was allowed to say his name, nor did he appear on camera. In fact, it wasn’t until the current Season 8, that he allowed himself to be filmed for the VPR.

At the time he began dating Lala, Randall was separated from now-ex-wife, Ambyr Childers. Once Lala was openly speaking about her relationship, she didn’t give fans or her co-stars the best impression.

Who can forget her recounting having intimate relations with him after their first date and Randall rewarding her with a car the next morning?

Lala’s VPR co-stars were especially harsh, though they all seem to be on Team Randall now that they’ve had a taste of the PJ life. (That’s “private jet,” for the uninitiated.)

In an emotional Instagram post, Lala pays tribute to her fiance while slamming those who doubted how their relationship started, the age difference and looks. She wrote, in part, “To those who have doubted us, put us down, or supported us and lifted us- I hope everyone experiences a love like we have.”

People have slammed us. Our age difference, looks, how we came to be, all of it. To my sweet Rand. You are truly one of a kind. You are the kindest soul I’ve ever known. When we met, I felt something that most people only imagine. You represent what a man in a relationship is supposed to be. You have never made me feel less than. You have always treated me as your equal. Made me feel beautiful, Accepted my flaws, and built me up. To those who have doubted us, put us down, or supported us and lifted us- I hope everyone experiences a love like we have. We all deserve it. Thank you, Mr. Emmett. I’m honored to be your partner.

Her VPR co-star, Katie, replied to the post with an admission that she judged them too harshly. She said she can’t wait for their upcoming wedding, which is more evidence that the wedding will go on as scheduled.

TV Shows Ace recently reported that Randall is winning over fans with his behavior on VPR this season. Tell us in the comments if your opinion of Lala and Randall’s relationship has changed since he joined the show.