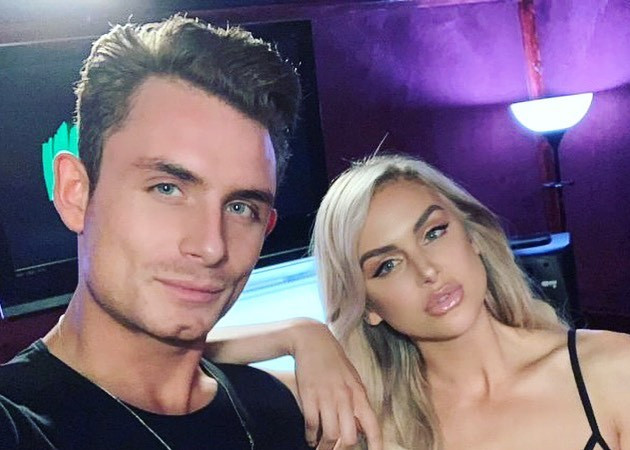 The friendship between Vanderpump Rules stars Lala Kent and James Kennedy is back on. After a dramatic weekend back in June of reigniting their friendship only to end it “forever,” the dynamic duo are closer than ever.

Things are looking up for James. He’s sober, friends with Lala again and recently got his SUR DJ job back, as TV Shows Ace reported. During a recent appearance on Lala’s podcast, Give Them Lala…And Randall, the hotshot DJ was surprised by Lala’s fiance. Randall had a question for James.

As fans know, Lala and Randall’s wedding is April 18 in Newport Beach, California. Lala confirmed recently that James and his girlfriend, Raquel Leviss, will be invited to the nuptials. During Lala’s podcast with James as the featured guest, Randall called in from Puerto Rico.

The film producer is trying his hand at directing. He is on location filming with stars Megan Fox, Bruce Willis and Machine Gun Kelly. He took time out of his busy schedule to ask James a question, Reality Blurb reports.

Randall surprised James with a request for a half-hour DJ set at the wedding reception. He also told his VPR co-star how “proud” he is of James’s journey to sobriety.

Randall shares two children with ex-wife Ambyr Childers. After years of feuding with Lala, the two buried the hatchet in late 2019, TV Shows Ace reported. Lala was once banned by Ambyr from sharing pictures of the children on social media.

Now Lala shares photos from time-to-time and introduces the kids to her friends. During the podcast, Lala revealed that the kids showed James how to use TikTok.

According to James, Lala is a great stepmom. He said,

“I think it suits her really well actually. She’s busting up around the house and playing with them. [The kids] were so nice. They are so sweet.”

A NEW episode of Give Them Lala… with Randall is up now, with our guest @itsjameskennedy !!!! Subscribe and listen wherever you get your podcasts!

Lisa Vanderpump owns several restaurants in the Los Angeles area, as well as a cocktail lounge in Las Vegas. Many of the VPR cast members worked at SUR at some point during the show’s early seasons.

With some states shutting down bars and restaurants to keep coronavirus from spreading, VPR fans wonder if SUR is open. As of March 14, the popular West Hollywood eatery remained open, as is TomTom.

At SUR restaurant and lounge, the health and safety of our customers and employees are top of mind amid concerns about the spread of the Coronavirus. We are OPEN for business and here to serve you. We want to share with you that we keep operating safely and effectively , updating ourselves with the Los Angeles County Department of Public Health. Our thoughts are with everyone affected by the Coronavirus . Namaste 💜

Vanderpump Rules airs Tuesdays on Bravo. Lala’s wedding won’t be filmed for the show, assuming her wedding isn’t canceled due to coronavirus concerns.