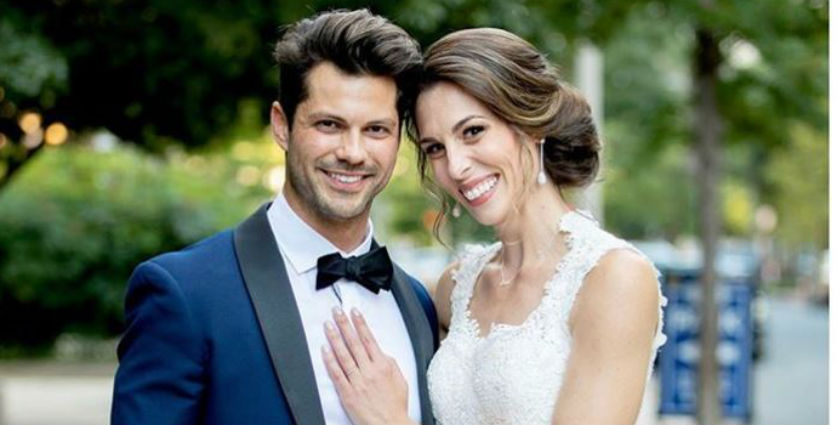 Couples Couch was back for another Friday night session of summing up the situation for the five Married at First Sight Season 10 couples on their one-month anniversaries. Shawniece Jackson and Jephte Pierre joined Jamie Otis and Doug Hehner, along with Elizabeth Bice and Jamie Thompson and Kristine Killingsworth and Keith Dewar to offer opinions on the milestone celebrations of initial Married at First Sight successes and which couples were truly making progress.

Three of the couples are at least putting forth effort.  The Couples Couch truly sees one couple “growing in love,” while another couple learns how to move past a rough spot, and another is at least still living in the same apartment, giving it a go.

For Mindy and Zach, however, things go from really bad to terrible after a revelation from Zach about one of Mindy’s best friends.  The bombshell tops off an anniversary night full of accusations that Mindy is not being completely honest in their marriage.

Taylor and Brandon meet at a manicure bar to try and make amends, but for Brandon, the time came to get up and go, and this time, it’s for good.

‘Couples Couch’ gets a big kick out of Austin and Jessica

The entire mood of Couples Couch rises the moment Austin Hurd and Jessica Studer are seen on screen.  In this week’s Married at First Sight episode, “Anniversaries and Secrets,” Austin not only went all out in arranging a full private area for their gourmet dinner, he also wanted to mark the date with a totally unique memento.

He purchased a quick craft mold kit, and he and Jessica created a lasting image of their clasped hands.  Jessica admitted that she might not have considered doing such a thing herself, but because “in such a nerdy, cute” thing that her husband encouraged, she was all in.  The image was really quite lovely.  Only Jamie Otis called it “silly.” Kristine Killingsworth thought the idea was precious, and she and Keith may be doing one on their own.  Beth and Jamie also felt the sweetness.

“Just go ahead and say it, girl!” Jamie encouraged Jessica.  All of the couples see that Austin and Jessica are already living out their love– only the words are missing, as Showbiz CheatSheet reported on March 12.  It doesn’t matter who or when they get delivered.  The important thing is that they are felt.  Everyone was smitten with Austin’s “Can I kiss you,” request during their Memory Lane stroll.

Zach and Mindy struggle to find and tell the truth

The Couples Couch gives Mindy Shiben worlds of credit for even being present with Zach Justice, especially since the personal trainer still refuses to even be roommates with his bride.  Pastor Cal said “I’m calling BS” on Zach’s justifications in this week, and to a person, the Couples Couch applauded. Mindy still held out hope that Zach would spend the night after their dinner.  Instead, more conversation in circles occurred, and one completely baffling accusation

The conversation flowed sweetly enough to start. Zach recalled their touching wedding photos on the street, saying he didn’t even realize that they were happening.  Then, he brings up that Mindy relates how she’s missing out on the true Married at First Sight experience.  He then has the audacity to tell her to “think really hard” about whether she has been honest after the wedding and in Panama.  She asks again and again for him to tell her what she did or said that was deceptive in any way.

“I don’t want to say it on camera” he claims.  “Will you tell me off-camera?” she asks. Jamie Otis repeatedly made circles in the air, because all Zach does is talk in circles. “He is a joke,” Shawniece  Jackson declared.  Beth was delighted when Mindy got up and left after Zach did not answer her question.  “Put those big girl sandals on and WALK!” Bice exclaimed.

More trouble for Zach and Mindy

Once Mindy got home and saw the wedding memorabilia basket, she got warmhearted again and called Zach to come over.  Things didn’t stay warm and sentimental for long.  He revealed that he and Lindsay, one of Mindy’s best friends and he had been “talking.”  The newlywed groom claimed that they talked “only in your best interest” and it was only “once or twice.” He described appreciating Lindsay’s input because she was “as logical and levelheaded as I am”– what a hoot!

Later, when Mindy called Lindsay, all the Couples Couch wives were very boisterous.  “I want screenshots, I want dates, I want details,” Beth Bice screamed to her screen.  Mindy explained getting different stories from the two sides, and Lindsay admitted that Zach had texted her that very morning.  She covered herself handily, insisting that all Zach’s texts were deleted.  Lindsey also lets it slip that she suggested that she and Zach not communicate until after filming.

“Zach is the most frustrating person in ‘Married at First Sight’ history,” Doug declared.  He’s right, but the sad thing is that this groom has an accomplice.

Michael and Meka have a ways to go, says ‘Couples Couch’

Somehow, to everyone’s amazement on Couples Couch, Michael affords to sail Meka out on a boat and then announced that he’s booked a trip to Jamaica to share the dolphin experience with her. “Wait? Does he have a job?” Jamie questions.  “I want to see confirmation e-mails, I want to see the pamphlet, I want the itinerary,” Beth demands.

Doug relates that Meka’s face and expression never changes and never looks engaged.  The reason may be related to the fact that Michael has had a very tenuous relationship with the truth.  Let’s hope that he comes through with this plan.  The couple cap off the night eating their wedding cake.  Trust and learning to be comfortable are big issues for this pair.  Let’s hope the big plan turns into a reality.

By the way, Meka gave Michael a nice set of ties.

Brandon and Taylor can’t get back to the same page

Beth Bice had to go with “team Taylor” for at least making some effort to apologize (in her card to Brandon). The gesture failed to impress Brandon, who said he didn’t do Married at First Sight to have a friend.

“I offered my peace,” Taylor stated, and when she asked if Brandon wanted to be friends, he declined, picked up his backpack and left.

A post shared by Married At First Sight (@mafslifetime)

Derek and Katie learn how to move past a fight

Jamie Thompson wasn’t the only Married at First Sight groom to not approve of Derek Sherman’s backward hat at the restaurant, but the groom got kudos for pulling out all the stops for Katie Conrad,  The pair had engaged in a heated conflict over the phone at work.  Sometimes, the handiest words are just “let’s talk about this later.”

Katie spoke her piece about being cursed at.  Derek didn’t like that his wife said that she had already “checked out” when they were discussing living arrangements.  Derek presented Katie with tickets to see “your favorite artist” in Nashville, and she melted into tears.  Both newlyweds melted in their tiny bathtub, with swimsuits on, even while munching on chocolate covered strawberries.  Shawniece and Jephte still can’t remember if they ever shared a tub together.

Couples Couch is bound to have a lot more to say as the Season 10 couples of Married at First Sight contemplate forever together.