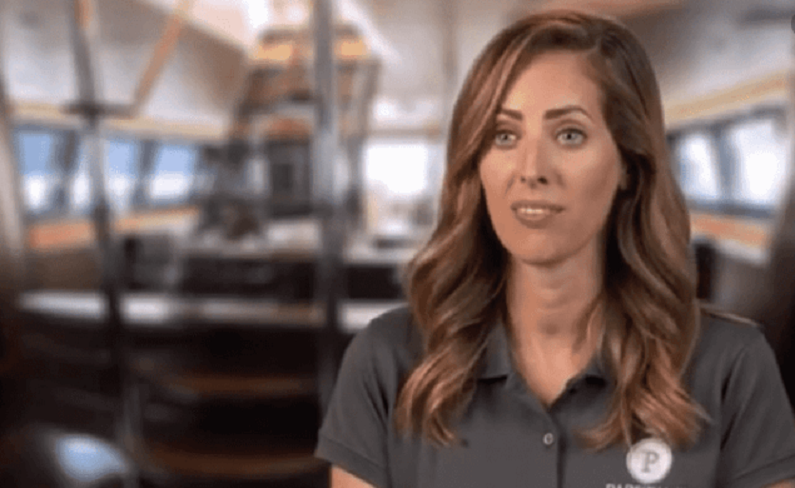 Below Deck Sailing Yacht viewers saw the Long Island bros who made inappropriate comments about the female stews. One of them even picked up second stew Madison Stalker without her consent. She asked him to put her down, which took him several minutes to do.

Chief stew Jenna MacGillivray said that the rowdy group of men were even “worse” than how they appear on the show. The brash charter guests quickly became the center of conversation on Twitter Monday night. Fans couldn’t believe what they were seeing. The guys will be on the next episode and it appears their behavior doesn’t get any better.

Were these charter guests as bad as they appeared?

Below Deck Sailing Yacht viewers were in shock over their behavior. Some of them even asked if they were as bad as they appear on the show. Jenna responded to a Twitter comment: “Yes in my opinion they are just as bad as they presented, if not worse,” as quoted by Showbiz Cheat Sheet.

“Last night’s #BelowDeckSailing : my least favorite character guests ever. I have never believed that anyone can do what they want because they paid for the yacht. And if I, or any other crew member is hurt in any way, I have no issues telling them to f*** off.”

One fan asked Jenna why she didn’t intervene. She claims that she “didn’t know about any of this until after the fact.” Jenna threw shade at Madison by adding that “I expected Madison to wake me up for anything as I had told her to.”

“I always encourage staff to report anything like what happened to Madison because it can be addressed,” Jenna continued. “Personally I have told off charter guests for behaviour like last nights and other girls felt I would get fired. I didn’t, and I would be louder if I had. [sic]”

Jenna said she would put her job on the line to protect her stews. The Below Deck Sailing Yacht star doesn’t care if she loses her job over it. She will continue to defend her staff and protect them even if it impacts her yachting career.

Below Deck Sailing Yacht viewers are not happy with Bravo after one of the charter guests harassed Madison. Not only did one of those Long Island bros pick her up, but she repeatedly told him to put her down. The entire scene was disturbing for viewers to watch.

Fans just watched an entire season of prejudiced behavior that took place on Season 7 of Below Deck. They were hoping that Below Deck Sailing Yacht would be different. Now, fans are calling out Bravo and the producers of the Below Deck franchise. Fans are upset they allowed such behavior to happen, as reported by Monsters & Critics. Here are just some of the tweets:

Please tell me @BravoTV is looking into how male charter guests treat women on Below Deck and Below Deck Sailing Yacht. I’m disgusted by how some of these guests are allowed to treat the women crew members.

Are you kidding Bravo and Andy Cohen. This behavior in your series on below deck sailing yacht towards women is disgusting. You are filming this. It abhorrent and disgusting. You’re show should have stopped this snd thrown these gross aweful men off the boat!!!!!!!!!!!!

First we had to endure the bru club on below deck, now you decide to highlight assault and bad behaviour on below deck sailing yacht? What is wrong with you people 🤬🤬🤬

The cameras clearly kept rolling during the scene. So, fans got a taste as to what Madison experienced. Yet, it was business as usual for the Below Deck franchise. The yachting industry has always excused sexual harassment. Crew members have to brush off the behavior to get a good tip.

But, fans are still upset with Bravo executive producer Andy Cohen. They still haven’t forgiven him for his favoritism of the male crew members during the Below Deck reunion. They want him to stop the behavior displayed on the reality show.

Below Deck Sailing Yacht airs on Monday nights at 9:00 p.m. ET on Bravo.