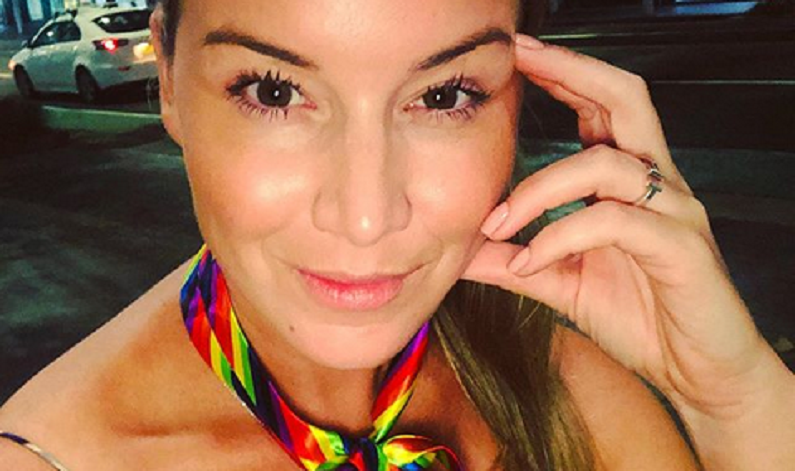 Below Deck Mediterranean star Hannah Ferrier received messages from fans comparing her to new chief stew Jenna MacGillivray from Below Deck Sailing Yacht. As TV Shows Ace reported, Jenna has become the most-hated chief stew. Fans can’t stop comparing her to the likes of Hannah and Kate Chastain from the original Below Deck series.

Below Deck fans tend to compare crew members. This is normal and part of the Bravo experience. They compare everyone from chief stews to chefs to captains and everyone in between. Comparisons are likely to occur when fans are introduced to a new group of crew members. Most viewers can’t stand the flirty relationship between chef Adam Glick and Jenna, and have made their feelings known on social media. Hannah has since broken her silence on Twitter.

The chief stew momentarily broke her silence on Twitter to ask fans to stop comparing her to Jenna. She’s tired of being asked about the new show and chief stew. Hannah also addressed some of the negative messages she received. It’s clear she doesn’t want to be part of the conversation.

“Hey guys. Please don’t @ me or DM with any negativity about the sailing crew or comparing me to Jenna,” Hannah wrote. “I’m not in that place. And please remember that these people are humans so before you bash them please think twice.”

This isn’t the first time that Hannah dealt with this kind of issue, according to Showbiz Cheat Sheet. Below Deck Med fans were surprisingly understandable with her frustrations. They agreed with Hannah and said it wasn’t fair to her and the new crew members.

Hannah defended Jenna and said that her being a “a flirt does NOT mean she doesn’t do her job.” She said that she’s heard nothing but good things about the fellow chief stew. The Below Deck Med star said that she knows “people who have worked with her” and they call her “an extremely hard worker and a great Chief Stew.”

Not everyone liked Hannah’s tweet, though. Some Below Deck Med fans suggested that she should leave Twitter once again if she doesn’t want to be hounded. Hannah has been silent on social media since appearing on Season 3 of Below Deck Mediterranean.

On the first episode of Below Deck Sailing, chef Adam Glick revealed that he was used to being micromanaged by Captain Sandy Yawn on Below Deck Mediterranean. In the second episode, he said he preferred working with Jenna over Hannah from Below Deck Med, as well.

“Working with Hannah, working with Jenna is like night and day,” he said in his confessional, as quoted by Showbiz Cheat Sheet. “Hannah is a cold, long dark night. Jenna is like a beautiful morning, with sun and chirping birds. Spring flowers. Night and day.”

It’s also around the same time the comparisons started. Below Deck Med fans wondered why Adam shaded Hannah. When it comes to Hannah, the feelings are mutual. A fan on Twitter asked her about Adam.

“What you think of Adam this season? [sic] Much more Arrogant this season than before!?” the fan asked.

What are your thoughts on Hannah Ferrier’s tweets? Do you agree that fans should stop comparing crew members from Below Deck Mediterranean and Below Deck Sailing Yacht? Sound off below in the comments section.