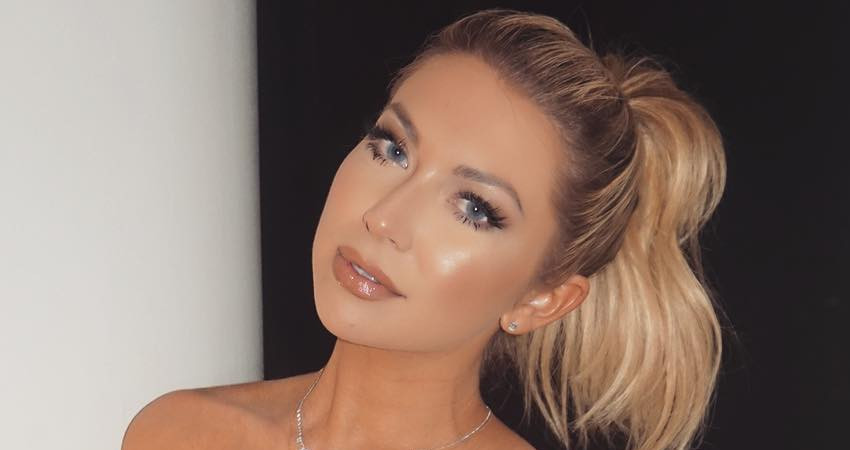 Vanderpump Rules star Stassi Schroeder’s wedding may not go off without a hitch. The coronavirus sweeping the globe may prevent her dream wedding in Italy from happening. As of right now, all of Italy is on lockdown.

The Real Housewives of New Jersey star Joe Giudice offered his Instagram followers a view of the deserted streets of Italy. As Bravo fans know, Joe is facing deportation to his home country of Italy. He is currently awaiting the status of his deportation appeal from Italy rather than an ICE facility in the States.

While there isn’t a travel ban in effect, the U.S. advises against traveling to Italy. So where does that leave Stassi’s upcoming October wedding to Beau Clark?

Vanderpump Rules co-stars Tom Schwartz and Tom Sandoval were the first to address a possible wedding conflict last week, TV Shows Ace reports. With the growing number of positive coronavirus cases in Italy, the country is basically shut down.

As Sandoval points out, getting the camera crews and guests to Italy may be a problem. At the time, both confirmed that the wedding was still on. However, the outbreak in Italy is worse than it was even just a week ago.

Stassi’s fiance, Beau Clark, has family in Italy who are under quarantine.

Stassi’s VPR co-stars Lala Kent and Randall Emmett recently leaked the save the date invite for the wedding. The date of Stassi’s wedding is supposed to be October 7, 2020. Just 7 months away.

The coronavirus crisis could be over by then or it could be worse. Reality Blurb reports that Stassi is hoping the wedding in Italy will happen. But if it’s impossible to get to her destination wedding, she has a much simpler plan in mind.

Stassi seems to have an uncharacteristically calm view of the situation. She says,

“Life happens, so we’ve mentally and emotionally prepared ourselves to cancel the wedding if it needs to happen.”

If the wedding is cancelled, she is open to marrying Beau in a courthouse in L.A., if necessary.

Beau and Stassi were the guests on Tuesday night’s Watch What Happens Live. The couple were surprised by an astrologer who did a reading on their wedding date and compatibility.

According to Susan Miller, Stassi and Beau are meant to be together. She called them “heaven-made” because of their astrological signs. (Beau is a Pisces while Stassi is a Cancer.)

However, the astrologist was not a fan of their chosen wedding date. She believes a wedding date can be unlucky to the survival of a marriage. Her suggestion was for Stassi and Beau to elope without telling their parents. Stassi said she would consider it, except her invitations are already made.

Will VPR’s Kristen Doute Get an Invite

It’s the question Stassi has been asked the most since she announced her engagement. Is her VPR co-star and former friend, Kristen Doute, invited to the wedding? Up until her WWHL appearance, Stassi has been on the fence.

However, during the show she said that Kristen will not be getting an invitation.