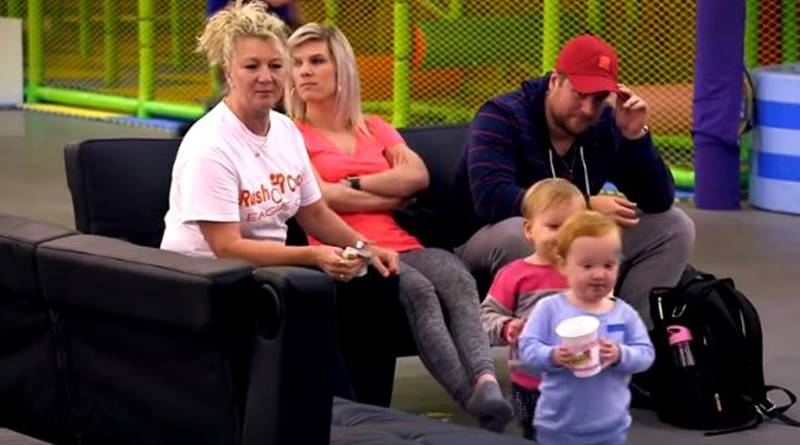 OutDaughtered fans love Uncle Dale on the TLC show. He makes them laugh a lot. But, will Uncle Dale be in trouble after his joke about the quint’s aunts, Lili and Kiki? And in about eight years will Danielle Busby be in trouble with her twins Ava and Olivia? Toilet jokes went down on Instagram, but hopefully, Dale’s just kidding.

Remember the season where the quints managed to get poo all over the place? It was pretty gross, many fans thought. But, many fans with kids understood just how gross toilet training can be. Danielle coped with five of them all going through it at the same time. No laughing matter, she was nearly in tears over it all. But now, it seems she moved on and her success with the twins is laughable now. Mind you, it probably wasn’t when they were younger.

On Sunday, Danielle shared a random sort of post that made one fan ask if the twins would ever “forgive her” for telling their secret. Not now, but when they’re “teenagers.” Well, maybe by then, the post will long be buried under many others. Danielle shared a gorgeous pic of the OutDaughtered twins in their Greason Bee outfits. She captioned it with, “This too are so much a like…even to the point, when one poops the other poops 💩🤪, (sic).” Then, she used the hashtag, #itstrue.

Uncle Dale jokes, Kiki and Lili might not be so amused

Uncle Dale’s always joking when fans see him on the show. Often, they see his wife, Crystal, who the kids call Aunty Kiki. Then there’s Ashley, known as Aunty Lili. The two aunts are Danielle’s twin sisters. Just like their aunts, Ava and Oliva are also a set of twins. Double trouble, perhaps. When Uncle Dale saw the post by Danielle, he responded by joking about his wife and her twin sister, Lili.

OutDaughtered‘s favorite uncle quipped, “Kiki and Lili are the same way.” Well, the punchline came in the hashtags he used and fans thought it hilarious. He put in “#twinturds, #sharethesametoiletpaper,” and  “#notcoronavirusfriendly.” Fans thought it very funny. One follower said, “you are too funny!” Another agreed, saying, “he is hilarious. watch out for kiki tho uncle dale!”

Will the OutDaughtered uncle be in trouble with Kiki?

While the twins Ava and Olivia don’t know yet that their toilet habits are all over the internet, Kiki might not be so amused. But then, she probably knows Dale better than anyone else in the world. Fans know that living with Dale often brings hilarity and lots of jokes. More than likely, Kiki will just raise her eyebrows and laugh it off. But now, OutDaughtered fans will always be stuck on the idea of them sharing the same toilet paper. It’s one of those things that could stick in the mind, after all.

What do you think about Uncle Dale joking about Kiki and Lili and their toilet habits? Can you ever unsee it in your mind? Sound off your thoughts in the comments below.

Remember to check back with TV Shows Ace often for more news about OutDaughtered.