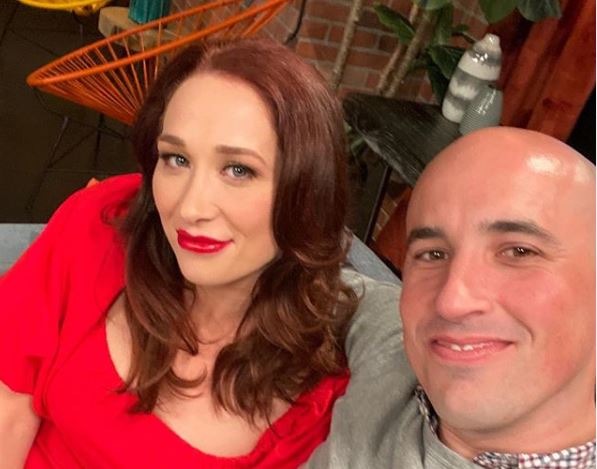 Just finding Couples Couch on Lifetime this week was a workout.  The commentary segment featuring the success story couples from Married at First Sight started out being broadcast immediately after each new episode on Wednesday.  Then it was moved to Thursday.  Now, with no notice, this week it moved to Friday at 9 PM ET.  The couples may be comfortable giving their critiques from home, but so many rapid-fire changes to Couples Couch on the schedule hardly make it easy for viewers to get comfortable watching the Season 10 companion show.

Fans finally got to check-in with Couples Couch on March 6, and even though there are five Married at First Sight pairs trying to steer toward solid marital ground, three couples gave the Couples Couch group concerns that they never had considered before, and the pros punched back with the unvarnished truth. Season 8 couples, AJ Vollmoeller and Stephanie Serson and Kristine Killingsworth and Keith Dewar were joined by Anthony D’Amico and Ashley Petta from Season 5, and Season 9 sweeties, Elizabeth Bice and Jamie Thompson.

The talking got loud, the reactions were big, and one Couples Couch pair wanted to try Dr. Pepper’s therapy ideas for themselves.

“I feel like everyone’s exploding,” Ashley spoke of the evening.  She and all the other experienced wives hurt for Dr. Pepper Schwartz as she tried to bring Brandon and Taylor to a point of another reset after Taylor’s Instagram post.  The specifics advertised her desired qualities in a husband or “man,” and promoted herself as single, despite having a husband who found the social media share very vengeful.

“She doesn’t want to be a wife,” Brandon matter-of-factly concluded.   Dr. Pepper pointed out that both parties here had done things “not okay, not good, whatever you want to say,” and urged Taylor to at least admit her behavior was wrong. She refused to do that during the entire session.  Every bottom seated on Couples Couch used big voices to ask in unison: “Why can’t she apologize??!!” “You were wrong!” Kristine bluntly put it.

Brandon got up to leave and asked the technician to remove his microphone.  He told Dr. Pepper that he was no longer interested in trying to save the marriage.  Taylor burst into tears but was far from believable.   The Couples Couch empathized with the obvious pain of the Married at First Sight expert, but these two were wrong for the experiment, and each other, from the start.

Stephanie and AJ jumped in on Meka and Michael immediately, saying how sad it was that they “never seem to progress” past their conflicts, as Stephanie suggested.  Meka was a favorite for AJ, who also liked her family.  He has no problem with her very direct manner, but that was before the latest conflict over Michael’s employment.

Michael supposedly had asked Meka to come to the studio where he said he taught yoga.  When she arrived, a new staff member told her that the only person named Michael who worked there was the janitor.  When the session with Dr. Pepper began, Kristine Killingsworth was virtually mirroring every word from the expert, saying “the trust is broken.”

“If you lied to me, I’d be gone,” Ashley assured Anthony.

Meka gave a running list of things that Michael had not been candid about, from the mileage on the car to taking trips, as well as his vocation.  Michael defended that he lies because he always feels that the truth will be rejected, and he doesn’t feel comfortable “in my own marriage.”  Dr. Pepper encouraged “grace and some forgiveness” which got a universal “Awww…” reaction from the Couples Couch.  When Michael and Meka completed their candlelight game of questions to each other, answered while blindfolded, AJ gushed, “Look at Meka– she’s at least at 2% love!” Stephanie giggled.

Jamie and Beth simply spoke that the lies had to stop, even if the motive rose from Michael being adopted.  The veterans on the Couples Couch recoiled when Meka said “I’m done with this marriage,” and Michael countered with “I’m done with you.” Words can be daggers.

No one on the Couples Couch nor Dr. Pepper herself has ever seen a Married at First Sight groom like Zach Justice.  The title of this week’s episode was “I Want You to Want Me.” Not only does Zach not want his wife, Mindy– he refuses to even be in the next room from hers!

During Dr. Pepper’s visit, Zach questioned: “So there’s an obvious connection between living together and attraction?” The expert replied, “It’s essential.”  Dr. Pepper arranged a session of Tantric yoga to enhance the sensual feelings for the couple.  Keith and Kristine coached Mindy and Zach more specifically than their therapist, and Kristine enjoyed some nibble practice on her husband, too.

AJ remarked that Mindy is “just holding onto anything” promising from Zach.  Newsweek reported on March 4 that the newlywed bride did not want to concede that her Married at First Sight effort had been a mistake.

She seemed completely enthralled and devoted during their intimate closeness in the yoga studio.  While Mindy was giving stroking touch, however, Zach responded with scratching motions, like Mindy had cooties.  “He’s just not into it…. He doesn’t get it” Jamie insisted.  Beth offered more colorful words.  AJ said that Zach could not understand the yoga instructor because of “all the hair in his brain.”

Everyone on Couples Couch was encouraged by the growing feelings and fun between two couples, Married at First Sight favorites, Jessica and Austin, who got to spin the intimacy wheel this week, and Katie and Derek who sparked “the fiya,” too. Austin’s robot lap dance got rave reviews and Kristine reminded Derek to “shut that door all the way” when he carried his wife to bed, caveman style.

Couples Couch is getting spicier, and if the show stays in place on the Lifetime schedule, you can look for this coverage on TV Shows Ace through Season 10.