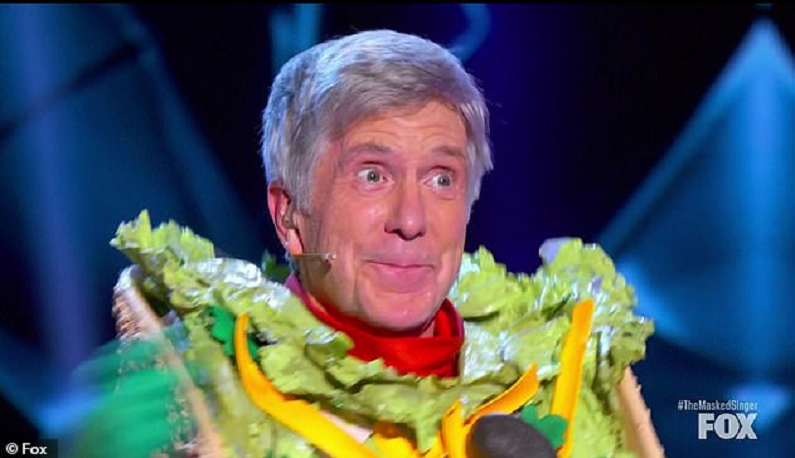 Tom Bergeron talked about his elimination from The Masked Singer. The Dancing With the Stars host wanted to try something new. He decided to compete on Fox’s reality competition series by showing off his singing chops. Tom was unmasked as The Taco on Wednesday night’s episode during the final night of Group B’s performances.

He livened up the crowd with his rendition of the Four Tops’ classic song “I Can’t Help Myself.” On Thursday, March 5, Tom Bergeron sat down for an exclusive interview with Kevin Frazier from Entertainment Tonight. He talked about his time on the show and why he chose to perform secretly as The Taco.

The Masked Singer panel were defeated once again when none of them guessed that Dancing With the Stars host and comedian Tom Bergeron was behind the Taco mask. Bergeron was eliminated on Wednesday, March 4 after he fell behind Banana, Frog, and Kitty. Even though most of the panel knew him personally, they still had no idea he was under the mask.

Bergeron had his start as a comedian, radio DJ, and television personality. His career has spanned over 40 years and earned him two Emmy Awards and a Critics’ Choice Award, as per Gold Derby. Bergeron also hosted America’s Funniest Home Videos from 2001 to 2015. Fans originally assumed comedian Bob Saget was The Taco, who also hosted America’s Funniest Home Videos in the 90s.

Bergeron is also the host of the longest-running reality competition series, Dancing With the Stars. Despite his impressive resume, he joked that competing on The Masked Singer was “the most work I’ve done in years!”

DWTS host reveals why he chose the Taco mask

During his interview with Kevin Frazier, Bergeron revealed why he chose to perform as The Taco.

“I was the last person cast in Group B, and by that point they only had two choices: obviously a taco costume, and the other was a jellyfish,” Bergeron said as he cringed. “So I think I picked the right one.”

He felt that watching a Taco perform is “more entertaining than watching something that you think might sting you.” The Taco has become one of the strangest costumes in the show’s third season. Bergeron revealed that singing underneath the red tomato mask was easier than wearing the taco shell.

“The tomato mask was the easiest part, the hardest part was the hard-shelled taco itself,” Bergeron said. “The second number I did was ‘Bossa Nova Baby,’ an Elvis Presley tune – you try shaking your hips in a taco shell. It ain’t happenin’!”

Bergeron also joked that becoming The Taco has since changed his relationship with the food itself. He can’t look at another taco the same again.

How Tom Bergeron kept his new role a secret

One of the hardest parts about competing on The Masked Singer is having to keep a secret from your family and friends. Bergeron exclaimed that keeping secrets is his specialty.

“When my wife was pregnant with our first daughter years ago, I wanted to find out the sex of the baby at the ultrasound and she didn’t,” Bergeron explained. “So I knew for six months for the second and third trimester we were having a girl and I kept that secret from my wife!”

He even kept his Masked Singer identity a secret from his friends with DWTS. It’s his role on the ABC series that inspired him to compete this season. It turns out that his two worlds started to overlap.

The Masked Singer airs Wednesday at 8 p.m. ET on Fox.