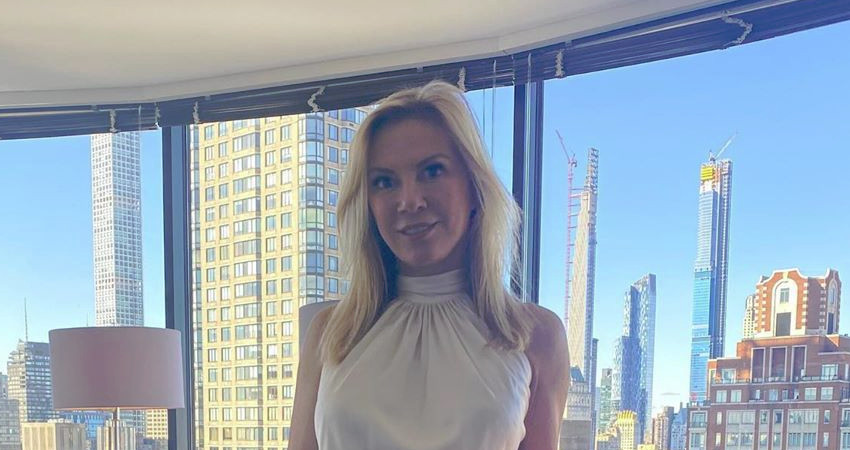 Love her or hate her, The Real Housewives of New York star Ramona Singer is unforgettable. The flighty star often puts her foot in her mouth.

During Season 11 of RHONY, Ramona let it slip that she thought co-star Luann de Lesseps fell off the wagon with more than a few sips of mimosas, TV Shows Ace reported at the time.

Ramona reveals to People that she was diagnosed with Lyme disease earlier this month.

A few weeks before the RHONY Season 12 premiere, Ramona reveals that she is battling a disease that leaves her “bedridden” some days. Lyme disease is contracted through a tick bite. Ramona says it happened at her home in the Hamptons.

One of the last remaining original cast members from RHONY’s first season, she doesn’t want fans to worry. Ramona says,

“But, we caught it early and I’m very lucky and very blessed.”

The RHONY star reveals to People that her sister battled Lyme disease in 2018. According to the reality star, she has to be retested in a month. She also changed her diet to help ease the symptoms.

Aside from the Lyme disease diagnosis, the rest of the RHONY star’s health is in tip-top shape.

Not the First Real Housewives Star to Battle Lyme Disease

Ramona may be one of the most outspoken of the Real Housewives franchises, but she is not the first to fight Lyme disease.

During Season 6 of The Real Housewives of Beverly Hills, Yolanda Hadid (then Foster) revealed her struggle with Lyme disease. Unfortunately, she was met by ridicule and doubt from her co-stars. In fact, she stormed out of the reunion later that year after Lisa Rinna called Yolanda out for faking the disease.

At the time, the The Real Housewives of Beverly Hills star was married to esteemed musician David Foster. According to Yolanda, he divorced her because of her illness. He is now married to former American Idol contestant Katharine McPhee.

The Real Housewives alum has moved on to Joseph Jingoli.

❤️Thank you my love for a beautiful night… xo

Lyme disease didn’t impress country icon Shania Twain much when she was diagnosed with it in 2003. She reveals to People that her 2015 hiatus from the music industry was due to a Lyme disease flare-up.

Shania had to go through several throat surgeries after contracting the disease years earlier. At one point, she wasn’t sure she’d sing again. She says,

“I was very, very sad about it to the point where I just — I felt I had no other choice but to accept it — and that I would never sing again.”

Luckily, she was able to recover but she says her voice will never sound the same again.

While Lyme disease is treatable, it can cause people to feel physically and mentally worn down. It is contracted through a deer tick bite. The tell-tale sign is a bulls-eye patterned rash, along with flu-like symptoms.

If you suspect you’ve been bitten, it’s best to see your doctor immediately. While tick bites are most common in warmer months, they can happen at any time and pets are at risk, as well.

The Real Housewives of New York returns to Bravo on April 2, 2020. Watch the trailer below.