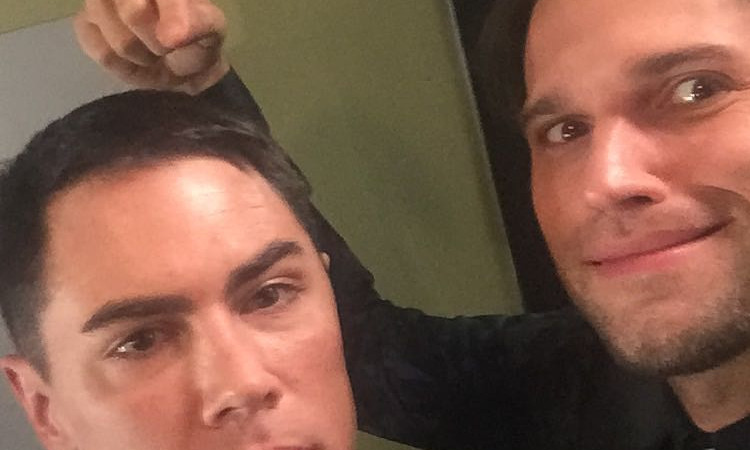 Vanderpump Rules fans are torn between Team Sandoval and Team Jax in the on-going wedding drama. Co-star Tom Schwartz initially sided with Jax, but now he’s not so sure.

Things have been tense between Tom Sandoval and Jax Taylor since before filming of VPR’s Season 8 began.

Their friendship began to fracture at the Season 7 reunion. In fact, Brittany Cartwright low-key threatened Sandoval’s role as best man in her summer 2019 wedding to Jax.

VPR Fans Finally See What Caused a Rift in Season 8

The new season of Vanderpump Rules began with Jax upset that Sandoval wasn’t texting him enough about the wedding. Then Sandoval had to miss one of Jax’s several bachelor parties, causing Jax to question if he should relieve his former BFF of his best man duties.

The final straw was the explosive episode where Lisa Vanderpump caught wind of the homophobic social media posts made by the pastor hired to officiate the VPR couple. Jax and Brittany acted immediately by firing the pastor and bringing in N’Sync member Lance Bass.

However, did they act fast enough? Sandoval asked about this. All hell broke loose after Sandoval dared to question Jax about the issue.

Even Tom Schwartz Sided With Jax

Jax’s VPR co-stars rallied at his and Brittany’s side in the argument. Even though every single one of them secretly questioned how the pastor situation went down, they all thought Sandoval was out of line.

“But you know, when it was initially happening in the moment, I was siding with Jax because I thought it seemed like he was putting him on trial.”

However, speaking to Entertainment Tonight about the recent TomTom expansion, Schwartz says he now feels he was “missing information” on the situation.

While Jax uninvited Sandoval to the wedding, he ultimately relented after a stern talk from ex-girlfriend Stassi Schroeder.

Sandoval also offered a heartfelt apology, and he told ET that he does feel bad about how he handled it.

Anyone who visits Jax’s Twitter in the last few months knows that he has serious beef with Sandoval. He often attacks his former friend. Sandoval’s girlfriend, Ariana Madix, is a frequent target of Jax’s Twitter rage.

Speaking to ET, Sandoval refers to it as a “smear campaign” According to Sandoval, fans haven’t seen all of what went down yet. He says something else happens this season. Sandoval teases,

“He [Jax] gets very reactive toward the end of our season. And because of that, now he’s trying to justify that, I feel like.”

One thing from the Season 8 trailer that is still to come is Sandoval’s seeming arrest. Could that be connected to whatever Jax does later this season?