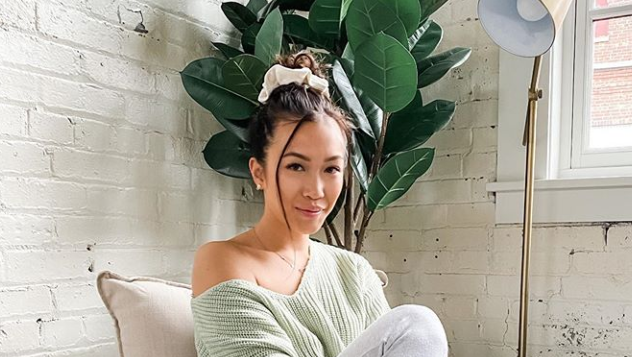 A lot went down on the Women Tell All episode of The Bachelor. Tammy Ly took to her Instagram to address accusations that she was a bully after her conversations got heated. She argued with both Kelsey Weier and Mykenna Dorn as she had on the show. She didn’t back down from the things she said and did.

After the Women Tell All episode, Rachel Lindsay joined Chris to talk about online harassment. She wanted people to know that it’s not okay to bully anyone online.  Tammy said Mykenna acted like a buffoon when she was in front of the camera. Dorn fired back she should treat people kinder. Kelsey addressed her calling out her for being an alcoholic. She said it caused people to form opinions about her.

Ly said, she was concerned about Kelsey. When Kelsey said it wasn’t her business, Tammy shot back that it was. She said, “I recognize you as a human being and it’s not okay for you to do that,” she said. “I saw it was a red flag because it wasn’t the first time, so I brought it to Peter. And it is my business — I’m sorry, but we are all swapping saliva with the same guy.”

Tammy Ly took to her Instagram to tell people to just stop coming after her. She doesn’t think it’s okay for people to judge her for her heated arguments. She said, “my goal was to never hurt anyone. I am a strong woman and I am not afraid to stand up for what I believe in. I do not want to sugarcoat things and will always say how it is — that’s just who I am” Tammy went on to say she didn’t mean to come across as a bully because she’s not one.

The person she wanted to portray became hindered by the stress of being on the show. Ly said she isn’t one to show her vulnerability. She posted, “growing up I fought so hard to never be a victim in my life and to always try to focus on the next positive thing which was incredibly hard to do. I want to be strong. I want to speak up for all of those who don’t get the opportunity.”

What Did The Show Teach Her?

Tammy Ly said the show taught her a lot according to People. One thing she addressed was being able to, “work on being okay with my own emotions.” She touched on things she’d overcome from her parent’s divorce to an alcoholic boyfriend. She said she doesn’t regret anything because they made her the strong woman she is now.

People sent her several more threats and hate she shared with her followers. She said, “I am only human and I do have feelings. Thank you to those who have continued to show support through this journey, I appreciate you.”

Fans will wait and see if Tammy shows up in Bachelor nation again soon.