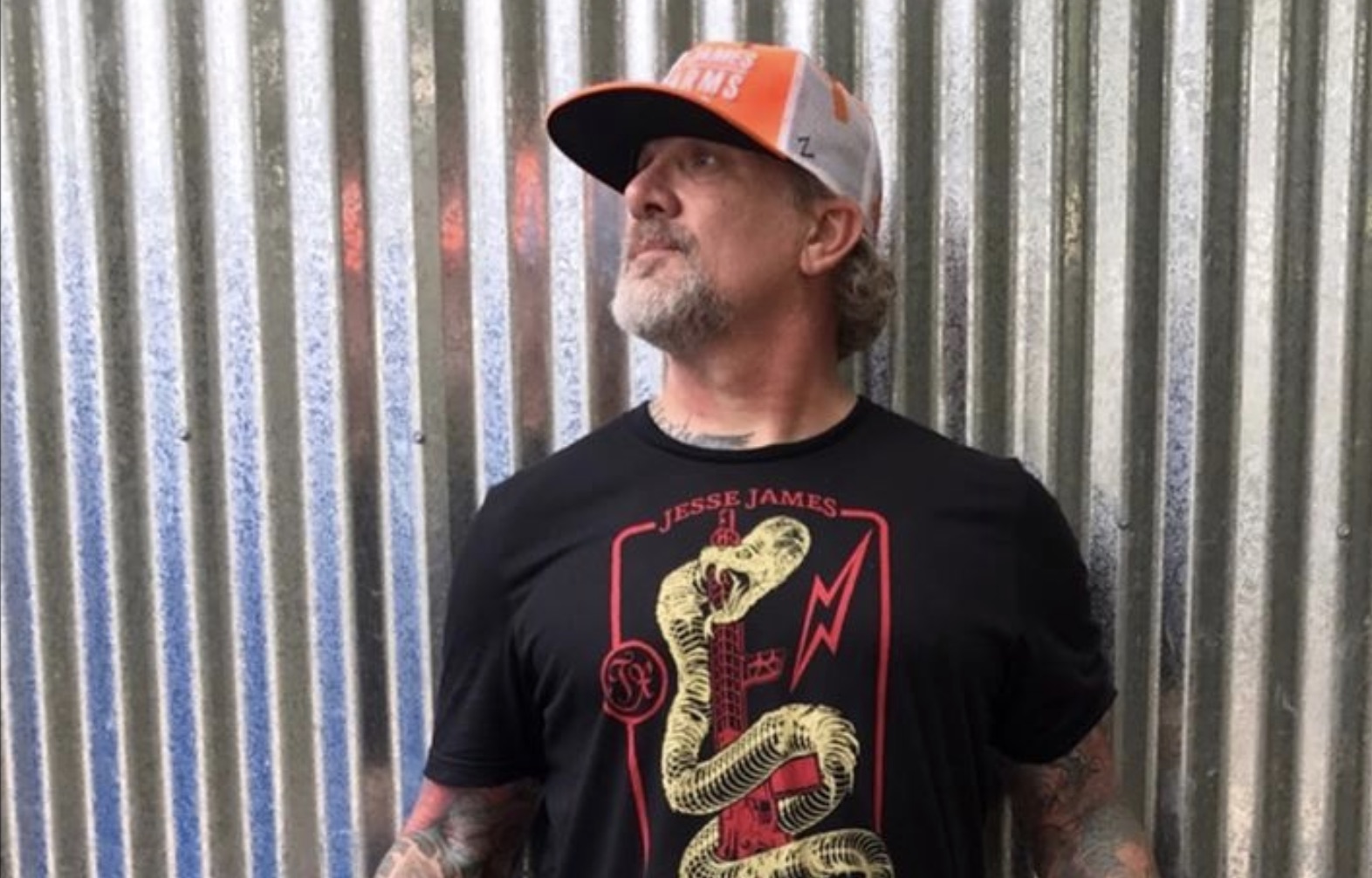 Monster Garage starring Jesse James is returning to the Discovery Channel. The founder of West Coast Choppers is coming back to television after a 14-year hiatus. What do fans need to know now?

Jesse James Is Back With Monster Garage

According to The Wrap, Jesse James is ready to blow viewers’ minds. James is now in Austin, Texas and his rebooted show will be airing on Motor Mondays. He has “an upgraded garage, cutting-edge technology and a renewed passion for creating some of most mind-blowing vehicles to ever drive across television screens.” Are you ready for Monster Garage?

Sounds impressive! Where has Jesse been the last 14 years? Traveling the world. The reality star honed his skills by apprenticing with world-renowned Israeli blacksmith Uri Hofi. Now, James wants to “inspire” the craftsmen of the future.

But first, he has a little unfinished business to attend to.

Already, Jesse James is causing some controversy. This has to do with Christo Doyle, his former producer. Doyle, who many know as the host of The Dirt, the Gold Rush aftershow, has worked on many Discovery shows.

But, back in the day, Doyle was Jesse’s Monster Garage producer for a while, and he has no interest in re-establishing that relationship. When the news that the show was returning, John Thomas tweeted to Christo: “Hmmm, do you have a new/old project to work on?” Thomas included the TMZ link to the article that Monster Garage was returning.

Doyle’s response? A definitive “No thank you.”

Then James tweeted, in a now deleted tweet about not being paid by Christo Doyle. Doyle’s upbeat response remains on Twitter: “The money was never my call and I don’t lie. Ever. All I focused on was making your shows great. I worked very hard to make you shine on Monster Garage, fought hard to have you on Chopper Live & was 100% behind Outlaw Garage. I wish you nothing but the best of luck.”

So why was Doyle quick to say no when asked about working with James again? Perhaps this tweet says it all. “Hey @popeofwelding [Jesse James’ handle], remember when you put my cell up on Twitter? That was hilarious. Congrats on the new Monster Garage.”

It would be hard to imagine anyone, let alone a television producer, being happy about their cell phone tweeted to 155k Twitter followers.

Sandra Bullock’s former spouse certainly loves to court controversy, and that includes his father’s former business partner, Barry Weiss. Weiss, best known for Storage Wars. Speaking to Graham Bensinger, James explained that Barry and his dad were in business together. They were antique collectors who were commissioned to supply the TGI Fridays restaurants with their iconic antiques.

But the reality star claims that there was a shady side to their business. He hinted that there were drugs involved and visits to Knott’s Berry Farm at 3 a.m., for business, not pleasure.

According to TV Shows Ace, Barry Weiss is Jesse’s godfather. Could he be paying his godson a visit to Monster Garage? Or will he also avoid more Jesse drama?

Jesse James is Looking for You

Jesse James is looking for skilled mechanics to build with him. He posted on Instagram instructions on how to apply. Maybe you will be on the Monster Garage reboot?

This is not the first show that Discovery resurrected. Just a few years back, TV Shows Ace reported that the Discovery Channel rebooted American Chopper. They aired two seasons and now there will be an American Chopper special two-hour episode.

Although the Teutuls had done 10 episodes before, the reboot started back at Season 1. It is not clear if Monster Garage will restart their season number. That, along with more details are forthcoming.

Be sure to check back with TV Shows Ace for the latest on Discovery shows. Monster Garage will air on Discovery on Motor Mondays, sometime in 2020.