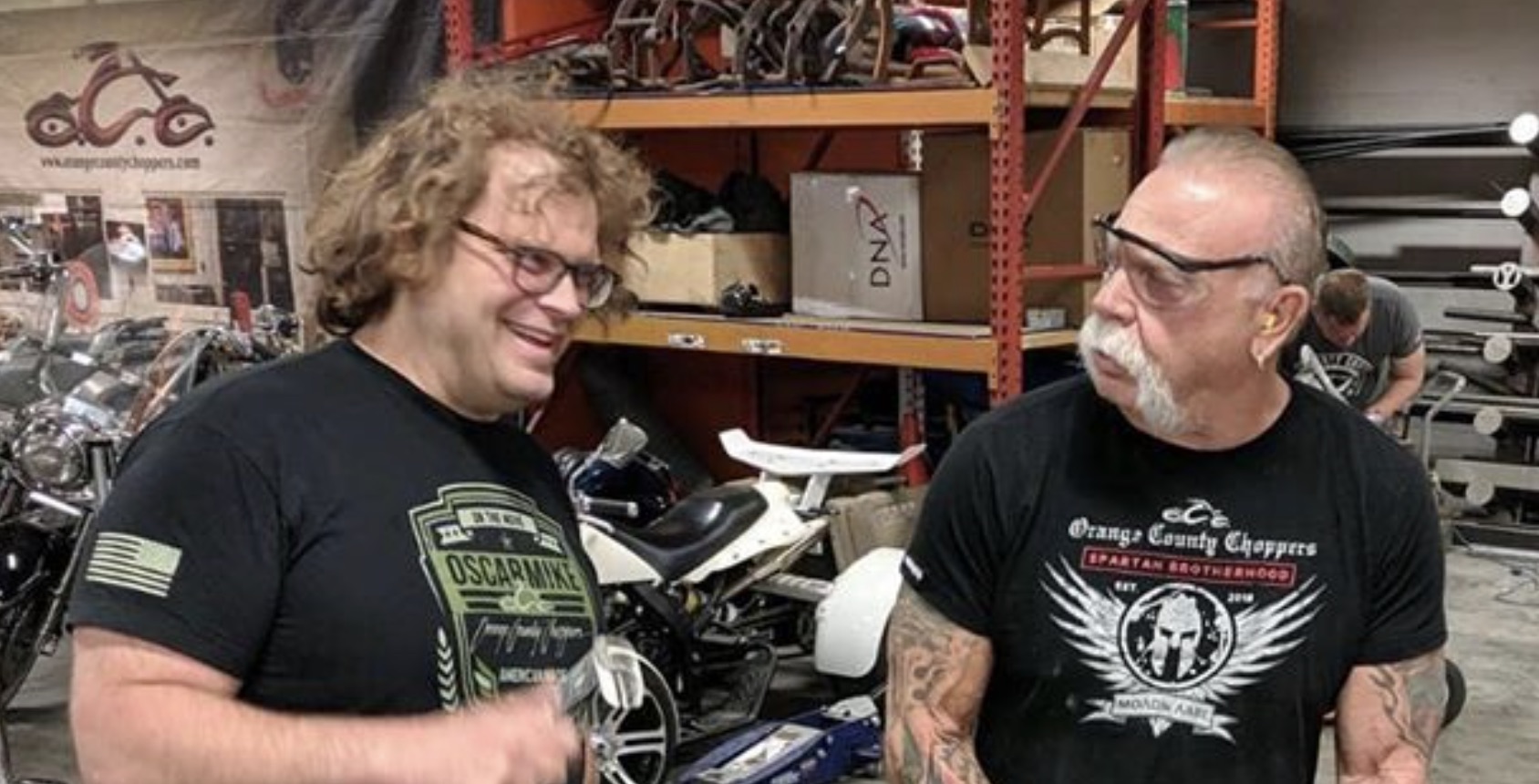 American Chopper star Paul Teutul Sr. has learned that even worldwide fame does not exclude you from following intellectual property rules. Senior and son Mikey have been sued by a photographer for nearly $260k, adding more financial woes. What is the latest with the reality star?

American Chopper stars Paul Teutul Sr. and his son, Mikey Teutul were sued by a photographer. According to MSN,  Teutul must pay the photographer $258,484.45 for using his artwork without permission.

The Teutuls used a photo for t-shirts, hoodies and even one of Mikey’s art exhibitions without obtaining permission. There was a signature on the photo, identifying ownership, but it was removed by the Teutuls. This could have indicated that they were aware that the photos were owned by someone else.

Although Paul Teutul Sr. is likely familiar with copyright and intellectual property rules because of the artistic value of his business, it is a bit of a surprise that he and Mikey made the decision to use this photo without getting proper permissions.

In February 2019, TV Shows Ace reported that Senior has had a lot of financial woes in the past year. First, Senior filed for bankruptcy protection in 2018. Added to this financial problem, his former business partner sued him for fraud. Then, his seven-figure home in Upstate New York was in foreclosure. The bespoke home finally did sell in June 2019.

Currently, Page Six has shared that Paul Teutul Sr. is still working out the details of his bankruptcy. This six-figure verdict could likely be part of the final bankruptcy settlement.

Senior certainly needs a good paycheck. Will American Chopper be back anytime soon?

When Is American Chopper Returning?

Although American Chopper is not returning in its usual format, TV Shows Ace has reported that the Discovery show is returning for a special. The Teutuls are reuniting for a two-hour special episode. They are filming at the original spot where OCC began. This is at Stone Castle Road, in Rock Tavern.

What is rather odd is how long they have been filming this two-hour “exclusive” special. They began in early December and Paul Jr. posted on Instagram a photo of their last day, which was right before Valentine’s Day. But perhaps Senior’s legal woes and the Christmas holidays put some filming on hold.

As of now, Discovery has not revealed when they will air this American Chopper special. Some comments on Junior’s Instagram ask if this is the final episodes. So far, Discovery has not said a word on whether there will be a regular season released. Until then, fans can get excited for this Teutul reunion, even if it is temporary.

Be sure to check back with TV Shows Ace for the latest Discovery Channel news.