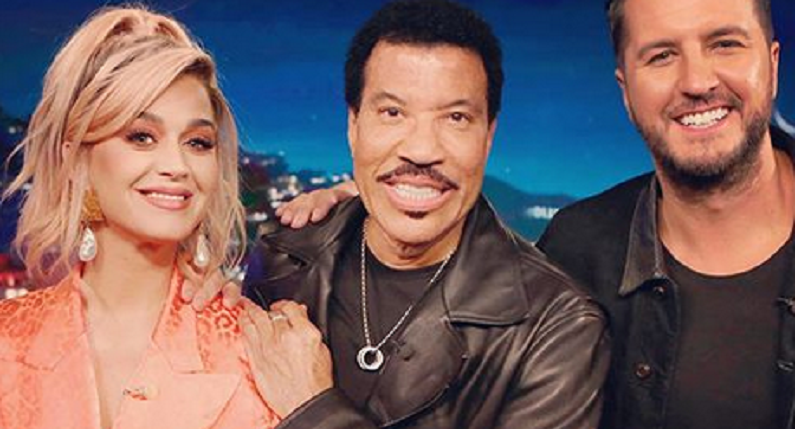 Katy Perry collapsed in the middle of the American Idol auditions, as reported by TV Shows Ace. She, along with her co-judges, Lionel Richie and Luke Bryan, were filming auditions at the Sunriver Resort in Sunriver, Oregon when they could smell gas. Before they could think, firefighters rushed to the scene and told everyone to leave the building. It turns out there was a gas leak onsite of the resort.

American Idol judge thanks first responders for saving her life

Katy Perry is extremely grateful to the first responders who rescued her during Sunday’s episode of American Idol. The abrupt gas leak led to her collapse on set of the show. As People reported, Katy tweeted her gratitude while the episode aired. She included a clip of herself hugging one of the firefighters who tried to de-escalate the situation.

“Big shout out to all our first responders around the country,” she tweeted. “Thanks for risking your lives every day…and all night long #AmericanIdol.”

Me alerting the group chat about drama in real-time 🤳🏻 Tune in to #AmericanIdol NOW West Coast! 📹: @manthony783

People first shared the footage of Katy Perry’s collapse on Thursday, February 20. The scene was featured in an upcoming promo for Sunday night’s episode. Katy and her co-judges first smelled the gas leak when they were inside waiting for the next audition.

Katy stood up from her chair. It appeared that she wanted to go outside to get some air.

“I have a slight headache from it,” Katy exclaimed. “Oh it’s bad, it’s really bad.”

The next thing the judges knew, they had to leave the building.

Everyone in the building was evacuated as firefighters showed up to the scene. Luke said that the situation was “not a joke” and there really was a gas leak inside the resort. In the next shot, Katy falls to the ground. Thankfully, all three judges are okay. Also, emergency crews discovered that the issue was inside the resort’s kitchen.

Big shout out to all of our first responders around the country – thanks for risking your lives every day…and 🎶 all night long 🎶 #AmericanIdol 🙏🏻 pic.twitter.com/QYSfLu2vkO

“You saved me,” Katy is heard telling the firefighters in the clip. The judges even invited three of the first responders to audition. They sang Lionel Richie’s classic song “All Night Long” and earned golden tickets to Hollywood. The horrific scene turned into a heartwarming moment.

This is her third time as a judge on the ABC series, which had a 15-season run on Fox. She called the new season “a fast track mentorship program” at an American Idol Q&A earlier this month. Katy exclaimed that the third season is the most talented season yet.

“I think true artists and true stars are coming out of Idol again,” she explained.

Lionel agreed that there is more talent with “more attitude” this year. There were times when all three judges had to dial down the attitude on some of the contestants. But Lionel feels that this season is already better than the previous season. Luke added that viewers will learn more about the “backstories of the kids” who get to audition this season.

“We get to watch the premiere like America gets to watch it. We get to fall in love with these contestants and their ups and downs and their paths to get here.”

American Idol airs on Sundays at 8 p.m. ET on ABC.