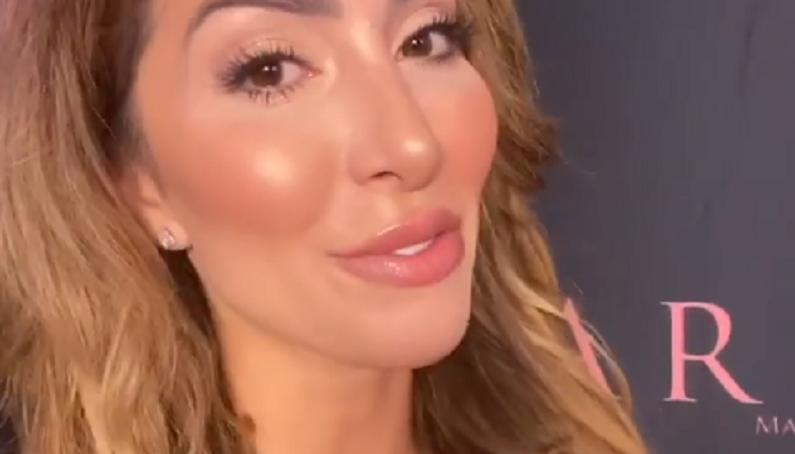 Farrah Abraham has no interest in speaking with her Teen Mom cast members. She’s only on an “executive level” with the show because that’s how she considers herself. It’s clear that the cast is not on good terms with Farrah. The Teen Mom became the most controversial cast member of the entire MTV franchise.

She also stirs up controversy with her own fans. On Instagram, Farrah posts controversial videos of herself with her daughter, Sophia. Some of those videos have fans concerned with her daughter. Now, Farrah is revealing whether she keeps in touch with her former Teen Mom costars.

Us Weekly met up with Farrah Abraham at Regard magazine’s 10-year anniversary on Thursday, February 20. The event was held in Los Angeles to celebrate women in television and film. So, what better way than to ask Farrah if she keeps in touch with her female counterparts? She made it clear that she’s not on friendly terms with them.

“I talk to the creators and the executives surrounding that,” Farrah explained. “I’m just on an executive level, and that’s where my life is. I don’t speak to people who don’t support me or bash me, who have tried to hurt me or my family.”

But she has nothing but good things to say about the cast members. “I wish all of the women all of the best,” she continued. “I think that’s great – keep doing what they’re doing!”

Farrah was removed from Teen Mom OG because of her ties to the adult film industry. She also caused trouble with the other cast members on set of the series. Her abrupt exit was confirmed in an episode from the MTV series that aired in March 2018. Farrah was seen having a conversation with the show’s producer Morgan J. Freeman.

Farrah Abraham has fans concerned again over her new video

The Teen Mom alum has been open about her plastic surgery procedures. But fans feel that she has had too much work done. The reality star posted a new video to her Instagram Stories, as reported by OK! Magazine. Farrah shared a video of herself driving Sophia to shoot her first music video.

Even though it was an exciting moment for Sophia, fans couldn’t stop talking about Farrah’s appearance. Most of them flocked to Reddit to comment over her new look. Here are just some of the comments:

Most fans claimed they haven’t seen a photo of Farrah in forever. Unlike other reality stars, she mostly posts videos rather than selfies on Instagram. The MTV star has been honest about the plastic surgery procedures she has gotten done over the year. She has shared her experience with butt injections, lip fillers, and vaginal rejuvenation.