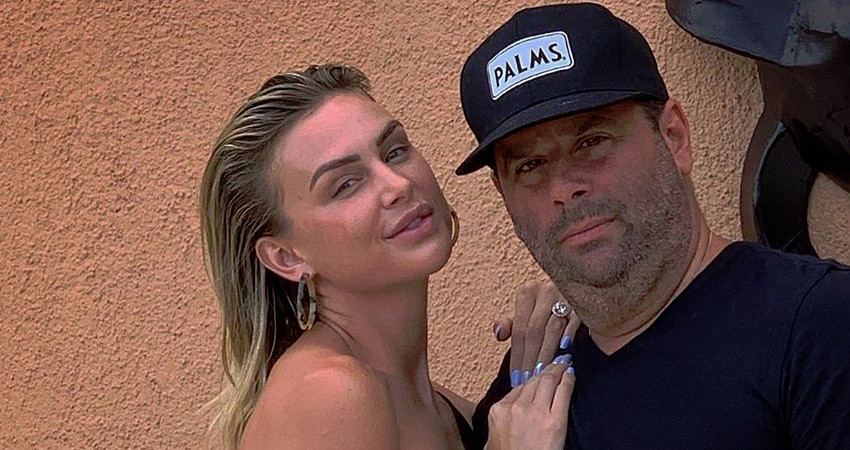 Vanderpump Rules fans have impatiently been waiting for Randall Emmett’s first appearance on the hit Bravo show. In late 2019, Lala Kent opened up about getting her fiance to finally agree to let the cameras film him.

Viewers first learned that Lala had a man in her life during her early seasons, but no one was allowed to say his name for a while because he was still married. Randall divorced actress Ambyr Childers in 2017 and announced a month later that he was dating Lala. The couple got engaged in 2018.

Lala and Randall’s wedding is in April of 2020. The Hollywood hotshot has been counting down the days.

So far, Vanderpump Rules has seven episodes under its belt for Season 8. However, much of the focus is on the new cast members. Fan favorite James Kennedy and his girlfriend, new SURver Raquel Leviss, have only made a handful of appearances. Randall Emmett has been nowhere to be found.

On the upcoming episode, airing February 25, fans finally get a glimpse of how the couple interact with one another. But first, Lala gushes about her fiance in a one-on-one interview. She says,

“I am engaged to my soulmate Randall Emmett. He is kind, he is generous. He makes me feel on a daily basis that I am the best person on the face of the earth,”

Bravo posted a preview clip of the couple talking about her moving in after the renovations on the film producer’s home are complete. Then Lala teases Randall about his close friendship with VPR’s Jax Taylor. The aspiring actress jokes that the BFFs text more than she texts with her mom.

Her fiance laughs her teasing off and says he relates to Jax more than the others because they are closer in age. In fact, Randall hosted one of Jax’s bachelor parties after his friend had a falling out with Tom Sandoval at the Season 7 reunion.

Lala has been begging her man to appear alongside her on VPR for several years. Randall finally relented, wanting to give fans a look at a different side of his fiancee.

Proof that it is a small world after all, Randall posted a cute video on his Instagram of his groomsman. In the video, he reveals that he forgot to send an invitation to his close friend who is in the wedding party. He introduces followers to Hollywood agent, Jason Trawick.

Except Randall’s followers thought he looked mighty familiar. Randall confirmed in the comment section that his groomsman and Britney Spears’ one-time fiance are one and the same. Many commentators offered to be the groomsman’s plus one.

Reality Blurb reports that Stassi Schroeder and Lala found themselves in a situation recently. As fans know, Stassi is marrying Beau Clark later this year in Rome, Italy. Stassi may not have her bridesmaids picked out yet, but she does have the color of their dresses chosen: ivory and white.

According to Stassi, Lala almost picked the same colors for her own bridal party. The best-selling author says,

“We talked about it and then her stylist, the following day, convinced her that having white bridesmaids dresses is what’s cool and chic and so then Lala was like, ‘Fine. I’ll do that.’ And that’s what really just enraged me.”

Luckily cooler heads prevailed and Lala went with a different color. Fans won’t know much about Lala’s wedding, as she’s chosen not to let Bravo film it. Stassi, on the other hand, may just get her own wedding spin-off.

Lala & Rand have started a new podcast together. You NEED to check this shit out. It’s hilarious, raw, unfiltered. They’re a dynamic duo. And I’m their first guest. So there’s that. #givethemlalawithrand

Vanderpump Rules airs Tuesdays on Bravo. Tell us below in the comments if you’re excited to see Randall join the show.