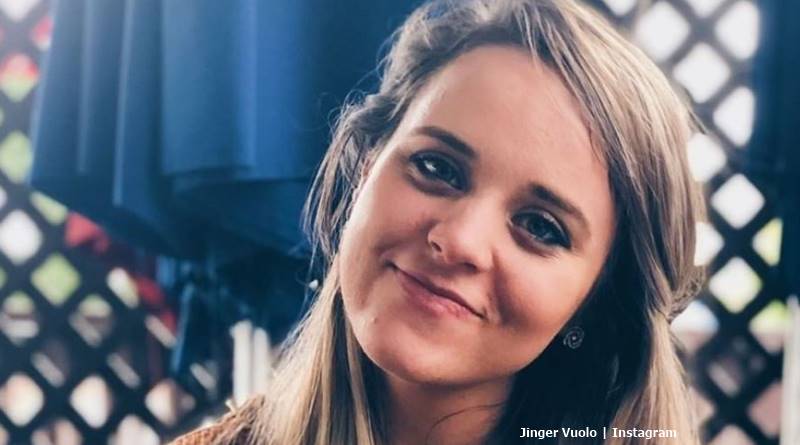 Duggar fans love Jinger Vuolo for not popping out loads of babies like her siblings. But at the same time, they also wait on a pregnancy announcement. Every photo gets scrutinized to see if she’s hiding a baby bump. And now, a photo of her daughter Felicity made some of them think Jinger Vuolo hinted she’s pregnant and it may be a boy.

Duggar fans hope for another child for Jeremy and Jinger Vuolo

TV Shows Ace reported that many fans wonder why Jinger waited a long time to get pregnant. Then, she didn’t fall pregnant straight away after Felicity came along. Many fans profess their admiration that she broke the mold of her parents siblings in that respect. Yet, at the same time, they hope she births a few more kids.

Speculation surrounds the reasons why they might not produce a lot of children. These involve possible fertility issues, a fear of childbirth, and the possibility that Jeremy’s not keen on more kids too soon. Romper noted that Jinger said she feared the pain of childbirth. Still young, the couple seems perfectly content in Los Angeles with their adorable daughter. But sometimes Duggar fans really scratch for hints, and this time, it came from a photo of Felicity.

The photo of Felicity that fans think’s a pregnancy hint

On Tuesday night, Jinger shared an adorable picture of Felicity. It looks like a studio photoshoot. Standing in her pink dress with a big bow on, Jinger captioned it, “When you’re blessed in life with a gift this precious, you put a bow on it. 🎀.” Plenty of fans reacted to the photo. One of them noted that Felicity’s a blessing and asked if they plan on another blessing.

Well, loads of loyal Duggar supporters went after the person for asking such a personal question. Endless arguments later, about the ethics of free speech saw some other comments emerge. And down there, the speculation arose that the photo actually could hint that Jinger’s pregnant again. And, in fact, fans thought maybe she expected a boy. Actually, more than one person agreed with that thought.

The hint that Jinger’s expecting a boy

It doesn’t take much for fans to dream up a theory or see a hint in a photo. But, they managed to make something of the color of the bow on Felicity’s head. You see, the dress was pink but the bow was pale blue. One follower wrote, “Does the blue bow mean baby boy soon? Or preggers announcement with the pink and blue????” Another follower answered, noting, “that was my first thought.” And another Duggar fan also said the same thing.

When you're blessed in life with a gift this precious, you put a bow on it. 🎀

What do you think about fans taking Jinger Duggar’s photo as a hint that she might be expecting a baby and that it will be a boy? Do you think that’s reasonable? Or are they just trying way too hard in hoping for baby news? Sound off your thoughts in the comments below.