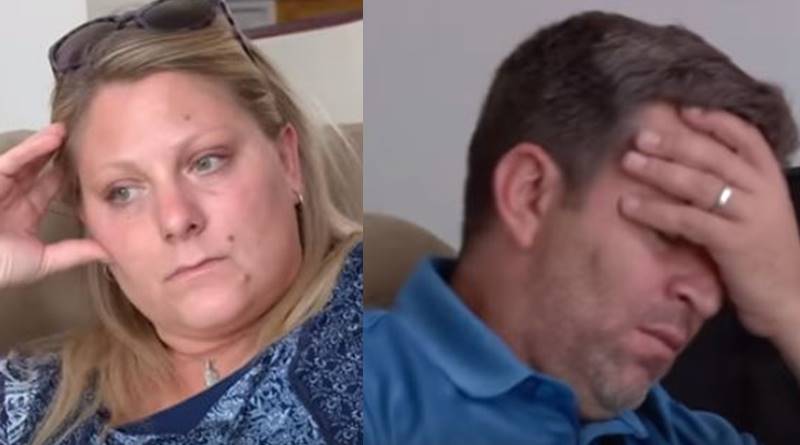 90 Day Fiance fans saw that Anna and Mursel finally married. The next episode that airs will be the first part of the Tell-All. It comes to TLC on Monday. Fans on social media hope something interesting goes down at the Tell-All, as mostly, the season bored them. Well, it looks like part one is quite emotional, with Anna breaking down in tears.

A preview of Monday’s show dropped, and it shows a very emotional Anna crying abut Mursel leaving her. Recall that we saw both of them unhappy when he broke the news to her in the show. Well, he went to Turkey but later returned. While there, it looked like he persuaded his parents to ease up on the idea of him marrying Anna. The family, traditional, hold strong feelings about women with kids. Anna wept as she couldn’t believe he went along with them and didn’t put her first.

Last week, we saw that the only kid who seemed happy about the wedding was Leo. The other boys don’t like him much. Plus, her mom refused to attend as well. Initially guarded about the Turkish beekeeper, things only went downhill after he hurt Anna so much. Now, the 90 Day Fiance preview shows them screening a bit of that on the Tell-All. Anna wipes her eyes, and then Shaun Robinson asks Mursel why he went back.

Mursel in a bad place in the USA

In reply to Shaun, Mursel explained that he felt very alone in Nebraska as he had nobody to talk to. His English isn’t good and he couldn’t express himself very well. So, he couldn’t even turn to anyone for advice. However, if it happened all over again, he now believes he’d just say no to his parents’ demands that he leave Anna. Well, Syngin Colchester commented that it was a “tough” call.  He added, “To see you both here gives me relief.”

Bryson, Robert’s son got  a bit teary as well, and even Sasha looked down, saying that’s all “too much.” Well, Anna and Mursel upset and crying’s nothing new to viewers of 90 Day Fiance. So, it’s not clear if too many tears will come from them. Especially the Twitterati who hated on both of them. But, for those hoping for more drama, at least they heard about Angela Deem bringing some spark to the Tell-All.

TV Shows Ace reported that the @mommy_says_bad_words account on Instagram shared a clip showing Angela behaving badly again. In that clip, Angela turns her behind to the screen and yells “so kiss this white trashy *ss.” Then she yells. “I’m the classiest, trashiest B***.” Then, she demands they get whoever it is off the screen or she walks out.

Well, 90 Day Fiance fans love to hate Angela and compared to weepy eyes involving Anna and Mursel she sounds way more spicey. Probably, even Angela’s haters would prefer watching the veteran drama queen. In the meantime, you can watch the preview about Mursel on this link.

What do you think about the preview showing Mursel and Anna Campisi getting all emotional? Are you looking forward to the Tell-All for Season 7? Sound off your thoughts in the comments below.