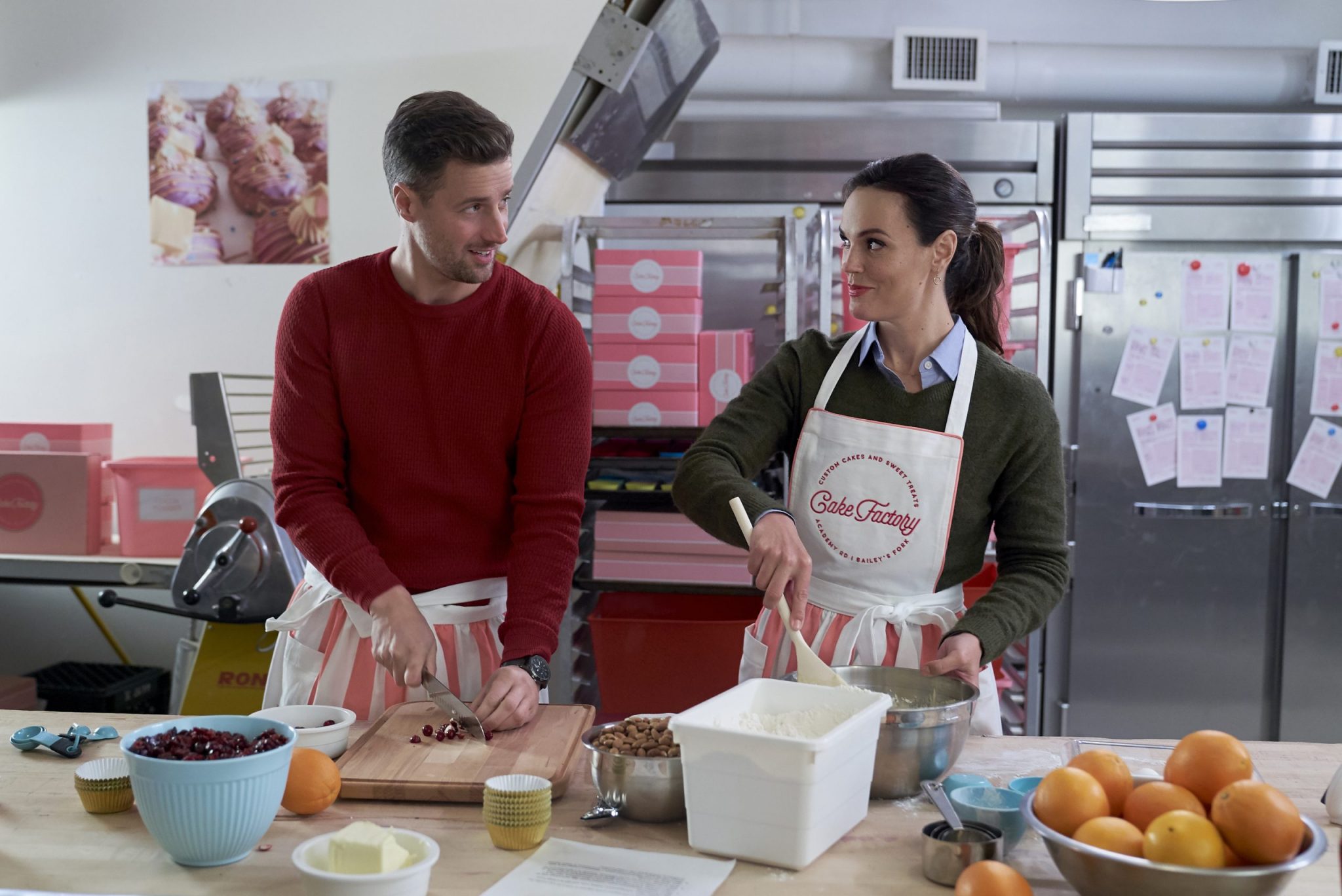 What Is The Secret Ingredient About?

Love is the last thing on Kelly’s (Cahill) mind. The former waitress is now the talented owner of the scrumptious bakery, The Cake Factory. This is a bakery that makes more than over-the-top cakes. This is a dream world of sugary concoctions.

Not everything in Kelly’s life is so sweet. Kelly got burned by her high school sweetheart and ex-fiancé, Andrew (Penny) when he took off for a prestigious Parisian culinary school, leaving her, and their dreams of working together behind. But, he went from working his parent’s diner to become a world class chef. Yet, at what cost? This once sweet romance between two chefs became so bittersweet, Kelly could not even say goodbye to Andrew.

According to the Hallmark Channel website, some time has passed. the two are now serendipitously reunited in a Valentine’s Day Bake-Off. This show is hosted by Maneet Chauhan. Hallmark’s culinary fans should know the talented chef Maneet from Chopped. Turns out, Andrew has returned to compete in this show as well. But, none of the contestants know who they are competing with until it comes down to the final two. You know who those two will be!

After the competition is done, Andrew needs to return to Paris, but will he leave now that he knows the secret ingredient?

Lots of good chemistry between Brendan Penny and Erin Cahill in this romance. But dieters may be warned, there are oodles of sugary creations that will make even the most staunch calorie counter break out the baking supplies.

This is the first Hallmark published novel brought to television. The Secret Ingredient is written by bestselling novelist, Nancy Naigle.

Where Can You See Hallmark’s The Secret Ingredient?

Love Ever After Movies

Are you ready for more Love Ever After? February is Hallmark viewers have been enjoying these wintery romances.  TV Shows Ace has been reporting on Love Every After 2020. The movies are showing throughout February and into March.

The first Valentine’s themed movie for 2020 is A Valentine’s Match, starring Bethany Joy Lenz and Luke Macfarlane. This is a quirky and romantic story about matchmaking moms who try to correct a broken relationship. The second Valentine’s Day themed movie is Matching Hearts, starring Ryan Paevey and Taylor Cole. The chemistry is sizzling between a matchmaker and a small business owner who advises others to stay single in order to succeed.

There are two more Love Ever After movies. First is Love In Store, starring Alexandra Breckenridge and Robert Buckley. This is a story about enemy shopping network co-hosts who find love, after she is publicly humiliated. And on Leap Day is the Bad Date Chronicles starring Merritt Patterson and Justin Kelly. When a woman who hosts a website, the Bad Date Chronicles, where people can share their bad dates, she runs into a bit of a challenge. One of those bad dates is a rival blogger! Now they are challenged to date and see who really is the bad dater.

Be sure to check back with TV Shows Ace for the latest Hallmark news. The next of the 2020 Love Ever After movies, The Secret Ingredient, premieres on Saturday, February 15, at 9 p.m. Eastern, on the Hallmark Channel.