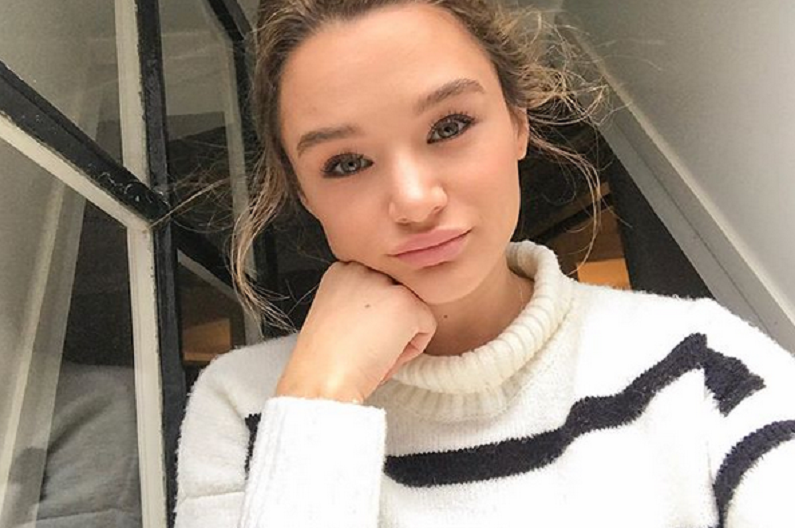 Y&R fans know Hunter King as Summer Newman. But now she’s been cast as the lead role of Abigail Lansing in a new ABC comedy called Prospect. The actress even made the announcement on social media. The show is said to be told from a feminist perspective.

This brings up concern about her future on the CBS daytime soap. Obviously, the actress sees this new role as an opportunity, as evidenced by her Instagram page. But she’s made it work before.

Y&R fans may remember when Hunter played Clementine on CBS’ Life in Pieces for four seasons. She started as a recurring role in Season 1 and was bumped up to series regular by Season 2. She was able to bounce back and forth between the CBS sets. Now that Hunter has scored the lead in a pilot, she may move on from her soap opera past.

As Deadline first reported, Hunter landed a role on the new ABC comedy Prospect. Hunter’s character, Abigail Lansing, is an awkward and smart girl who always sees the positive side of things. She has also learned a lot about 19th century feminism. Abigail moves from her hometown of Boston to the western prairie town of Prospect to start her teaching career.

Someone pinch me because I can’t believe this is real! I feel like the luckiest girl in the world right now. I’m so unbelievably excited to be a part of this amazing pilot. Thank you thank you to everyone who helped make this happen! And thank you to everyone at ABC! @snufflemanager @queenmfine @masterkingmom *link in bio for the whole article*

She quickly learns that life isn’t all that it’s cracked up to be when she deals with the male ranch hands. Even her accommodations are more awkward than to be expected. Abigail wants to make Prospect work for her – not the other way around. The comedy pilot is from the creators of I Hate My Teenage Daughter, Ellen Kramer and Sherry Bilsing-Graham. Randall Einhorn (The Kids are Alright, The Mick) will direct and produce the series. Bilsing-Graham and Kreamer will serve as writers and executive producers along with Einhorn.

Hunter may play a woman who enjoys the company of men, but her heart only belongs to one man in real life. The actress opened up about her relationship with her fiancé, Nico Svoboda. In an interview with Soaps in Depth, King said they first met in the hallway of CBS Studios. Nico works behind the camera for both Young and the Restless and Bold and the Beautiful. King immediately knew that he was the one for her.

“We’re best friends. It’s easy to hang out and talk about nothing. We don’t need to go out to have fun. It’s just fun to be home with him. And he gets along with my family. It’s nice to have your best friend as your life partner. As long as you have a friendship, I feel that’s so important!”

Hunter admitted that their first date wasn’t perfect. She wasn’t sure how he felt about her. Nico refused to kiss her because she had to prepare for a love scene the next day. Even though it gets awkward when she films kissing scenes, he understand that it’s part of the job. But Hunter admits she was relieved when he Nico got a job on B&B.

It’s too early to tell if Hunter King will leave Y&R. It’ll be interesting to see how this plays out. Check back with TV Shows for the latest Y&R news.