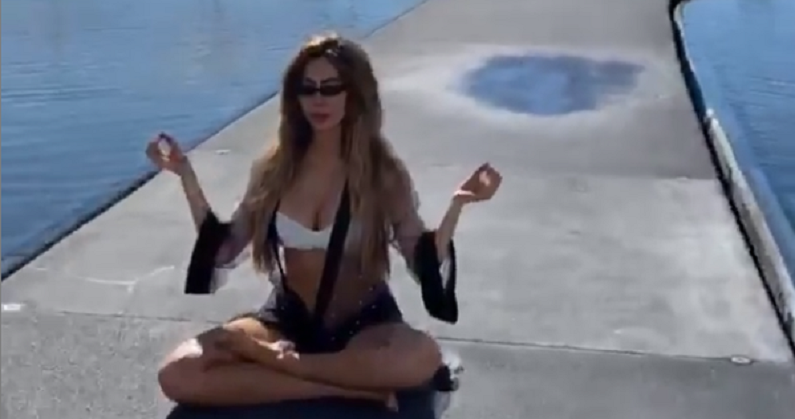 Farrah Abraham has a new boyfriend that she wants to impress. The Teen Mom alum revealed that she has undergone her third vaginal rejuvenation treatment. It’s her third procedure in two months. The reality star is no stranger to putting her life out there despite the hate she gets. She shared the details of the procedure with her followers on Instagram.

Farrah invited her social media followers to her latest beauty appointment. As OK! Magazine reported, she shared her third vaginal rejuvenation on her Instagram Story. The clips show the MTV star inside of a doctor’s office. Farrah lets it all out on her Instagram account, as she always does.

It’s clear that she wants to keep her body in tip-top shape. She also wants to keep her new boyfriend satisfied. Farrah Abraham took her followers into a deeply intimate journey on her Instagram Story, as reported by OK! Magazine. This is the third time that she’s had this procedure. Farrah undergone her first vaginal rejuvenation procedure back in December 2019. She followed up with a second procedure in January 2020.

In the series of videos, Farrah claims that she’s already experienced results. She shared the positive effects from her procedure. Some would say that Farrah’s videos are TMI.

“Oh it’s working, it is so tight we are adding extra lubricant today,” she told her followers.

“This is true,” her doctor responded.

She then shared a photo of the machine that the doctor was using on her. Vaginal rejuvenation is a treatment that has several procedures. Some of the most common procedures includes clitoral hood reduction, labia majoraplasty, labiaplasty, monoplasty, and vaginoplasty, according to the American Society of Plastic Surgeons.

Each procedure changes the shape and elasticity of the female genitalia, especially after birth or menopause. But, the FDA warns that these procedures can cause “serious risks” and side effects, such as genital warts, pain during sex, recurring pain, scarring, and vaginal burns, as reported by Medical News Today. This could pose as a problem for Farrah and her new rumored boyfriend.

Even though she previously admitted that she wasn’t dating, she’s been spotted with a new guy. Her vaginal rejuvenation isn’t all that she’s been sharing lately. Farrah Abraham shared countless photos and videos of herself with a mystery man during her trip to Mexico. Amid the CPS rumors, Farrah shifted the focus on her love life, as reported by TV Shows Ace.

The Teen Mom OG star and Daniel Ishag were vacationing in Mexico, according to a separate OK! Magazine report. The new couple packed on the PDA during their weekend getaway. Farrah and Daniel have not confirmed the dating rumors. But their Instagram Stories showed that they were more than just friends on their trip. The two traveled to Mexico to celebrate Daniel’s birthday.

Not only has Farrah Abraham got vaginal rejuvenation, but she’s also admitted to getting butt implants in the past.

Check back with TV Shows Ace for the latest news on your favorite Teen Mom stars.