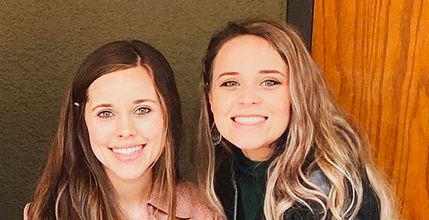 In Abbie’s birth special, she and her sisters-in-law had a discussion about the epidural. This was when the Duggar family visited John and Abbie to meet the baby. During this chat, Abbie mentioned how it made a big difference for her. She said she’d probably still be in labor if it wasn’t for the epidural.

Abbie’s sister-in-law, Lauren, said, “I’m glad you had an epidural because I know when you get exhausted, you’re just like, out.” But, as it turns out, Lauren’s epidural didn’t really work. Another one of Abbie’s sisters-in-law, Kendra, said, “Sometimes it helps you just relax.” Then, Jessa Seewald chimed in and said, “Wow. Man, I’m gonna have to get an epidural next time.”

Jessa Duggar Seewald implies she will have more kids

Right now, Jessa has three children. Spurgeon is 4, Henry is 3, and Ivy is eight months. At the moment, she likely isn’t spending a lot of time thinking about when she will have kids again. But, it seems that her future is still on her mind.

When Jessa was talking with her sisters-in-law, she mentioned “next time” in reference to having kids. So, it seems that she plans on having more children.

It’s worth noting that Ben Seewald, Jessa’s husband, has mentioned that he doesn’t want to have a huge family.

Jessa is one of the Duggar women who has opted for home births. With her first son, Spurgeon, she gave birth at home. After giving birth, she had to go to the hospital due to bleeding that concerned her midwife. Her second son, Henry, was born at home with no issues.

Then, with Ivy, she had a plan. She said, “Our birth plan through this whole pregnancy was that we would deliver at a birthing suite at the hospital with a midwife there.” But, Ivy ended up being born on her couch after a difficult delivery.

Introducing ❤️Ivy Jane Seewald❤️ Click the link in my bio to read the details!

It doesn’t seem likely that Jessa is going to head to the hospital to have kids in the future. But, there’s always the possibility. Surely, this isn’t the first conversation Jessa has ever had about the epidural. So, she has to know how it works and that it’s an option.

There’s a chance that more Duggar women will choose to use modern medicine when they give birth due to Abbie’s positive experience.

What do you think of the birth special and that conversation? Do you see Jessa actually getting an epidural? Leave a comment below.