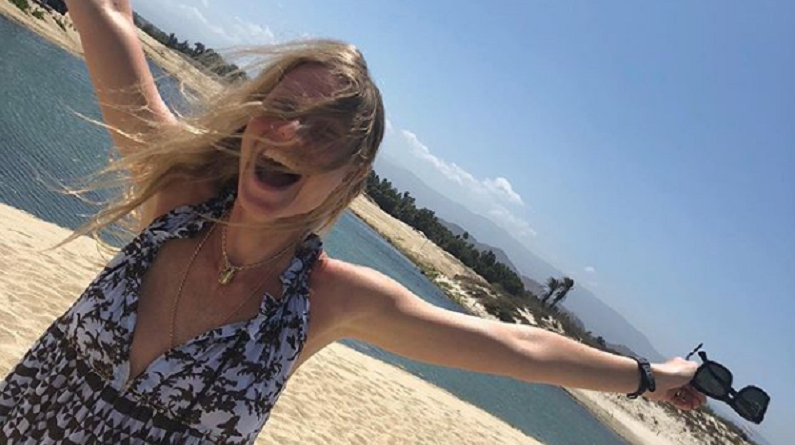 Gwyneth Paltrow’s new Netflix could be dangerous to your health. A British health chief slammed her new television show which promotes alternative health and wellness techniques. This could be dangerous for viewers who go along with her advice. The controversial new series covers topics such as energy exorcisms and vampire facials.

Everyone is aware with Gwyneth Paltrow and her GOOP brand. It’s no surprise that the actress is big on health and wellness. But some would say that the advice she offers should be taken lightly. England’s National Health Service chief executive Simon Stevens agrees. He warns those who choose to watch Paltrow’s show. He claims that some of the advice on the series could come with “considerable risks to health,” as reported by Page Six.

“Goop has just popped up with a new TV series, in which Gwyneth Paltrow and her team test vampire facials and back a body worker, who claims to cure both acute psychological trauma and side-effects by simply moving his hand two inches above a customer’s body,” he explains the disturbing new series in great detail, as reported by the BBC.

We took a deep drink from the fountain of youth. Elise, Wendy, and I tried to see if we could turn back the biological clock. Watch #thegooplab on Netflix now.

Each episode includes a disclaimer that reads the program is “designed to entertain, not provide medical advice.” In addition, Goop’s spokesperson said that their company is “transparent when we cover emerging topics that may be unsupported by science or may be in early stages of review.”

But Stevens fears that this “misinformation” could rapidly spread and cause a public health crisis. During an academic event on Thursday, Jan. 30, he claimed that the show titled The Goop Lab is full of “dubious wellness products and dodgy procedures.” He explained that most of these techniques are “a fertile ground for quacks, charlatans and cranks.”

The six-episode series shows Paltrow speaking to doctors, health providers, and researchers to explore various practices ranging from fasting diets to psychedelic drugs. The Goop Lab made its debut on Netflix on Friday, January 24.

Julianne Hough takes on one of Gwyneth Paltrow’s crazy treatments

The Dancing with the Stars alum is already on the GOOP bandwagon. Hough has been making headlines for her sexuality, transformation, and troubled marriage with Brooks Laich. She also took part in an energy healing video that had fans downright scared.

In a video that went viral on Twitter, the dancing professional participated in an energy healing demonstration with Dr. John Amaral, who worked with Paltrow in the past. The “crazy” incident took part at the World Economic Forum in Davos, Switzerland, as E! News reported.

Hough can be heard experiencing what could be an orgasm as the doctor lets his hand hover over her body. Her body also reacts to the doctor’s hand moving up and down her body without touching her. Hough has since defended that video. She claims that she feels more like herself again.

We hope to always be irreplaceable provocateurs in the cause for good. #thegooplab premieres this Friday, only on @netflix #glabel

“I feel so much more liberated on the inside that I can speak my truth clearly, stand in my power and not feel overtaken by emotion, my mind and I feel free inside myself to just be,” she explained on Friday, January 31.

In the comments section, her brother, Derek Hough commented: “This stuff looks whacky and crazy but diving into it with the understanding of pure energy is a pretty wild experience. Maybe head of its time but worth an open mind.”

This energy healing was also on a recent episode of The Goop Lab. What are your thoughts on Gwyneth Paltrow’s new show? Sound off below in the comments section.