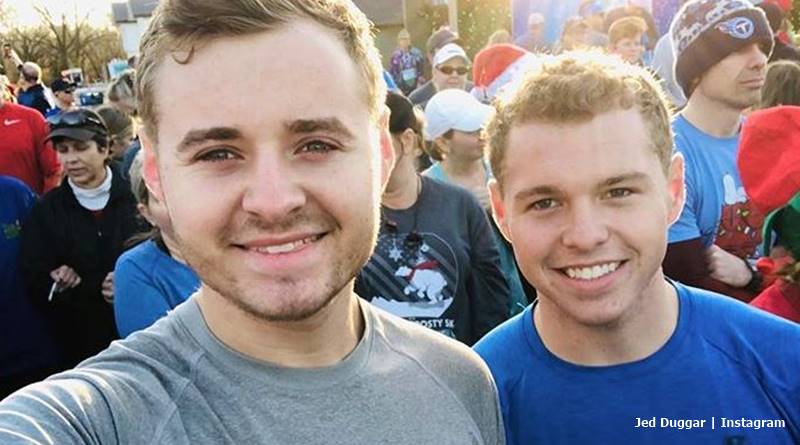 Counting On star Jedidiah Duggar joined Instagram late last year. And, fans wondered if that meant he was courting. After all, it’s only the married Duggars, or those courting who usually do that. Well, it turns out that he joined the social media site for his political career. But, maybe he plans to announce he’s courting, which might boost his image to the voting public.

TV Shows Ace reported in October, that Jed joined Instagram. Back then, with his first post up, he already had 1.5k followers. Fans straight up asked him if he planned to announce a courtship soon, but no answer came. Anyway, it soon became clear that he used Instagram for his political career. After all, soon after he got his account, he announced his “candidacy for Arkansas State Representative District 89 in Springdale.”

Actually, we noted that Jed kept things in the family when he appointed his twin brother, Jeremiah as his campaign manager. The outlet notes that in Arkansas, Jed’s dad, Jim Bob, did quite well when he ran for office. So, Jed’s not doing it without some guidance. Given the celeb status that Counting On and 19 Kids and Counting gave the family, the media’s likely to follow Jed a bit closer as the elections draw near.

Rumors persist that Kendra’s sister, Lauren Caldwell, could well be dating a Duggar. Rumors so far include Jedidiah, James, and Jason. But possibly, it might be Jedidiah. After all, Cheatsheet reminds fans that on Counting On, he admitted he’s looking for love, but they must meet his religious criteria and be respectful to their parents. It looks like Lauren meets those specifications. As the elections get closer, maybe he will announce he’s courting Lauren.

He may even announce he’s courting someone else. And that makes sense. He might be clean-cut and fit the bill for many people in Arkansas, but the Counting On star isn’t married. He’s not even dating–or he hasn’t announced that he is. And, Americans living in Arkansas like people with families. While Jedidiah is part of an extended family, he doesn’t have one of his own yet. Fortunately for him, he seems to have moved out of his parents’ home. So, that helps him appear to be a little more mature. But, he still spends plenty of time with his family.

Today I joined Springdale Mayor Doug Sprouse and hundreds of others from the area in a March for Life. Springdale affirms the value of human life at every stage as Arkansas' first pro-life city! . I am committed to stand for life and be an advocate for the unborn. Every human life is created in God’s image, and we must stand up for those who cannot speak for themselves! . #rightolife #whywemarch #prolifegeneration #arkansas #springdale

What do you think about Jedidiah running for elections but not dating or courting? Do you think that could lose him voters? Perhaps he plans on an announcement soon to coincide with his political career. Sound off your thoughts in the comments below.