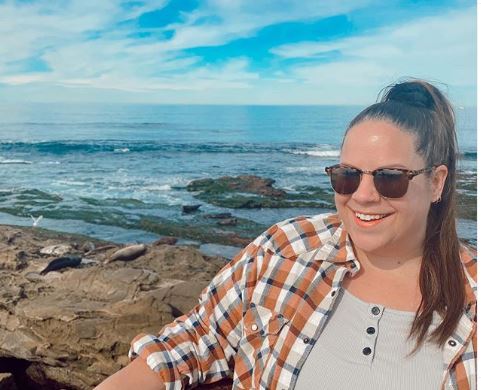 This season on My Big Fat Fabulous Life fans are getting to know Chase Severino. So far, fans have only seen that he is dating Whitney Way Thore. It turns out that there is more to this couple, though. Whitney already shared that they are now engaged. The wedding hasn’t happened just yet, though.

How are Whitney Way Thore and Chase Severino doing now?

It turns out that this couple is still going strong. Whitney Way Thore recently posted a photo on her Instagram that shows they are still together.

In this pic, Whitney is letting her fiance know she is on the way to him. He even replied to her on the post. Chase said, “I love this and I love you, wish you were here right now.” It does look like Whitney and Chase are still doing well together. Hopefully, they are working on wedding planning.

Getting to know Chase

Chase met Whitney through her business partner Ryan. They are really good friends. From the second that Whitney and Chase went on a date, it was obvious that sparks were flying. He obviously has a love for Whitney’s mom Babs as well. Check out the post he made on his Instagram recently.

No cheesy or corniness in this caption of the lovely Babs per @whitneywaythore request lol. Another episode tonight at 8/7C. Tune in!

Anyone that knows Whitney, realizes she has a love for her cats. It turns out that Chase has a dog he posts about on his account. Hopefully, they are all able to get along before the couple gets married. Chase does seem to enjoy having a good time and of course, spending time with Whitney.

It did take a bit for Buddy Bell and Chase to get through their issues. Buddy and Whitney have had a bit of a confusing relationship over the years. Buddy does follow Chase on Instagram, though. As the season of My Big Fat Fabulous Life continues, fans will be able to see how these two get along.

Don’t miss new episodes of My Big Fat Fabulous Life on Tuesday nights on TLC. They are followed by I Am Jazz.